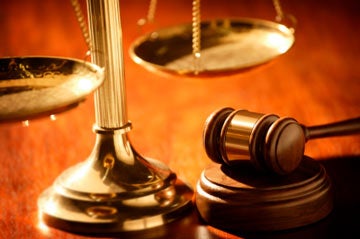 Note to managers: Telling an employee to find another job on her first day back from FMLA leave probably isn’t the best idea.
That seems to be the opinion of a federal district judge in Virginia, who ruled in favor of a woman who claimed she was fired in retaliation for taking medical leave.
The details:
Patricia Weth served as deputy treasurer of Arlington County, VA. Her boss was treasurer Francis O’Leary.
Weth served in that position for several years before she went on on medical leave to deal with cancer surgery.
The first day back on the job, O’Leary told her, “I want you just to go find a new job and tell me you found a new job and part our ways … (F)ocus on getting a new job; that should be your immediate priority.”
A month later, O’Leary suspended Weth and sent her home, saying she was being relieved of her duties and her only responsibility was to find other employment. Later, she was officially terminated.
Performance problems?
O’Leary said he took the action against Weth based on her serious performance problems — problems, he said, that predated her taking FMLA leave.
The judge acknowledged there was evidence that Weth’s performance wasn’t up to par. But there were a few weak spots in that argument.
The court pointed out that Weth had received a number of highly positive performance evaluations — including one within a year of the time she took FMLA leave.
What’s more, O’Leary had approved several salary increases during Weth’s tenure as his direct report.
In the end, the court said, “the timeline in this case is highly suspicious.” The judge sent the case to a jury trial — which means either an expensive court fight or an expensive settlement.
Painful reminders
What’s to be learned here?
First, it’s a clear reminder that handling employees returning from FMLA leave needs to be a very careful process.
Although courts have ruled that employers have the right to fire returning workers if they can prove the workers would have been terminated whether or not they took FMLA leave, the actual treatment of those returning workers can spell the difference between winning and losing in court.
Telling a returning worker — on her first day back — to find a new job isn’t an effective way to handle the situation, even if the employee legitimately deserves to be fired.
The other lesson here: Sugarcoating performance reviews is a dangerous practice. As this case shows, trying to avoid confrontation over an employee’s performance deficiencies often comes back to bite both the manager and the organization.
The case is Weth v. O’Leary. To read the full court opinion, go here.