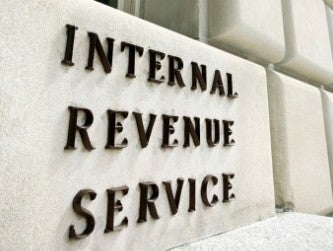 The IRS recently did something regarding the Affordable Care Act (ACA) it was adamant it wouldn’t do this year.
Despite consistent warnings to employers that it wouldn’t be granting extensions or “good-faith” penalty relief for this year’s ACA reporting, the IRS has decided to do just that.
In Notice 2018-06, the Service said it’ll be extending the deadline for distributing Forms 1095-B and 1095-C to individuals by 30 days.
These forms will now be due by March 2, 2018 – as opposed to the previous deadline of Jan. 31, 2018.
Where ACA deadlines weren’t extended: the date for filing Forms 1094-B and 1094-C (and Forms 1095) with IRS.
Those dates remain February 28, 2018 (paper) and April 2, 2018 (electronic filing).
In addition to the deadline extension, the IRS will once again offer penalty relief if your company can show you’ve made “good-faith” efforts at ACA reporting compliance.

The relief also extends to employers that report incorrect or incomplete info (on forms to individuals or the IRS) as long as they can show they made good-faith efforts to comply.
The IRS notice listed specific examples of incorrect/incomplete info such as missing and inaccurate tax IDs and dates of birth. It also gave some examples of what it considered good-faith efforts, such as:

This announcement by the IRS couldn’t have come at a better time for employers.
Reason: At the end of 2017, the IRS announced it would begin assessing employer mandates penalties on companies for their 2015 reporting.
Rather than a vague statement about a penalty letter being in the mail, the IRS revealed the specific letter it will issue (Letter 226J), when the letters will be issued (late 2017) and the time frame for which the letters apply (the 2015 calendar year or the reporting that was done in 2016). On top of all that, the agency also released an official sample of the letter it will be using.
The letters are based on info reported to the IRS on Forms 1094-C and 1095-C as well as the agency’s records of who received a premium tax credit.

Who gets a letter and what does it include?

If the feds determine an “applicable large employer” (ALE) company didn’t satisfy the ACA’s offer of coverage rules or had one or more of its full-time employees receive a premium tax credit for at least one month in 2015, the IRS will issue a Letter 226J.
According to the IRS’ Q&A response to Question 55, the letter will include: