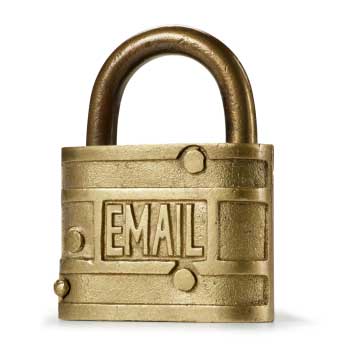 Not sold on the need for an airtight e-mail and computer use policy? Check out this twisted tale.
Those solid policies recently protected an employer that was being sued for pregnancy discrimination, retaliation, intentional infliction of emotional distress, and invasion of privacy — improperly reading privileged e-mails between the employee and her attorney.
Here’s a look at the complicated case:
Gina Holmes served as the assistant to the CEO of a California developer of retail real estate. When she took the job, she read and signed the company’s computer use/e-mail policy, which made it clear that all activity on company computers was open to monitoring by management.
Only a couple of months after assuming the post, she notified the CEO, Paul Petrovich, that she was pregnant and would need to take maternity leave.
That was July; she told her boss she planned to work up to her due date — Dec. 7 — and would then take six weeks of leave.
But a few weeks later, when Petrovich brought up the subject of covering her duties when she was out on leave, Holmes’ plans had apparently changed.
She told Petrovich she estimated her leave would begin around Nov. 15 — and she might be taking the full time allowed under state law: four months.
Petrovich wasn’t happy. “I need some honesty,” he wrote Holmes in an e-mail. “How pregnant were you when you interviewed with me and what happened to six weeks? … This is an extreme hardship on me, my business and everybody else in  the company.
“You have rights for sure and I am not going to do anything to violate any laws, but I feel taken advantage of and deceived.”
Holmes replied that because of her age (39) and a history of miscarriages, she delayed announcing her pregnancy until she could have an amniocentesis to make sure the baby was healthy.
She wrote Petrovich, “I feel that your words have put us in a bad position where our working relationship is concerned, and I don’t know if we can get past it … (P)lease just tell me if what you are wanting at this time, is for me not to be here anymore, because that is how it feels.”
Petrovich wrote back: “The decision is all yours as to whether you stay here. I am not asking for your resignation. … No, you are not fired.”
Temporary cease-fire
Later, in another exchange of e-mails, the two seemed to settle their differences. Holmes offered to be flexible, saying she’d work from home or come in a few hours a day during her leave.
Petrovich explained that he was upset by her apparent change in plans, but “I want you to stay. It will work.”
Some time later, Holmes learned that Petrovich had forwarded her initial e-mails to several other company managers — in court, Petrovich explained he had done so “because I was afraid (Holmes) was about to quit.”
If she had left the company, Petrovich said, the other managers would be involved in both covering her duties and finding a new person for the position.
‘No alternative’
There’s another twist in this tale: The same day of the e-mail exchange in which Holmes and Petrovich appeared to patch up their differences, Holmes used her company computer to e-mail an attorney, Joanna Mendoza.
She asked Mendoza for a referral to an attorney specializing in pregnancy discrimination cases — her boss, Holmes said, was making life “unbearable.”
A couple of days later, after meeting with Mendoza, Holmes e-mailed Petrovich to say she wasn’t coming back to work because of “your feelings about my pregnancy (which) leave me no alternative but to end my employment here.”
Court’s not convinced
A year later, Holmes filed suit, saying that the Petrovich’s forwarding her earlier e-mails had created a hostile work environment and was evidence of bias against her.
The trial court dismissed Holmes’ discrimination and retaliation claims. There was no hostile work environment — forwarding the e-mails was a reasonable business decision on Petrovich’s part. And it was clear that Petrovich wasn’t pushing Holmes to resign, the judge ruled.
In a trial on the claims for intentional infliction of emotional distress and invasion of privacy, the jury found in favor of the employer.
On appeal, Holmes claimed the trial court should not have allowed Petrovich to use the e-mails she sent to a lawyer seeking a referral — that was privileged communication between attorney and client.
But the court wasn’t buying it. Holmes waived the privilege because she used company e-mail, the judge said — and there were clear policies explaining the company’s right to monitor e-mail.
Holmes didn’t use her home computer, the court noted, where she would have some expectation of privacy. But using her employer’s computer — after being expressly warned that e-mails were monitored — was “akin to consulting her attorney in one of defendants’ conference rooms, in a loud voice, with the door open,” the judge wrote.
Cite: Holmes v. Petrovich Development Co. For a look at the full ruling, go here.