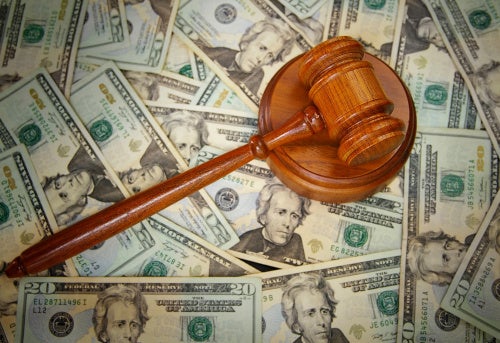 We’ve written plenty about the feds investigating and fining businesses for their employment practices. But rarely do we see lawsuits brought against the DOL by small business owners.
Rhea Lana Riner, the franchisor of Rhea Lana’s, a chain of children’s consignment stores, recently filed a lawsuit against the DOL claiming the agency’s investigations of her were not only arbitrary, they also threatened to put her out of business permanently.
Specifically, Riner is challenging the DOL’s policy of banning for-profit industries from using volunteer labor, asking the court to block the agency from further investigation and the collection of future penalties against her business. She’s also asking for attorney’s fees from the DOL.
According to Riner’s lawsuit, the feds’ actions could potentially cripple her business as well as the “entire consignment industry.”

Everything began when the DOL launched an investigation into Rhea Lana’s volunteer policy back in January 2013. Following the investigation, the agency informed the company it was in violation of minimum wage laws for not fairly compensating its volunteers.
Most of the company’s volunteers were stay-at-home moms and retired grandmothers who, in exchange for the ability to shop early at the Rhea Lana’s sales, would volunteer their services.
Although the DOL didn’t penalize the company, it did let volunteers know they could bring lawsuits against the consignment store for back wages.
And according to Reed Rubinstein, a lawyer who serves on the legal group that is heading Riner’s lawsuit:

the threat [of litigation for back wages] is out there, and the threat has had a chilling impact on her and her business.

The DOL has 60 days to answer the lawsuit or seek dismissal. We’ll keep you posted.
This post original ran on our sister website, HRBenefitsAlert.com.