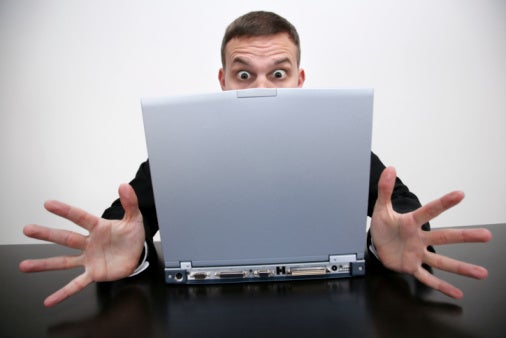 OK, it’s Halloween, and this is a Human Resources website. So what could be more appropriate than a story about jobs that scare people the most?
Our friends at CareerBuilder — we do so love their wacky but often useful research — have looked into this scary jobs thing and have actually come up with a decidedly tongue-in-cheek Top 10.
The nationwide survey, commissioned by CareerBuilder and conducted by Harris Poll, involved 3,103 workers across a range of industries.
Asked to choose from a list of the jobs they found the most frightful (or submit their own), workers provided the following answers – with some surprising results. Based on their selections, CareerBuilder pulled employment data for each occupation from Economic Modeling Specialists Intl. (EMSI) to show how many brave souls have taken on these roles and what they’re being paid.
Here we go, with the ten jobs that strike fear in American workers’ hearts: