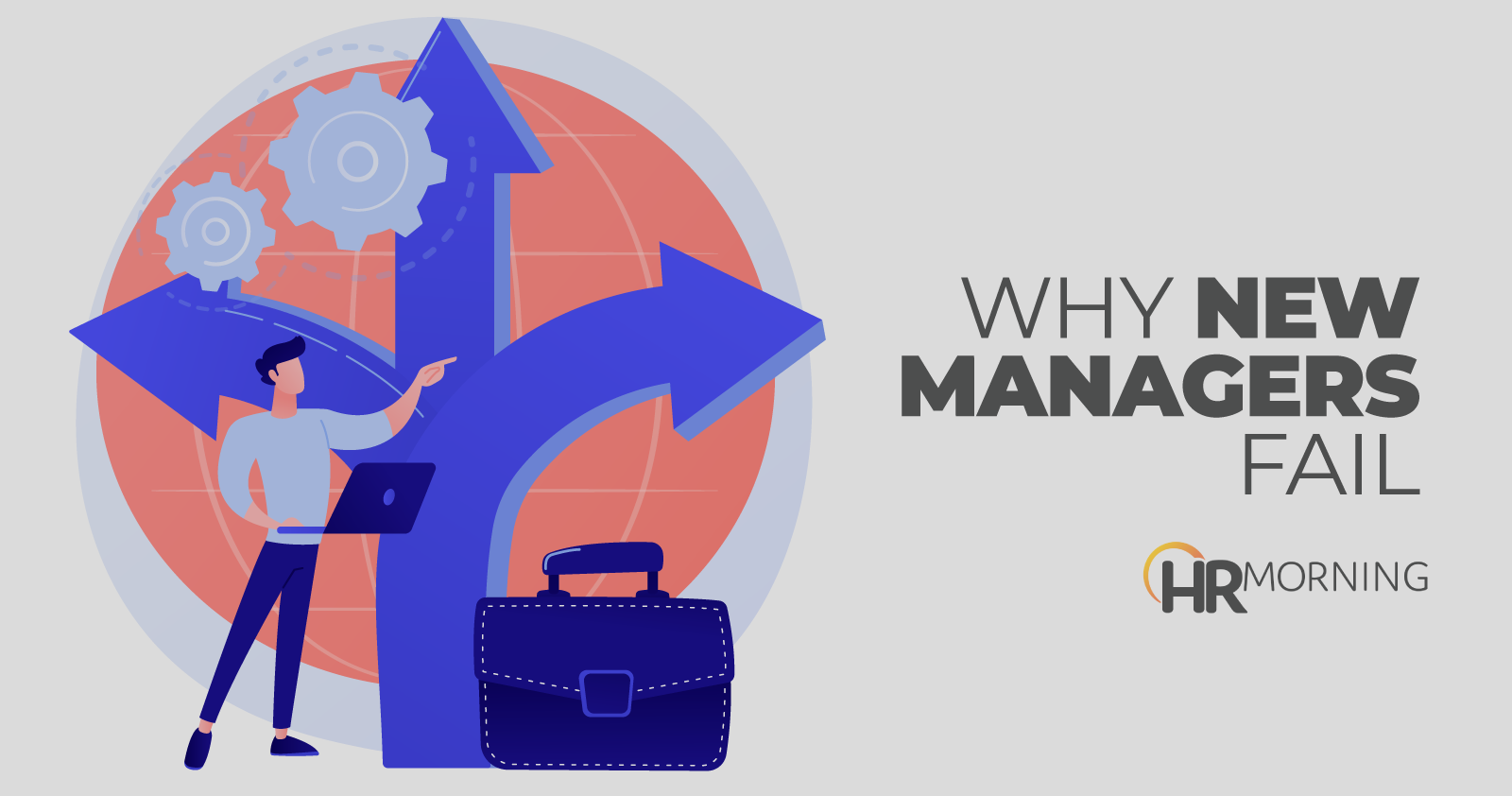 The good news: A deserving employee got a promotion.

Now the scary news: Nearly half of all new managers fail at their assigned objectives, according to Gartner researchers.

It’s a heartbreaking spiral, researchers tell us: New managers often struggle to fulfill the role they’ve happily stepped into. Then they have to take a step back into a lesser role within their first two years on the job.

Fortunately, you can help new managers avoid the pitfalls. The key is to know the biggest reasons new managers fail.

Harvard Business School researchers uncovered the top five traps. Here are effective ways to sidestep – or rebound from – the pitfalls.

1. Put the cart in front of the horse

Many new leaders fail because they want to prove themselves quickly. So they rush in new ideas and implement changes a minute after they’re in charge.

But big ideas can blind them to realities such as:

Remind new managers to wait on change for a few months. Then they can ask more questions and observe the working conditions, operational well-being and personnel dynamics before laying out a new, drastically different vision from what exists.

Encourage them to ask questions about the department culture and/or processes. Listen to employees’ responses, plus the casual, watercooler conversations about the state of work.

2. Decide too big, too soon

Leaders in new roles are almost always met with major decisions that were put on hold when their predecessor was on his or her way out.

Some new managers then try to make an immediate positive impact with swift decisions, which often backfire. New managers need to put the brakes on any decisions that will have long-lasting effects.

One tactic: Make an interim decision-making process for short-term decisions. Create a simple system on how employees can make requests and how you’ll review them. Ask them for feedback after a short time to determine if the system is working. Then, once you’ve realized success with this plan, work with the team on a long-term decision making process.

Some new managers feel the need to live up to expectations by oversharing accomplishments. That might sound like this: I once …, I used to …, I know how …, I …, I …, I ….

Remember you were hired for your experience, skills and track record. Everyone in the company got the introductory email with a summary of that sparkling resume.

Instead, ask questions to understand why things are done the way they are. Only after you understand, make outright suggestions on how things might be done differently to improve efficiency, lower costs or increase profits.

It’s better to follow the Girl Scout Rule: Make new friends. Keep the old. One is silver. The other gold.

One way: Take a “listening tour.” Identify people who you’ll need as allies and arrange meetings. Ask questions. Talk. Get advice. And use it.

Sometimes new managers don’t know where to go for help, even if it’s offered. Then they get overwhelmed, feel pressured to move faster and don’t want to look weak by asking for insight or assistance.

Instead, ask who the experts are in specific situations, tasks or processes – and request help when you need it. Turn to veteran employees for insight on formal and informal processes. Connect with colleagues at the same level – perhaps organizing a regular coffee break – to learn and share best practices.