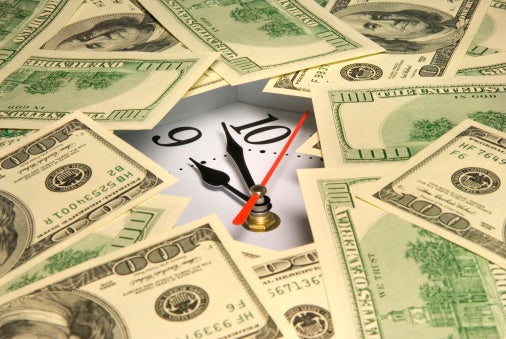 Direct-deposit retirement accounts are on the horizon, according to President Obama. Here’s how it’ll affect you.

During his annual State of the Union address, President Obama announced that his administration will create new direct-deposit retirement accounts, called myRA accounts.
While you might think that would mean lots of work for you in the near future, luckily that may not be the case.
Employer participation in the myRA accounts will be optional for 2014 when they’re formed late this year.
And if an employer chooses to participate, it won’t have to administer the accounts. The U.S. Treasury says it’ll take care of that.
All participating employers will have to do is send participating employees’ direct deposit elections to their myRA accounts on payday.

Here’s everything you need to know about the new myRA accounts:

What is a myRA?

During his recent State of the Union address, President Obama cited the need to get more Americans saving for retirement. To help, he said he would direct the Treasury to create myRA retirement accounts to help individuals who don’t have access to an employer-administered program start saving.
The day after his address, Obama signed a presidential memo directing the Treasury to create the accounts.

Who are the accounts for?

Are the accounts mandatory?

Individuals/couples do not have to participate, and no one will be automatically enrolled.
For employers, there is also no requirement to participate — at least not yet. According to a White House fact sheet, myRA accounts will be offered through an initial pilot program to employees of employers who choose to participate by the end of 2014. But there is no mention of what will happen beyond 2015. We’ll have to wait and see if the Treasury will require employer participation post-2014.
Employers that do plan to offer the accounts may distribute myRA info to employees.

Where does the money go?

The money participants contribute to their accounts will be invested in government savings bonds, so there is no risk of losing money. There will also be no investment fees.
On the downside, however, there isn’t the benefit of being able to generate potentially high returns, like money invested in a portfolio of stocks would have.
The Treasury will create a fund modeled after federal employees’ Thrift Savings Plan Government Securities Investment Fund. The fund pays a variable rate, which tends to be fairly low — the average rate of return was 2.69% for the five years that ended in December 2012, according to The New York Times. But, again, there’s no risk of loss.

Where does the money come from?

Money will be direct-deposited from participants’ paychecks post-tax.

Is there a required investment?

There is a required minimum investment, but it’s small. Savers can open an account with a $25 contribution. Then, after an account is established, all participants need to contribute is $5 per paycheck.

Is there a maximum investment?

Savers are limited to making $5,500 in annual contributions — much like in a traditional IRA.
Also, once an account balance reaches $15,000 — or the account has been open for 30 years — it has to be rolled over into a private sector Roth IRA. But savers can roll their balances into a Roth at any time with a penalty.

Participants can withdraw their contributions at any time without being penalized.
One caveat: Anyone withdrawing funds earned via interest prior to hitting age 59 1/2 must pay taxes on those funds and a possible penalty. Again, we’ll know more once the Treasury releases the rules.

Are the accounts portable?

The accounts are arrangements made with the government, not a particular employer. So they can follow account holders from job to job.
This post originally appeared on our sister site, HRBenefitsAlert.com.