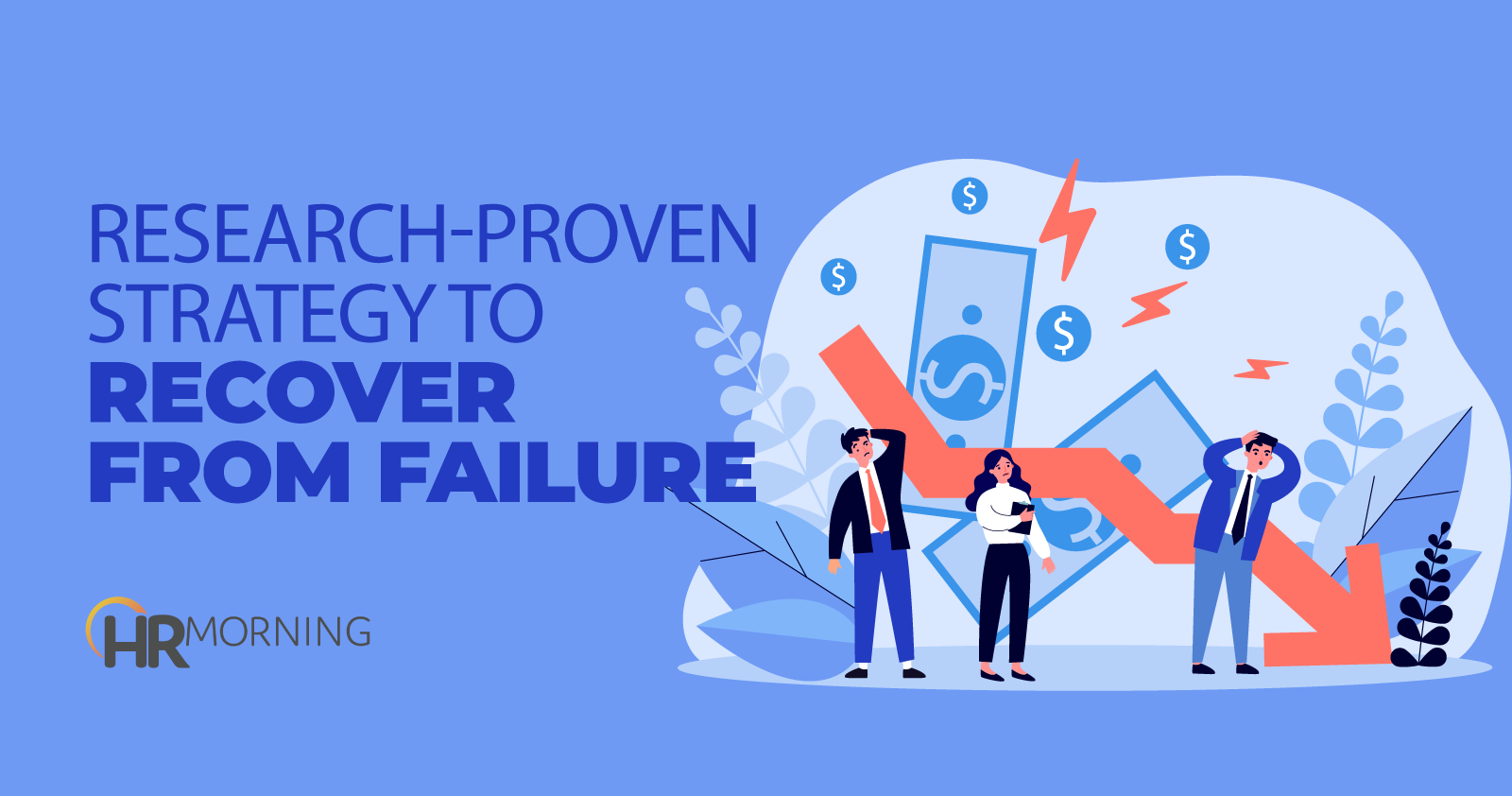 The goal of nearly every setback is to not let it happen again – yet, it often happens again.

Everyone mulls what went wrong, then vows to focus on what’s ahead. Or, on the flipside, some organizations and leaders overreact to mistakes, one study found. Then they overcompensate and risk making a whole new set of mistakes.

While either might sound like a reasonable approach, there’s a research-proven way to recover from team and individual setbacks that can make a difference.

It’s called “counter-factual thinking” from Neal Roese, the SC Johnson Chair in Global Marketing at the Kellogg School of Management at Northwestern University. It’s a process of imagining alternatives to what’s happened.

It’s not always pretty. But it’s insightful and promises to ease some pain from the failure and quickly get anyone in a position to do better.

Here’s how Roese explains in his research to turn setbacks and outright failures into wins.

When you review the failure, you can’t just say that reaching the original goal is the “better outcome.”

Instead, you want to focus on specific actions throughout the project. What are the alternatives to each and where have you have landed had you chosen them?

Let’s say, you (or your team) missed a quantity goal. You seemed to be on target early in the game, but started to fall behind about two-thirds of the way. Maybe, if you set higher productivity goals at first, or expected and planned some overtime, you would’ve hit the mark.

Researchers found if you challenge yourself to think of another positive outcome, you can overcome “hindsight bias” – a natural tendency to fixate on one idea as the be-all, end-all.

Exploring just one better outcome can make you over-confident in your assessment of the setback. The second alternative helps you avoid attributing the failure to a simple, one-off mistake.

For our existing example, imagine if your team set the goal and pace, rather than following the normal process. Would they have been more vested and reacted faster when they fell behind?

It should be a different path that leads to the same outcome. Call it your “even if.”

Example: You might say, “Even if we set more, smaller goals, we would’ve had to keep up with our other responsibilities and missed the goal.”

This will help you recognize obstacles that you didn’t anticipate, notice or articulate along the way. Now you have means to figure out how to overcome them (perhaps delegate outside your department for our example) in your rebound.

This one needs to be the same path that leads to a different outcome. Chart your path and imagine how it could have led to a better and worse outcome.

For instance, imagine you kept that early on-target pace. Everyone worked as expected and you hit your goal early. Now imagine you kept pace, half your crew got the flu and the team never had time to recover from the setback.

This step is a reality check: You’ll recognize that the same steps could lead to different endpoints. So you must recognize, respect and try to prepare for outside forces in the reboot.

This is a part-feel-good, part-preparation tactic. Note a worse outcome (for instance, missing the quantity goal by even more) and what you did right to avoid it.

Then look at what worked and when. That will broaden your view of what happened – and what needs to happen in the next go-round.