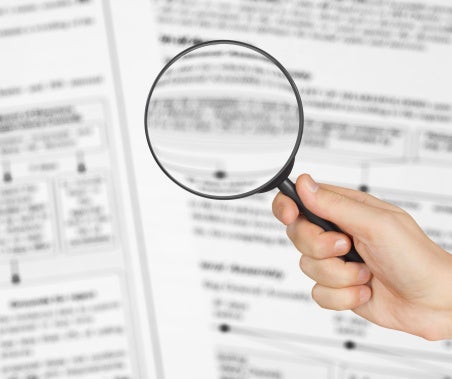 Remember the Equal Employment Opportunity Commission’s strong warning to companies about the problems that could arise from the use of employee criminal background checks? The agency has planted the flag on two federal lawsuits that claim the practice resulted in discrimination against workers.

A BMW manufacturing facility in South Carolina and a 10,000-store retail chain violated Title VII of the Civil Rights Act by implementing and utilizing a criminal background policy that resulted in employees being fired and others being screened out for employment, the agency alleged in two separate court filings.
The suit against BMW Manufacturing Co. was filed in federal district court in Spartanburg, NC The other lawsuit, against Dolgencorp, which does business as the Dollar General chain, was filed in a Chicago federal district court.

In the suit against BMW, the EEOC alleges that BMW disproportionately screened out African Americans from jobs. The employees worked at UTi Integrated Logistics, Inc., which provided logistic services to BMW at a South Carolina facility for warehouse and distribution assistance, transportation services and manufacturing support.
Since 1994, BMW has had a criminal conviction policy that denies facility access to BMW employees and employees of contractors with certain criminal convictions.
When UTi assigned the claimants to work at the BMW facility, UTi screened the employees according to UTi’s criminal conviction policy. UTi’s criminal background check limited review to convictions within the prior seven years. BMW’s policy has no time limit with regard to convictions.
The policy is a blanket exclusion without any individualized assessment of the nature and gravity of the crimes, the ages of the convictions or the nature of the claimants’ respective positions, according to the EEOC.
In 2008, UTi ended its contract with BMW. During a transitional period, UTi employees were informed of the need to re-apply with the new contractor to retain their positions in the BMW warehouse. As part of the application process, BMW directed the new contractor to perform new criminal background checks on every current UTi employee applying for a new job.
The new contractor subsequently discovered that several UTi employees had criminal convictions in violation of BMW’s criminal conviction policy. As a result, those employees were fired and denied rehire — despite the fact that many of the employees had worked at the BMW facility for years.

The Chicago case is based on discrimination charges filed by two rejected black applicants for jobs at Dollar Store locations. The EEOC alleges that Dollar General conditions all of its job offers on criminal background checks, which results in a disparate impact against blacks.
Dollar General operates 10,000 stores in 40 states, plus 11 distribution centers. Ninety percent of all Dollar General employees are store clerks who are both stockers and cashiers at the stores, according to the agency.
According to the EEOC, one of the applicants who had filed a charge with EEOC was given a conditional employment offer, although she had disclosed a six-year-old conviction for possession of a controlled substance. Her application also showed that she had previously worked for another discount retailer as a cashier-stocker for four years. Nevertheless, her job offer was allegedly revoked because Dollar General’s practice was to use her type of conviction as a disqualification factor for 10 years.
The other applicant who filed an EEOC charge was fired by Dollar General although, according to the EEOC, the conviction records check report about her was wrong — she didn’t have the felony conviction attributed to her. She advised the Dollar General store manager of the mistake in the report, the EEOC said, but the company wouldn’t reverse its decision.
Both lawsuits were brought under Title VII of the Civil Rights Act of 1964, which prohibits discrimination on the basis of race and national origin as well as retaliation.  The EEOC will assert claims of disparate impact, in both cases, against African-Americans. The agency will seek back pay, as well as injunctive relief to prevent future discrimination of employees and applicants.

As you recall, last April, the EEOC issued updated enforcement guidance on employer use of arrest and conviction records.
The bottom line of the agency’s “enforcement guidance”: Blanket policies that automatically reject job candidates with criminal records are illegal.
The essence of the guidance: Employers have to make hiring decisions on applicants with criminal histories using three criteria. They are:

The new wrinkle, however, was the agency’s “recommendation” that employers go through an extensive “individual assessment” on each candidate.
A list of the things EEOC says you should consider: