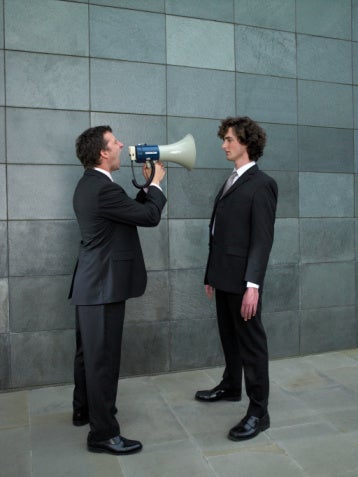 It’s not hard for people to wrap their heads around age bias, disability bias or pregnancy bias. But the courts have had a bear of a time making sense of bias based on sex stereotyping, as this recent case shows.
Raymond Henderson worked for Labor Finders of Virginia, a staffing company.
The company had a policy of giving preference to employees who had their own transportation — that is, every employee except Henderson. Though he had his own transportation, Henderson was only assigned to projects when “it was difficult finding someone to fill a work assignment.”
Why? Henderson claimed it was because officials didn’t think he was a good representative of the company since he didn’t meet the company’s expectations of what an employee should be as a male or female.
For the next year, Henderson was only assigned to jobs when no one else was available. And when he was on job sites, he claimed he was verbally accosted by employees who called him “homosexual” and said he “looked just like a woman.” Other employees repeatedly made it clear they didn’t want to work with him.

Henderson complained, but no action was taken — so he sued, claiming he was discriminated against because the company thought he was effeminate.
The court ruled in favor of Henderson. Though it acknowledged that there’s no federal law that prohibits bias based on someone’s sexual orientation, it was clear to the court that Henderson was treated differently because of his appearance and behavior. That, taken into account alongside the comments from supervisors about how his behavior reflected poorly on the company, was enough to weigh the scales in Henderson’s favor.
Maria Greco Danaher, writing for Ogletree Deakins‘ Employment Law blog, has the takeaway for HR:

The line between sexual orientation, which is not yet prohibited by federal law (although prohibited under some state statutes), and discrimination “because of sex” can be difficult to draw. However, employers must recognize that an employer that takes an adverse action against an individual because he or she does not fit within sexual stereotypes is engaging in discrimination, because that discrimination would not have occurred but for the individual’s sex. If a company’s disciplinary actions are meant to punish or belittle non-compliance with gender stereotypes, the actions may constitute a violation of Title VII’s “because of sex” provision.