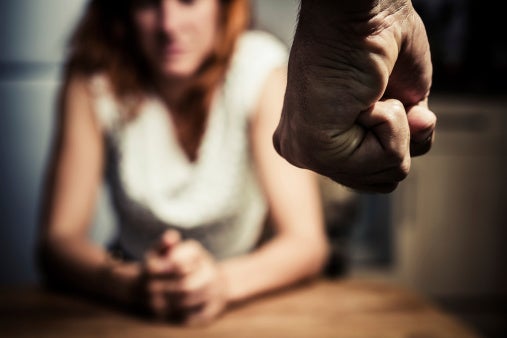 If an employee makes a remark that suggests he’s thinking of killing a co-worker, firing him’s a reasonable response, correct? A court just ruled it may not be a legal one if it can be shown the firing was triggered by a disability (cue the groans from employers).

This isn’t going to sit well.
Taj Walton was a warehouse worker at Tech Data Corporation, a position he was placed in by the staffing firm Spherion Staffing LLC.
One day, on his way into work, he had homicidal thoughts. Upon arriving at work, he left the following note for his supervisor:

Pretty heavy stuff. Imagine finding that note on your desk in the morning.
Unfortunately, unbeknownst to Walton, his supervisor was out on medical leave and didn’t see the note. But a security guard did, who then called the police.
Walton was then driven to a nearby hospital.
Shortly thereafter, Walton was diagnosed with depression and advised that he needed further medical attention and treatment.

Here’s where the problems started to compound for Spherion and Tech Data: Walton attempted to contact his supervisor to inform her of his diagnosis and his intention to seek medical treatment, but he couldn’t reach her.
He then tried calling Spherion’s local office, where he spoke to two individuals who advised him to take his issues directly to his supervisor, who — again — was unreachable.
Walton then called Spherion’s headquarters and notified HR of disability and need for medical care. An HR rep then advised him to contact his supervisor.
Walton’s attempts to contact his supervisor continued with no success until she finally responded three weeks later to inform him she was on medical leave. The two then spoke over the phone the next day, at which point she fired him.
Walton then sued, claiming Spherion and Tech Data violated the ADA by terminating him because of his disability.
As the judge ended up pointing out, under the ADA, a disabled person can be fired for disability-related misconduct — as long as the termination isn’t due to the disability itself. That’s a subtle, but important distinction.

Case will proceed for 2 reasons

Spherion and Tech Data fought Walton’s lawsuit and tried to get it thrown out on summary judgment. They claimed that Walton was fired for misconduct and, furthermore, his threat of violence took him outside of the protection of the ADA.
They went on to say that proclivities towards violence plainly disqualify a disabled person from protection under the ADA. The judge didn’t disagree with this point, but did take issue with the argument that Walton was fired for misconduct.
The judge ruled Walton’s case should proceed (which will surely be costly for the employers) for two reasons:

The needs of the few …

For what it’s worth, the judge did admit that a ruling in favor of Walton in this case could “subject employers to a daunting standard, torn between a legal requirement to accommodate mentally ill employees and the moral imperative of providing a safe workplace.”
But it’s likely that statement provides HR pros with little comfort, as they’re now faced with a scenario in which the needs of the few (i.e., Walton) may outweigh the needs of the many (Walton’s co-workers). And that goes against what they’ve been trained to think all along.
One silver lining to this case: The judge all but said Spherion and Tech Data could’ve saved themselves a lot of headaches (and attorney fees) by acting quicker when Walton first left the note.
The fact that there were no procedures or personnel in place to deal with Walton after he was hospitalized and attempted to notify his employer of his need for medical care is troubling — and, ultimately, the employers in this case will pay for it.
Cite: Walton v. Spherion Staffing LLC