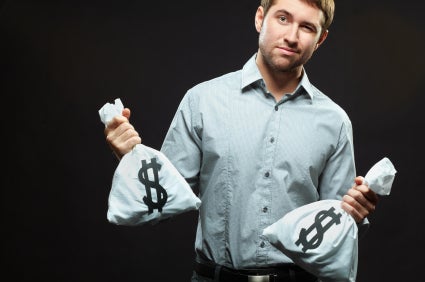 So you’ve been charged with discrimination — or you fear you could be. Time to liquefy some assets. It’s going to cost you plenty.

Of the age, disability, national origin, race, religious and sex discrimination claims that are settled, the average total cost of those claims came to $125,000. That figure includes defense payments.

Now, if you choose not to settle, and the case goes to court and you lose, here’s the cost: The median judgment in recent discrimination lawsuits is roughly $200,000. And 25% of judgments exceed $500,000.

Oh, and those judgment figures don’t include defense costs, which will be hefty considering the average duration of these matters is 275 days. That can result in a lot of expensive attorney man hours.

That data comes out of the report “Employee Charge Trends Across the United States” by Bermuda-based business insurance provider Hiscox. For the report, Hiscox analyzed data from 446 closed claims involving small- to medium-sized employers with fewer than 500 employees.

In regards to the claims Hiscox analyzed in which businesses carried liability insurance, the average deductible to cover the defense and settlement charges was $35,000. But without that coverage, the employers would’ve been out an additional $90,000.

Now it’s time for some good news: Only 19% of the claims Hiscox analyzed resulted in a settlement and defense payment. More than 4 out of every 5 claims resulted in no payout by the insurance company — which shows just how many claims employees make that have no merit.

Still, Hiscox warns, even if charges are unfounded, they must be handled carefully.

On the other side of the coin, Hiscox went on to point out that settlement, judgement and defense payments aren’t were litigation costs end.

There are other hidden expenses that come with employees’ discrimination claims, such as:

In addition, if the charges are proven true, there could be a significant effect on employee morale.

Hiscox also dug into states’ discrimination claim data, as well as that of the EEOC, to find the states in which businesses run the highest risk of having discrimination charges levied against them.

In general, using data from 2014, Hiscox worked out that roughly one in 10 employers (11.7%) would have an employment charge filed against them annually — that’s nationwide.

But employers in several states are at a much higher risk than that.
Here are riskiest states to be in, according to Hiscox:

(Note: Employers in the District of Columbia are 65% more likely to receive a charge).

Why are these states so risky? Hiscox reported that these states tend to have the most stringent anti-discrimination laws.