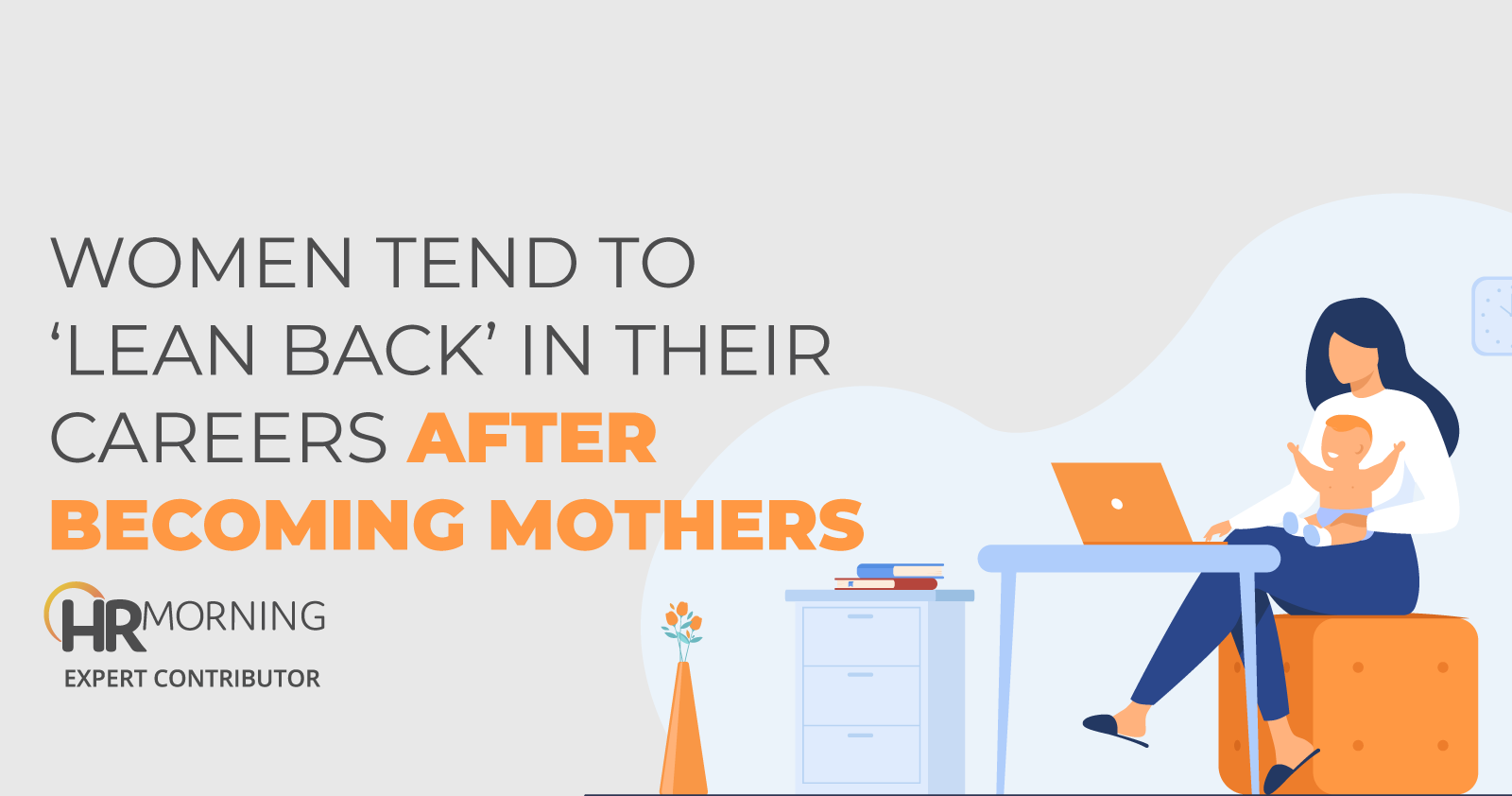 The reason is likely the same reason men in academia accomplish far more professionally than their female colleagues when they take a year off the tenure-track after having a baby. Women take care of the children and the home during that time, freeing the men to focus on their work.

Now that millions of couples across the country are working together at home with their children during COVID-19, we wanted to see whether the same thing was happening outside of academia.

To find out, we spoke to women and conducted a survey of 54 people. Here’s what we found.

Unsurprisingly, people with kids under 12 at home spend many more hours per week on cooking, cleaning, childcare and other domestic duties. COVID has about doubled this time, but for parents this went from 22 to 40 hours per week while child-free workers went from 12 to 16.

“I never realized how many extra tasks are associated with the kids being at home all day,” said Libby Lee-Egan, a Senior Web/Graphic Designer at Sierra Club. “More dishes, more laundry, more meals. And I also have my day job. I feel like every minute of the day is used up.”

Kylie McQuarrie is working from home with her husband and their two-year-old. “It feels impossible to quantify the number of hours I spend on domestic tasks – it’s nearly every hour that isn’t taken up with work or sleep,” Kylie said.

By contrast, Audra Clare Atchley told us she and her husband trade shifts watching their needy dog. She makes lunch and does more yard work. He does more housework.

Women tend to “lean back” in their careers after becoming mothers, with 43% of highly qualified mothers either taking a break from work or not pursuing promotions after having kids.

One reason mothers work less outside the home after having kids is that they’re having to do more work inside the home. The average American father spends about seven fewer hours per week on child care than mothers and eight fewer hours on housework.

Mothers also tend to take on most of the burden for family health. A 2017 survey showed that 77% of moms said they take their children to doctor appointments while just 24% of dads said the same. When both parents work, 40% of moms will stay home with sick kids while just 10% of dads will.

The pressure isn’t from spouses

One reason women do more domestic labor is that they feel compelled to. For example, when both parents are home with kids, mothers are more likely to feel responsible when kids need attention.

“I’m furloughed, but I feel so much pressure to have dinner cooked and to make sure the kids are getting schoolwork done,” Allison Kirk Crawford told us.

Her husband is also working from home, and doesn’t pressure her at all, but she feels busier now than when she is working. Why? Probably partly gender roles and internal pressure.

“For me, the key measure is how many hours a day of uninterrupted work time did you have pre-COVID versus now, and how many does your partner have?” Nicole W. C. Yeatman said.

“The brutal thing about WFH with little kids is they interrupt you constantly and they may be more likely to interrupt mom then dad. And your productivity craters when you don’t have uninterrupted workflow.”

Many husbands are clueless

One thing we heard from several mothers was that they wanted their husbands to be more thoughtful about their work time.

“It’s so easy to slip into deeply ingrained habits about who does what,” Kylie said. “I’ve inevitably ended up doing more childcare, cleaning and other domestic tasks, and I resent having to ask him to take care of tasks that I think he should just know to take care of (for instance, doing the dishes when there are dishes).”

While Carmen Smith and her husband talked a lot about how to divide domestic labor, “I honestly don’t think he ever understood why it was so hard or what even was so hard about it until he had to be in it with me,” Carmen said.

Since they both began working from home, “It’s been an ongoing discussion of when I can have at least several hours of uninterrupted work time. It was a fight at first because he would just leave and I was left here to deal with it all, and I hit a breaking point. Now there’s a lot more ongoing conversation, and I ask every night what his calendar looks like in the morning so I know how to structure my day and my work time.”

Fathers are stepping up

While fathers may not be as good at intuiting what needs to be done as mothers would like, they are trying to step up. “My husband is definitely spending a lot more time with childcare and cleaning than he was before,” Kylie said.

Despite the stigma around stay-at-home fatherhood, Rachel Schaefer’s husband has taken primary responsibility for taking care of their toddler and they split other domestic duties because her workload is currently higher.

“I think other people assume I’m doing all the housework, but my husband and I try very hard to be egalitarian about chores,” Libby said. “Frankly with my anxiety at an all time high and my depression coming back during shelter in place, he has been doing more than me.”

While the phenomenon of the stay-at-home dad is more common today than in decades past, dads still only make up less than a fifth of full-time parents. While she appreciates the help, “When I hear her ask for me, it makes it really hard to focus,” Rachel said. “The emotional pull is really hard.”

However, even when partners are splitting the hours, women may still have to work through the night so their partners can work during the day.

“We’ve split up childcare by mornings and evenings, which means I can’t get eight hours of work in a day unless I get up early and stay up late,” Kylie said.

How to help women

Working mothers are generally under greater time pressure than fathers or child-free workers. All the evidence indicates COVID-19 has only exacerbated existing inequalities.

This is bad news not just for mothers, but for businesses as well. Companies with female managers are more profitable. Firms with more gender diversity are more productive. And teams with equal numbers of men and women earn more sales and profits than less-equal teams.

Since around 85% of women will have children at some point, we lose a lot when we underutilize working mothers. So how can we better support working mothers?

Most of what makes life in quarantine hard for women is outside the control of their co-workers or employers. But, there are a few ways we can step up to help.

First, it’s interesting to note that half of the women surveyed for the Women in the Workplace report said they’d been spoken over or interrupted at work and 38% said others had taken credit for their ideas. Now women are saying that this kind of sexism is even more rampant on video calls.

One way to combat this is to ask everyone in the meeting specific questions so that they have an opportunity to speak. Another option is to cut down on video meetings.

This might be a welcome change, since between February 23rd and the fifth week of March we saw the average worker was spending 29% more time in team sync meetings. Basecamp has eschewed all but the most necessary meetings, replacing them with written communication.

In addition, Elissa Sangster, Executive Director of Forté Foundation, offers recommendations in Men: Here’s How To Be A Good Workplace Ally To Women During COVID-19.

Women at the top

Elissa recommends ensuring there are women in senior leadership positions at your company. Many companies are able to hire women for entry-level roles, but lose those women as their childbearing years coincide with the time in their careers when they would climb up the corporate ladder.

If women are underrepresented at the top, as they are in most companies, it can be a self-reinforcing problem. First, younger women looking to advance their careers don’t have role models or mentors. Second, policies implemented without female input may not be as friendly to working mothers. It’s also important to help ensure women’s jobs as secure as men’s during this period of economic uncertainty.

More granularly, consider the extent to which you’re engaging in classic examples of sexist behavior in the workplace. Research shows that men and women tend to be more dismissive of women’s opinions than men’s. Men and women are also more likely to describe the same behavior differently based on gender.

For example, when women raise their voices to make a point, they’re accused of being pushy or bossy while men are described as showing assertiveness and leadership. Men and women are also more likely to talk over women in meetings. And men have demonstrated a tendency to take credit for women’s work.

To go even further, consider surveying women in your workplace to find out how often they experience workplace sexism. If the results aren’t what you like, “Don’t spiral into a torrent of self-hate,” Elissa writes. “Instead, determine how you can own up to your behavior, apologize for past wrongs, and move forward by practicing respect and inclusivity at every turn.”

Knowledge workers are busier than ever under COVID-19. We’re attending more meetings but have less time to work. And the time we do have is more fractured. This is demonstrably terrible for productivity.

Unfortunately, this situation is hitting working mothers, an already underrepresented group in leadership positions, harder than most. To help working mothers succeed it’s important to look for ways to combat existing inequalities, help ensure women are represented in leadership positions, and find out where women are experiencing sexism right now.

Alexandra Moser, HR Expert Contributor
Alexandra Moser is the Head of Business Operations at Clockwise, an intelligent calendar assistant that frees up your time so you can focus on what matters. It uses AI to understand your work and life commitments and automatically organize your calendar to help you focus on your priorities. Clockwise makes your calendar work for you. For more information, visit www.getclockwise.com.