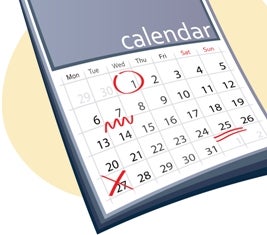 At a business conference in Paraguay, business tycoon Carlos Slim made a pitch that will certainly the eyebrows of your employees.
The CEO of the Mexico-based telecom company Telmex said it was time for a “radical overhaul” of the traditional work-life system.
His suggestion: A three-day workweek should be the new norm.
Slim believes people need more than just the typical two days off to recoup, relax and refocus.
He said a three-day workweek would create a healthier and more productive labor force.
A quote from his talk, posted by CNBC:

With three work days a week, we would have more time to relax; for quality of life. Having four days [off] would be very important to generate new entertainment activities and other ways of being occupied.

But, of course, there needs to be more to his plan than just giving employees an extra two days away from the office for businesses to survive — and there is.
Slim said for his plan to work people would need to work longer during those three days on the job — perhaps as long as 11 hours.
In addition, people would need to work longer into life — perhaps until 75.
Slim said not only would this give people more free time to enjoy their lives while they’re younger, it could also help tackle the financial struggles people endure later in life.
Slim himself is 74 and still at the helm of his telecom empire, and his mentor Mexican banker Manuel Espinosa Yglesias, worked into his 80s, reported CNBC.

Slim isn’t just all talk on the matter. At Telmex, he’s instituted a voluntary work arrangement in which employees can work four-day weeks and still receive their full pay once they hit 50, the age at which the company’s employees are first eligible for retirement.
While the mechanics behind such a proposal would no doubt need some flushing out, the elephant in the room would likely be compensation. Would employees working fewer days but later into life receive the same level of compensation as they would now?
Some would likely suggest that because employees are working less per week their annual salary should also be reduced.
But that, in our eyes, could create a huge problem when you consider that with more time off, individuals may be inclined to spend more.
After all, more free time equals more play time. And more play time requires more toys.