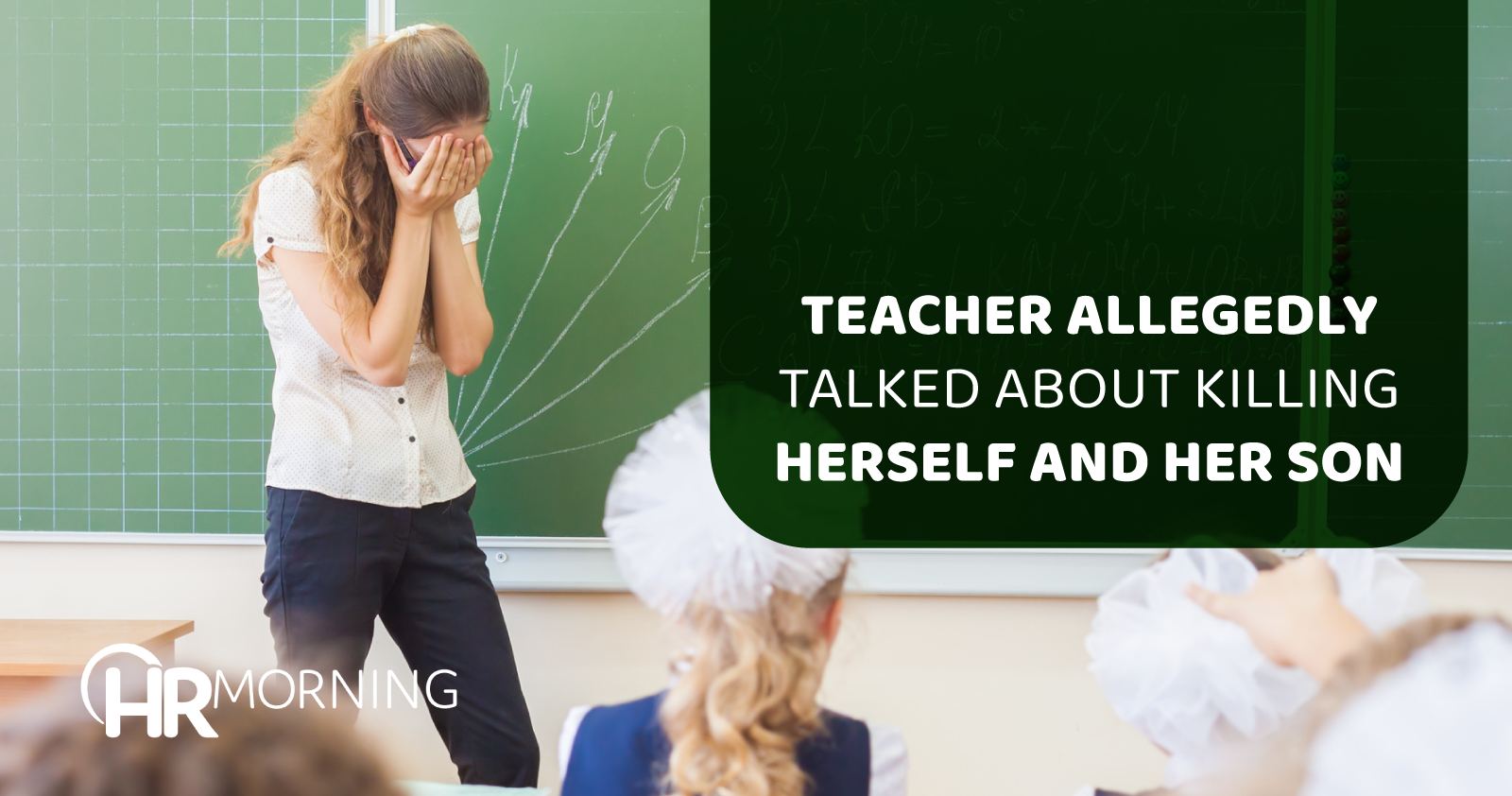 A school district did not violate the law when it chose not to renew the employment contract of an art teacher with major depressive disorder, the U.S. Court of Appeals for the Eleventh Circuit ruled.

An art teacher had major depressive disorder. Another teacher reported that the teacher with the disorder had discussed six different ways to kill herself and her son.

She reportedly shouted at school that “she had every right to kill her son” and said she would not let him “grow up to be a f***-up.” She also reportedly said, “I’m taking him with me.”

The art teacher denied making threats and said other teachers badgered her about her mental health. However, she also reportedly ingested multiple Xanax pills while at school. She was involuntarily committed to a mental health facility. The district did not renew her contract of employment.

She sued, alleging violations of the ADA, the Rehabilitation Act and the FMLA. The district said its actions were legitimately motivated by safety concerns. A lower court ruled in the district’s favor. The teacher appealed.

The Eleventh Circuit affirmed the ruling in favor of the district.

It said the district provided a legitimate, nondiscriminatory reason for its decision. It also said that the teacher did not show that the proffered reason was just a pretext for unlawful discrimination.

The ADA does not require employers to retain employees they believe acted in a threatening and dangerous manner. That is true even if the alarming conduct is related to or caused by a disability, the appeals court explained.

Nor did the district illegally interfere with the teacher’s FMLA rights when it declined to reinstate her to her position following a period of FMLA leave.

The court affirmed the ruling for the district.