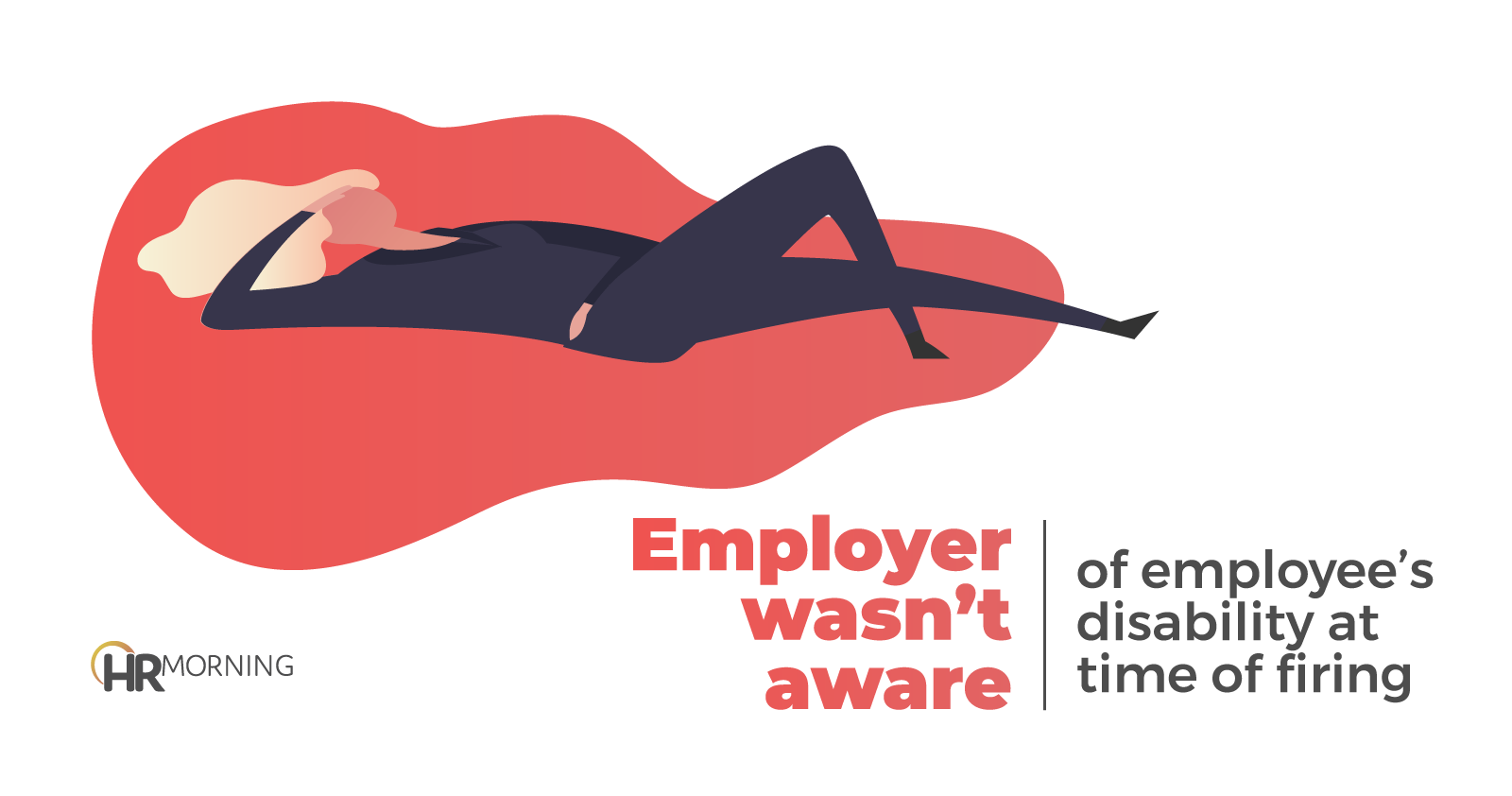 The ADA protects employees from disability-related termination, but what happens if the person never mentioned they had a disability?

Here’s what the 2nd Circuit had to say about that question.

Jesse Longway worked at Myers Industries when he began missing work to receive treatments for his pancreaitis. He told his supervisor the treatments were just for a “one-time injury” that would have no effect on his ability to work.

But his repeated absences proved otherwise, so the company terminated him. Longway sued for discrimination under the ADA, failure to accommodate and retaliation. He argued that even if he never informed anyone of his condition, his “perceived disability” still played a part in his termination.

Based on Longway’s conversations with his supervisor, however, the court found no one could have reasonably linked his absences to a disability. Longway even chose not to fill out a short-term disability form his supervisor provided.

This highlights how employers aren’t responsible for accommodating unknown medical conditions – some of the burden of establishing a disability falls to the employee.