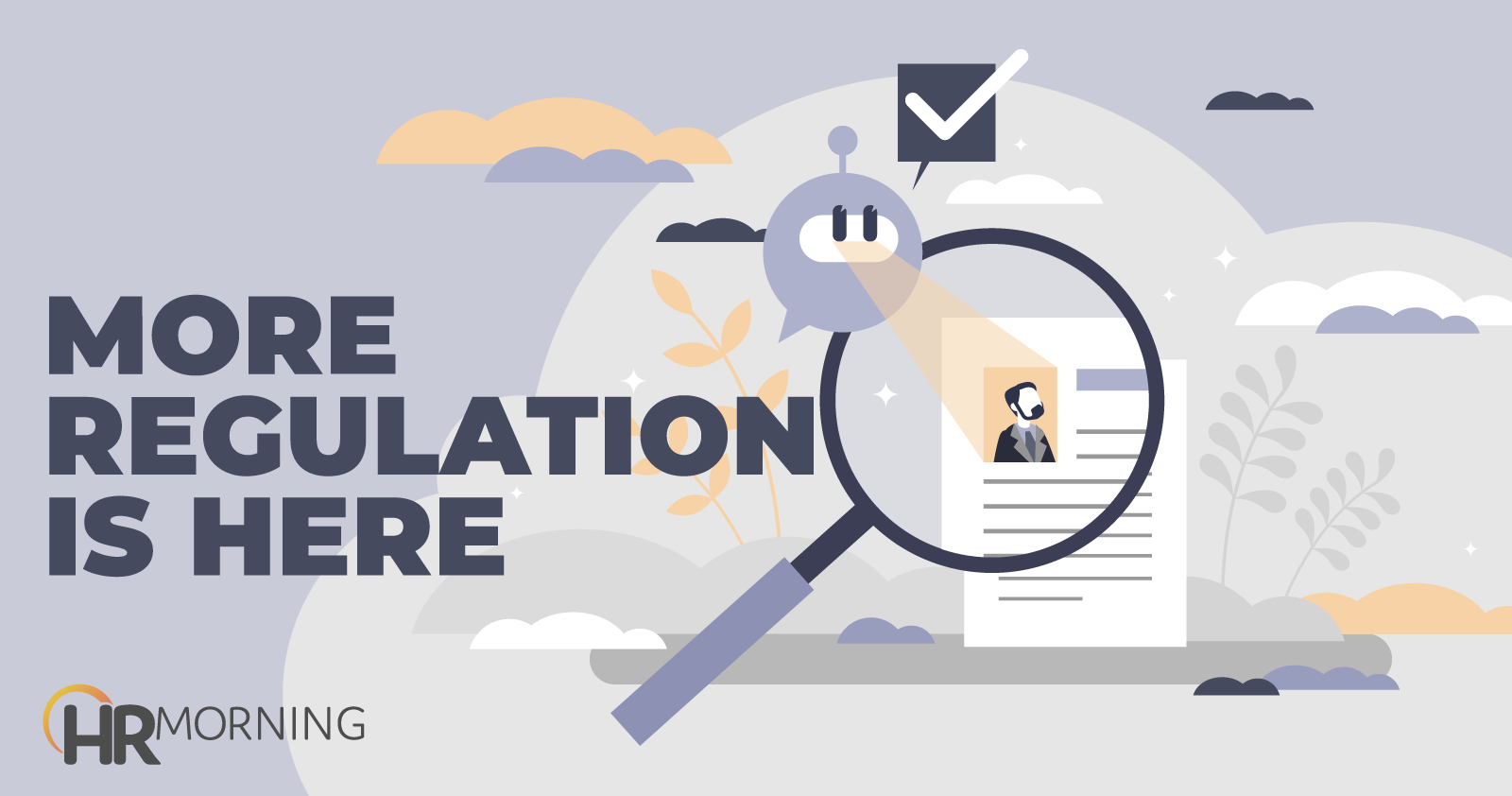 When it comes to recruiting, who doesn’t want to work more efficiently and effectively to find the right people?

But when it comes to using artificial intelligence tools to aid in the process, a legal minefield for employers is beginning to emerge.

And it’s an area that can be fraught with peril.

There is a concern that these tools can perpetuate hiring biases — and even create new discriminatory barriers. And that concern is driving more and more government regulation in this area.

Case in point: New York City just enacted a law placing significant restrictions on the use of artificial intelligence hiring tools by employers.

Under it, employers cannot use what it calls “automated employment decision tools” unless a “bias audit” has examined them sometime during the prior 12-month period.

The law defines the term as an auditor evaluation that looks at whether the tool has a negative disparate impact on applicants based on their sex, race or ethnicity.

There are other requirements as well.

For example, employers must provide summaries of the audits on their websites.

And they must give prior notice (10 days) to applicants that such a tool will be used. In addition, they must tell applicants about the characteristics and job qualifications that the tool will use.

Job candidates can then ask for an alternative selection process.

Penalties range from $500 for a first violation to $1,500 for subsequent violations.

New York City is not alone in moving to regulate employer use of artificial intelligence tools in the hiring process.

Illinois legislation regulates the use of the tool in video job interviews, and several other states have taken steps to at least examine the issue – such as by establishing review panels.

There has also been movement at the federal level.

In late October, the Equal Employment Opportunity Commission announced its launch of an initiative intended to ensure fairness in the use of artificial intelligence in hiring.

The initiative aims to ensure that these technologies “are used fairly, consistent with federal equal opportunity laws.”