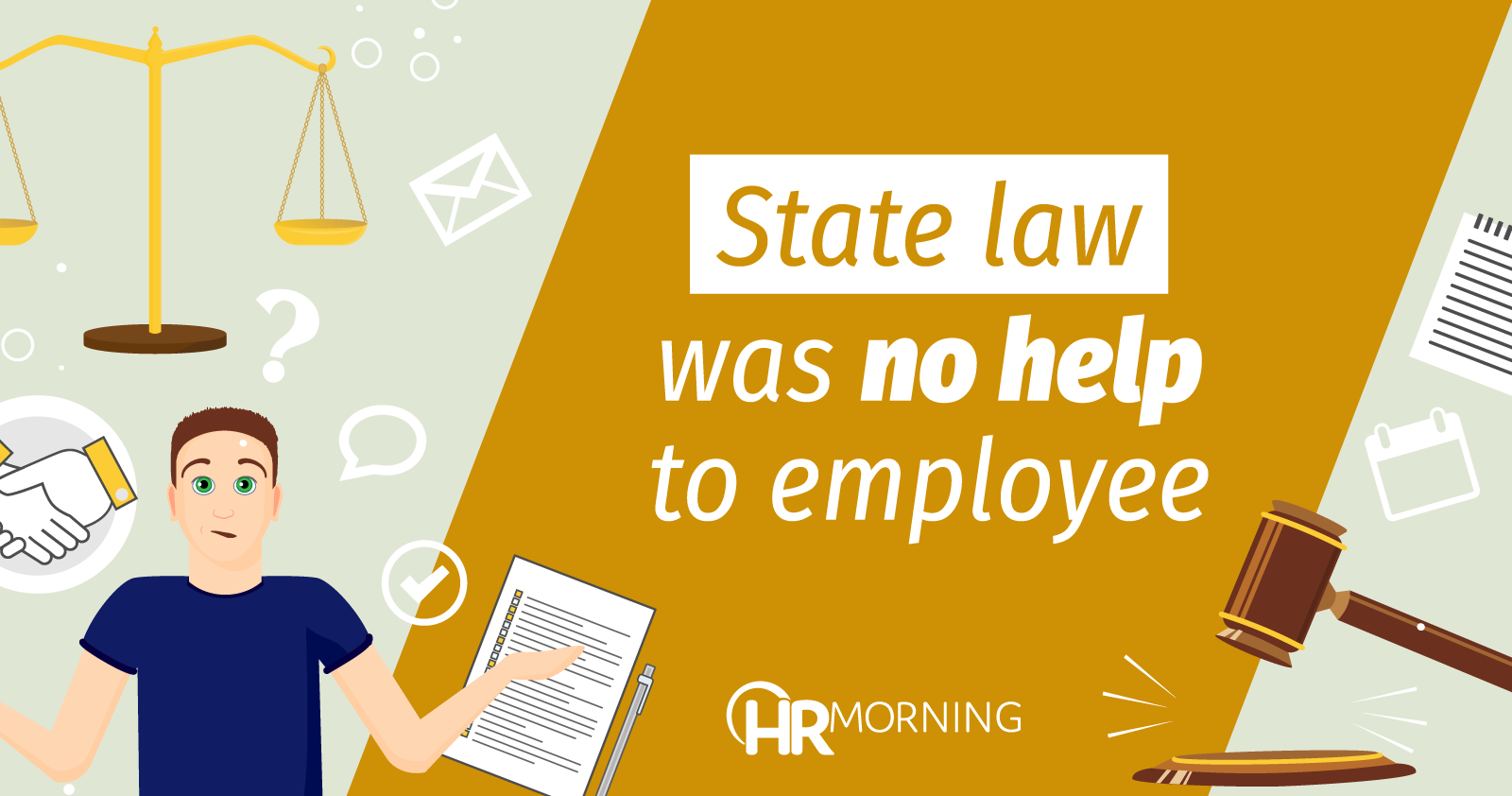 Kentucky’s highest court held that the state’s civil rights act does not prohibit employers from discharging employees based on their association with an individual who has a disability.

Case in point: Kentucky’s highest court recently decided that the Kentucky Civil Rights Act does not prevent employers from discharging an employee based on the disability of an individual with whom the employee associates.

Michael Lee Barnett was hired as a driver by Central Kentucky Hauling (CKH) in 2011. At the time of the hiring, CKH knew Barnett’s wife has cystic fibrosis.

Barnett’s wife’s health declined after he was hired. She received a double lung transplant early in 2014, but her health continued to decline.

At around the same time as the transplant, supervisors at CKH confronted Barnett about a rumor that he was disparaging the company to co-workers. Barnett denied that he was doing so. He also said that during the confrontation a supervisor mentioned the fact that he had taken time off to care for his wife.

CKH terminated Barnett’s employment at the end of 2014. It said it did so due to a lack of work.

Barnett did not believe that was the real reason for his discharge. He understood that one of his supervisors “wanted him gone.”

He sued CKH in state court, accusing it of violating the Kentucky Civil Rights Act by terminating his employment based on his association with his wife.

CKH sought to have the case dismissed, arguing that the Kentucky Civil Rights Act does not create a cause of action for associational discrimination. The trial court agreed and granted the motion.

After an intermediate state appeals court affirmed the trial court’s ruling, Barnett filed an appeal with the Supreme Court of Kentucky.

After reviewing the relevant statutory language, the state’s highest court agreed with the lower courts’ rulings in favor of the employer.

Specifically, the court noted that the clear language of the statute prohibits disability discrimination only against qualified individuals with disabilities.

Barnett argued that the statute is broad enough to bar discrimination based on association, but the court disagreed. But statutes cannot be interpreted contrary to their plain language, the court explained.

Although the statute does create a cause of action for those who are regarded as having a disability, it does not go so far as to ban discrimination based on association, the court added.

A contrary conclusion would contravene the plain language of the statute, it said.

The court affirmed the ruling in the employer’s favor.

Employers should note that the federal Americans with Disabilities Act includes a provision that specifically bans the kind of associational discrimination alleged in this case. As the ruling shows, state laws may provide less protection to employees.