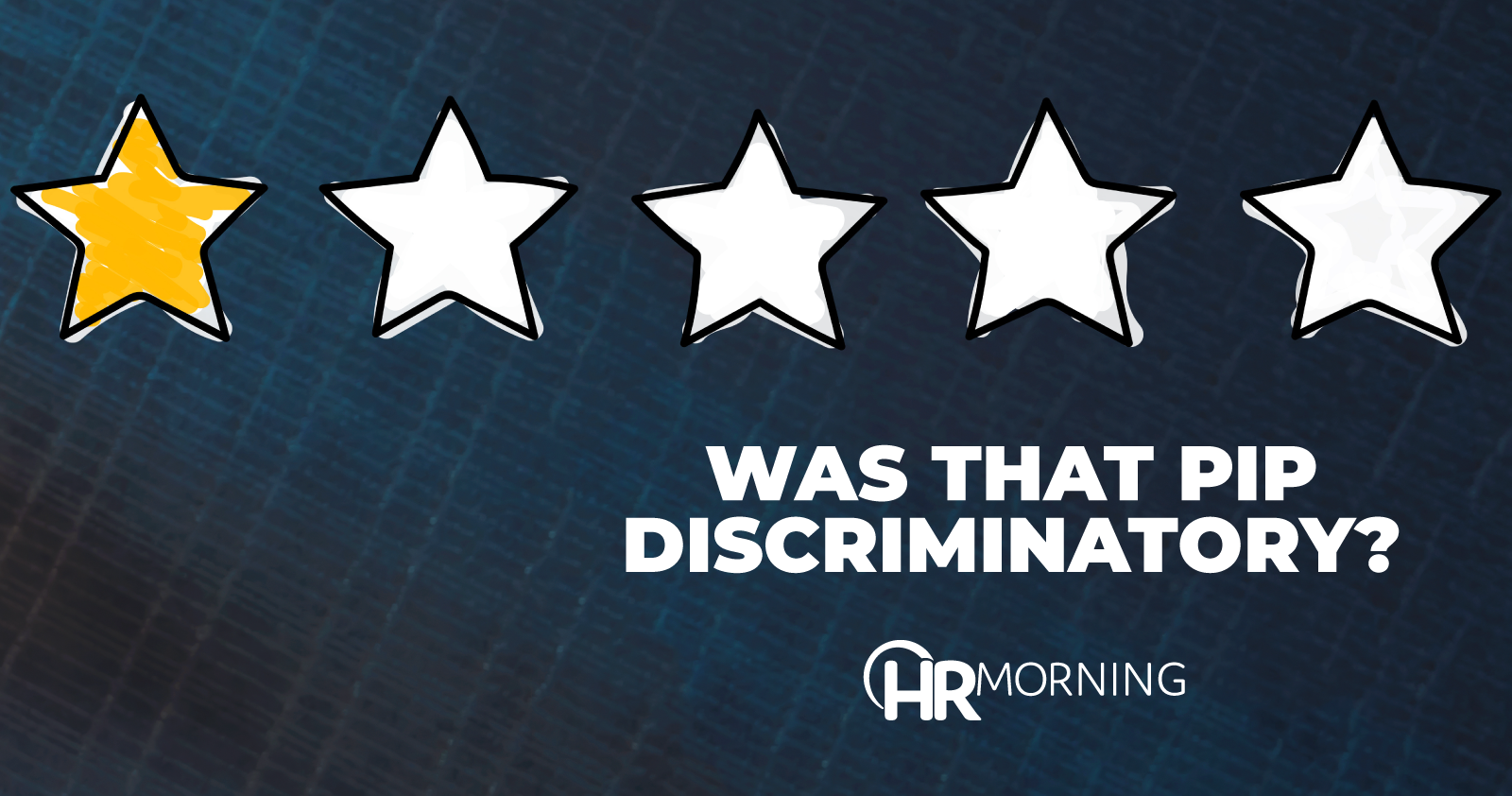 It’s a scenario that has played itself out many times: An employee says a bad review was motivated by illegal discrimination and files a bias claim, while the employer insists it was justified by subpar job performance.

In these situations, what factors tip the scale one way or the other?

A new ruling from a federal appeals court provides some valuable insight. In it, the U.S. Court of Appeals for the Seventh Circuit decided that a Black employee did not present enough evidence to show that low performance review scores were driven by a discriminatory motive. The court affirmed a decision to reject the employee’s claims of discrimination and retaliation.

During her employment tenure, Abebe accumulated a record that documented behavior issues.

In a 2016 performance review, the clinic manager gave her a very low score in a category called “respect,” commenting about her attitude and her interactions with other workers.

And in 2017, Abebe was disciplined after she had an argument with another worker.

Abebe’s inability to get along with co-workers was a recurring theme in that review. It even went so far as to point out that “many of Lily’s co-workers [see] her as unapproachable.”

In March of 2018, Abebe believed a white dental hygienist intentionally left out an open needle for Abebe to clean up. After the hygienist stopped working at the clinic, Abebe asked a supervisor for a copy of the incident report relating to that event. The clinic did not provide her with the report.

Also during 2018, Abebe had issues with a clinic dentist. More specifically, she said the dentist was “very rude” to her and “screamed” at her.

In March of 2019, Abebe alleged that another dental assistant was being treated more favorably because she had better access to tools.

At around that same time, Abebe received her performance review for 2018.

It was not good.

In fact, she received her lowest total weighted average ever. The clinic manager again noted her issues with communication and teamwork, and he told her that she needed to improve. He also cited her complaints about the needle incident and her interactions with the dentist as issues.

Because her overall review score was so low, Abebe did not receive a merit-based pay raise for 2018.

Abebe, who is of Ethiopian origin, contacted the Equal Employment Opportunity Commission (EEOC) in August of 2019 to report the needle incident. In September of the same year, she told the EEOC that she believed she had been subjected to discrimination on the basis of her race and national origin.

Abebe alleged that less than a month later, the clinic placed her on a performance improvement plan.

She sued the clinic under Title VII and Section 1981, alleging that it discriminated against her when it gave her low scores on her performance review and thus denied her a merit-based raise. She further alleged that the clinic unlawfully retaliated against her when it placed her on a performance improvement plan because she presented the EEOC with allegations of discrimination.

A lower court granted summary judgment in the clinic’s favor, and Abebe filed an appeal.

Abebe’s first task was to establish a preliminary case, the appeals court explained. To do this, she needed to show that she is a member of a protected class; that she was meeting legitimate job expectations; that she was subjected to an adverse job action; and that similarly situated employees outside of her protected class were treated more favorably.

Abebe’s preliminary case faltered at the fourth element, the appeals court said. More particularly, she did not identify a proper comparator to support her bias claim allegations. She did not identify another employee who was similarly disrespectful or aggressive and was treated more favorably, it said.

Moreover, the appeals court explained, Abebe did not show that the clinic’s stated reason for the low performance review scores – her poor communication skills – was pretextual.

Abebe’s retaliation claim fared no better. She claimed that her EEOC allegations precipitated the issuance of a performance improvement plan. But such plans, by themselves, are not adverse employment actions, the court said. Moreover, it added, the temporal proximity between her contact with the EEOC and the alleged plan issuance did not establish a causal connection between the two.

The district court’s ruling was affirmed.

Key takeaway: Document performance issues clearly and consistently to avoid even the appearance of improper motivation for corrective job actions.