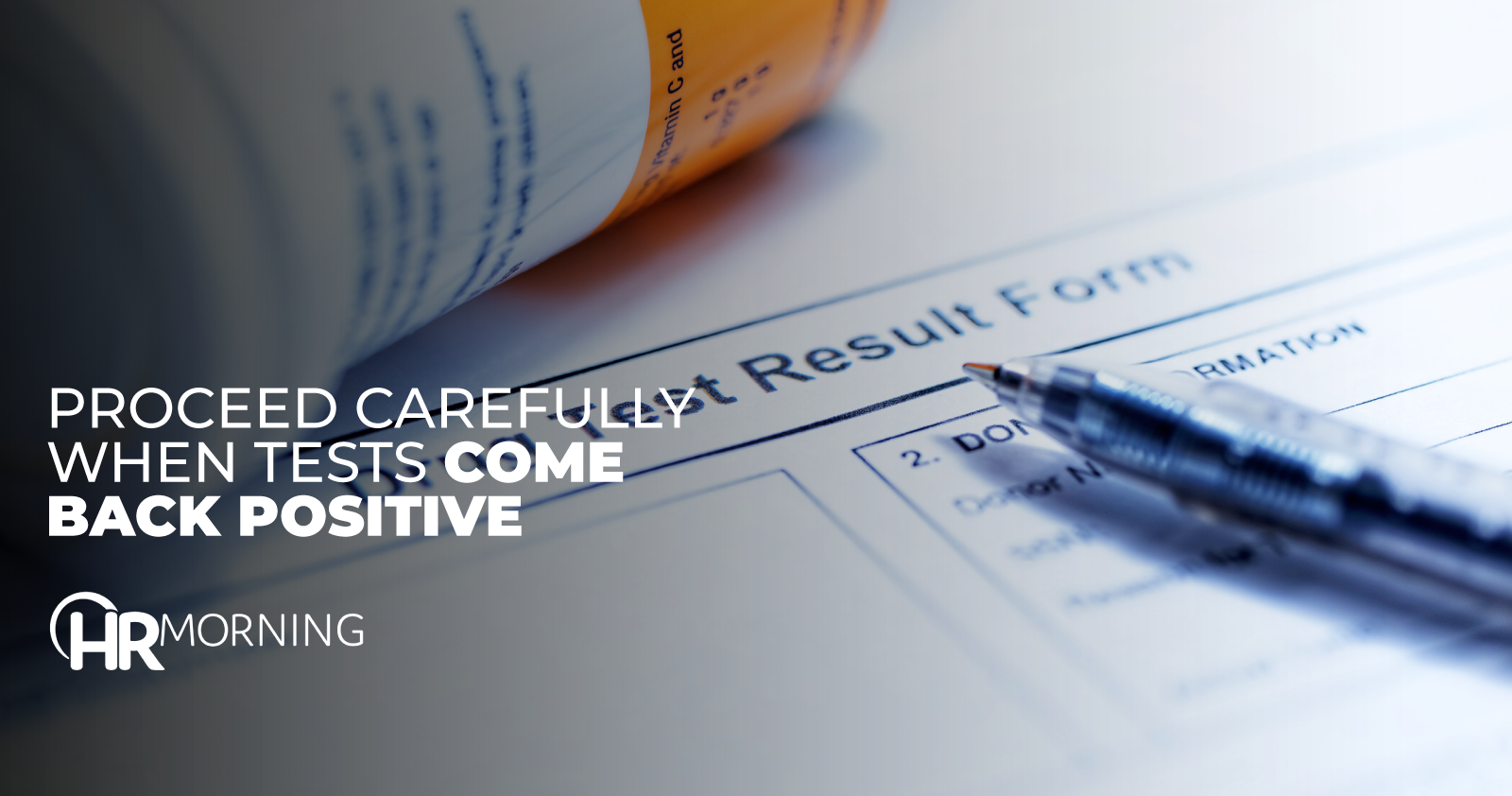 Be careful how you respond if an employee flunks a drug test.

The Equal Employment Opportunity Commission (EEOC) just resolved a lawsuit it filed against an employer.

It had accused the employer of responding to an employee’s two positive drug tests in a way that violated the Americans with Disabilities Act (ADA).

The EEOC sued Lonza America LLC, which operated a pharmaceutical and medicine manufacturing plant in Tennessee. It said Lonza illegally fired a 14-year employee after he twice tested positive for a legally controlled substance.

He was in recovery

The agency said that after the tests were conducted, Lonza learned that the employee was a recovering opioid addict who was participating in a treatment program and had a legal prescription for opioid medication.

The EEOC alleged that Lonza improperly forced the employee to begin counseling with a clinical psychologist. It said Lonza would not let him return to work unless he stopped taking the legally prescribed medication.

That alleged conduct violated the ADA, the agency said in its lawsuit against Lonza.

In addition, it will provide ADA-related training.

Note to employers: The ADA does not protect those who are currently and illegally using drugs. But it does protect recovering addicts who are no longer using drugs illegally.