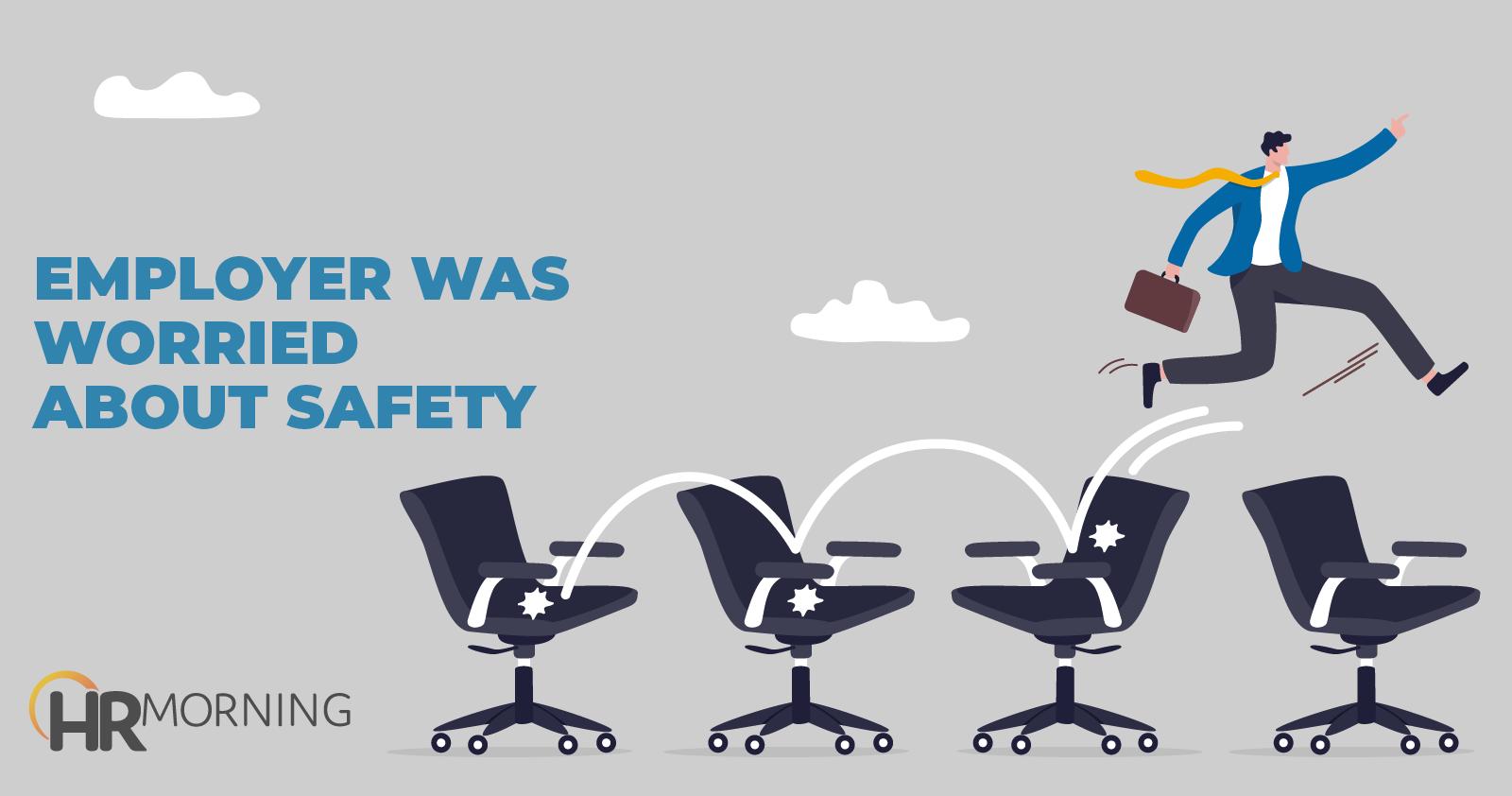 If two co-workers have a major problem getting along at work, you have to do something.

If they can’t iron out their differences, and you want both to stay, you need to find a way to make it work.

The Massachusetts State Police (MSP) addressed a situation by transferring one of its troopers to a different work location.

The bad news is that this was one of those situations where managers did the right thing but the employee sued anyway.

The good news is that the courts didn’t buy the transferred trooper’s story.

In this case, a trooper claimed the MSP transferred him in retaliation for reporting illegal discrimination.

But a state-court judge accepted the MSP’s explanation that the transfer was made for safety reasons. The MSP backed its decision with:

A state court granted the MSP judgment without a trial. A state appeals court affirmed.

They Didn’t Get Along

In March 2012, Internicola and Gillespie got into an argument and a physical fight while on duty.

Internicola was born in Italy and is of Sicilian descent.

He’s white, but he says Gillespie repeatedly called him and his family the N-word during the fight.

Internicola believes the slur was aimed at his national origin.

The decision doesn’t say why, but Internicola didn’t report the fight until 10 months later, in January 2013.

Major William Christiansen referred the matter to MSP lieutenant colonels at headquarters. He asked for an internal affairs investigation.

Two months later, in March 2013, Internicola and Gillespie had another fight. He says Gillespie called him the N-word again.

Internicola reported it that day, and internal affairs investigated.

He says Gillespie was glaring at him and muttered something under his breath.

In response, Internicola said words to the effect of: “[Y]our day is coming soon, very soon[.]”

Hines called Internicola in for a private talk in his office.

Internicola confirmed he made that statement. But he told Hines that by “your day is coming,” he meant the consequences Gillespie would face after the internal affairs investigations were done.

Internicola also screamed and yelled at Hines during the meeting.

Hines allegedly called him a “baby”; said Internicola had “put [his] back to a wall”; and asked, “Why can’t you do your job?”

Boss Consults Superiors — and Then Acts

Christiansen called headquarters and recommended transferring Internicola to a different troop due to concerns for the “safety of the barracks.”

A lieutenant colonel approved the transfer.

Christiansen also consulted with another lieutenant colonel. Together, they decided to give Internicola two paid days off to make sure he and Gillespie remained separated pending Internicola’s transfer.

Later that day, Christiansen and Hines met with Internicola. After telling him about the transfer and the paid days off, they let him choose which troop to move to. He chose Troop A.

A year later, in September 2014, based on his lawyer’s advice, Internicola accepted a permanent transfer from Troop F to resolve all internal affairs investigations, including two investigations unrelated to his problems with Gillespie.

But he went on to sue the MSP for retaliation. He said it violated state law by transferring him to a different troop because he exercised his right to file a discrimination complaint against Gillespie.

It Would Have Been Illegal — If They’d Done It

Massachusetts General Laws c. 151B, § 4 (4), makes it unlawful for “any person, employer, labor organization or employment agency to discharge, expel or otherwise discriminate against any person because he has opposed any practices forbidden under this chapter or because he has filed a complaint” of unlawful discrimination.

To prove unlawful retaliation, Internicola had to show:

The MSP argued the lower court was right to grant it judgment. It said Internicola could not reasonably expect to establish a causal connection between his complaints against Gillespie in early 2013 and his transfer many months later in September 2013.

If a protected activity (here, making a bias complaint) is quickly followed by an adverse employment action (here, Internicola’s transfer), a court may find a causal connection based on timing.

Internicola also had to show that MSP’s offered legitimate, nonretaliatory reason for transferring him – safety concerns at Troop F – was only a pretext for retaliation.

The court wrote, “Here, the plaintiff has come up empty.”

Internicola produced no evidence to support an inference that the MSP transferred him for any reason other than valid safety concerns.

As such, the trial court was right to grant the MSP judgment without a trial.

The appeals court affirmed the judgment for the employer.