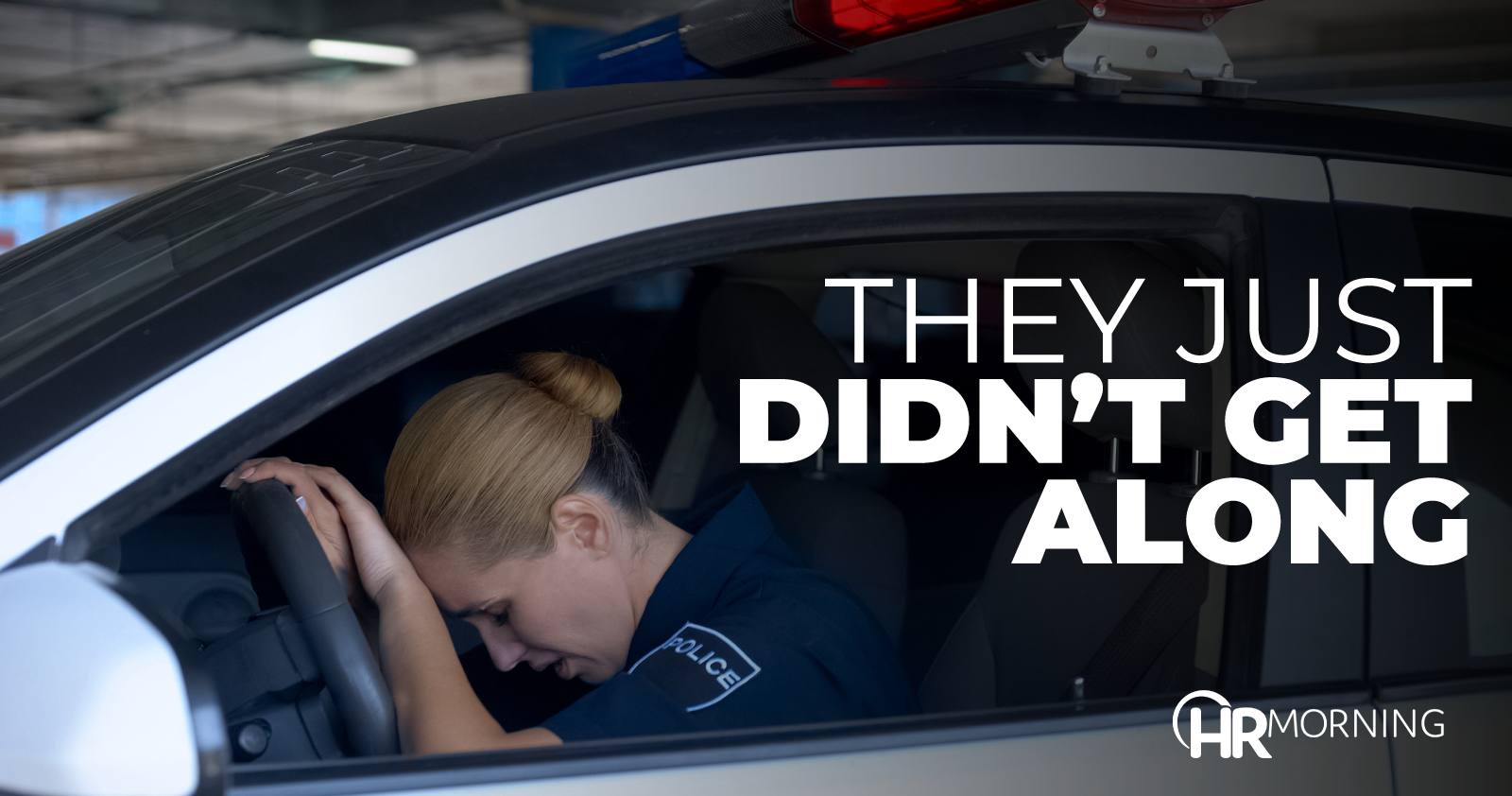 It’s a line courts like to repeat in harassment cases that assert Title VII violations: “Title VII is not a general civility code for the American workplace.”

But where does rude behavior cross the line and become illegal harassment?

That’s a question that a federal appeals court had to answer in a recent case that was filed by a former probationary policy officer who alleged unlawful same-sex discrimination.

Brandy Newbury was a probationary officer for the Windcrest Police Department, which is located in Texas.

Newbury did not get along well with Officer Blanca Jaime.

Once, the pair got into a heated dispute regarding the proper use of grammar in an incident report. Newbury said Jaime questioned Newbury’s level of education and yelled at her in front of her colleagues during that encounter.

Newbury also said that Jaime “generally treated her rudely and dismissively.” She claimed that Jaime once gave her a dirty look. She also said Jaime sometimes ignored her or refused to shake her hand.

Newbury filed an internal complaint of sexual harassment. She alleged that Jaime treated her rudely because she is a woman. She also said Jaime treated women worse than she treated men.

The employer hired a law firm to investigate. The firm concluded that the allegations of sex discrimination were not substantiated.

Newbury then resigned and sued the employer. She alleged sex discrimination under Title VII. She also asserted retaliation, constructive discharge, privacy rights violations and intentional infliction of emotional distress. A lower court ruled against her. She appealed.

The U.S. Court of Appeals for the Fifth Circuit affirmed the ruling for the employer.

Newbury chose the third route in an attempt to prove her claim, the court said. But her allegations in this regard were “highly speculative,” it decided. All she offered was an allegation that Jaime was rude to her and another officer, and a male employee’s stated belief that Jaime treated men better than she treated Newbury.

But the same male employee also said Jaime was rude to him as well. And some other employees told investigators that Jaime treated some female employees “cordially.”

All Newbury did, the court decided, was show that Jaime was nice to some co-workers and rude to others.

This was not nearly enough to prove her claim that Jaime treated her less favorably because she is a woman, the appeals court explained.

She did not suffer an adverse job action and was put in a position that would make a reasonable person feel forced to resign, it said.

The lower court’s ruling for the employer was affirmed.