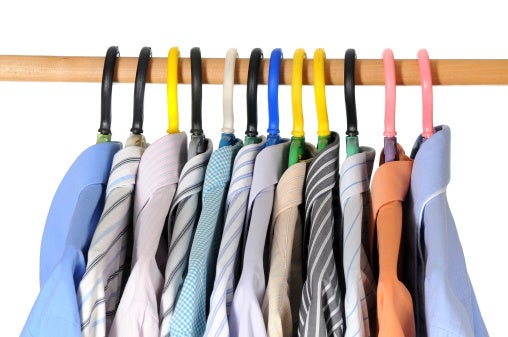 While each company has a different idea of what its employees should wear to work, employers usually have the power to enforce some kind of dress code.
But with this ability come legal risks if the dress code isn’t applied equally to male and female employees.
Of course, the dress codes for men and women can’t be completely identical. For example, one very common difference is men only being allowed to wear pants, while women are able to wear dresses and skirts as well as pants.
These differences are widely considered reasonable, but things can start crossing into discrimination territory if employers try to force employees to conform to gender stereotypes or violate their religious beliefs.

Here’s one recent example of a company trying to get a female employee to dress more femininely.
Chakia Harvell, a salesperson at Wyndham Vacation Ownership in Long Island, NY, claims she was fired for not conforming to female stereotypes in the way she dressed.
When Harvell first started her job, she wore trousers and ties to work. It wasn’t long until she was pulled aside by HR and told to re-examine the dress code. When Harvell didn’t change her clothes, the HR rep told her to “observe the ladies” in the office and mimic their dresses and heels.
Harvell refused, saying the company was trying to turn her into a feminine, stereotypical woman, which she wasn’t. She was eventually fired for lateness, according to Wyndham.
The case is pending, but it represents the great legal risks employers face by forcing gender stereotypes onto employees. Doing this could easily run afoul of laws protecting workers based on sex and gender identity.

As well as sex discrimination, employers need to be wary of religious or national origin discrimination in their dress codes as well.
The EEOC says employers can establish a dress code that applies to all employees, but there may be some exceptions. For example, a disabled employee or a religious one may need a reasonable accommodation that violates the typical dress code.
Also, the EEOC says dress codes must be enforced consistently. If an employer allows workers to wear t-shirts and jeans but not traditional ethnic attire, this could lead to a national origin discrimination lawsuit.