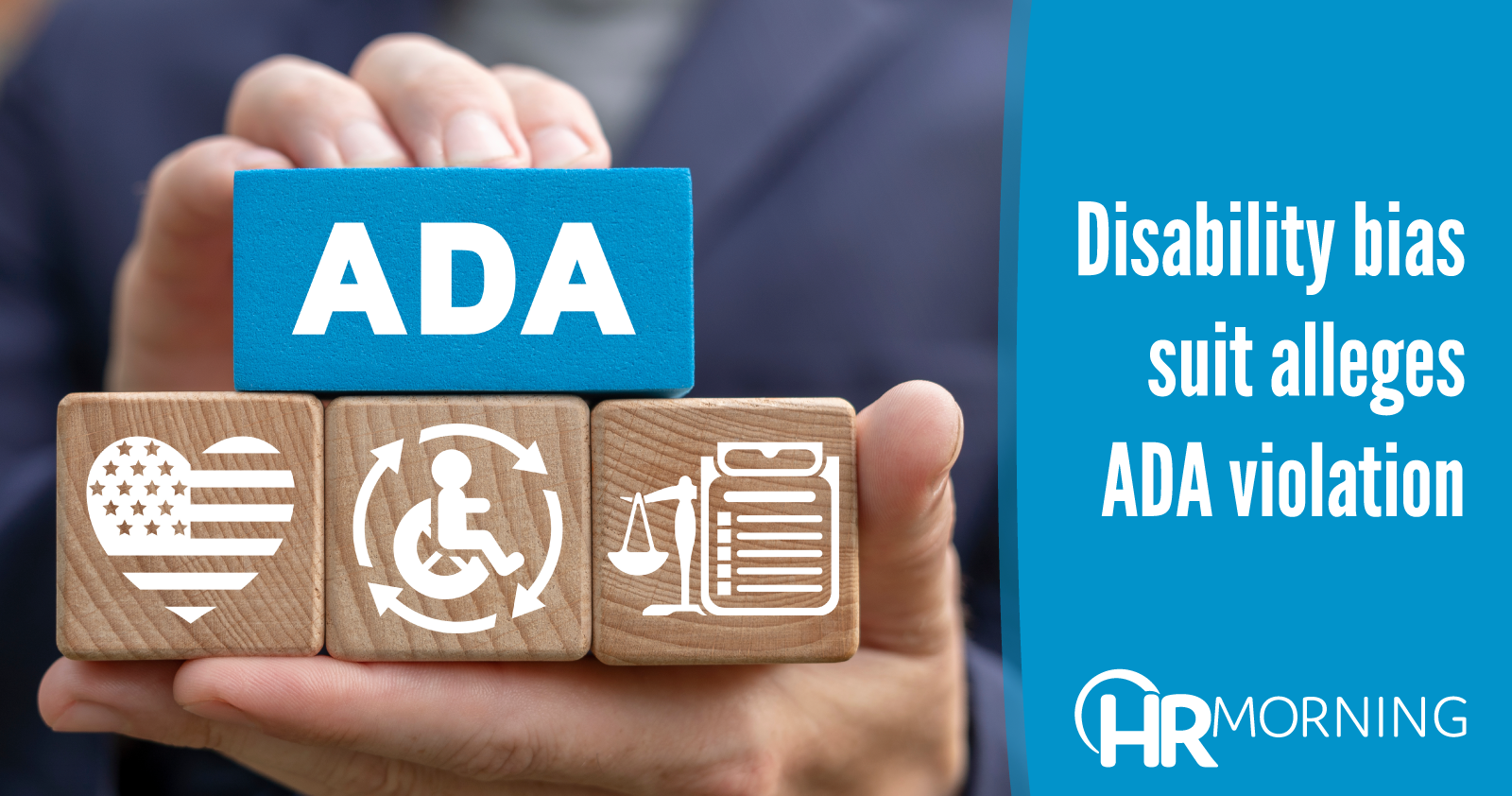 A new disability bias suit accuses the Salvation Army of violating the Americans with Disabilities Act by terminating a cashier on the basis of his disability.

Like a legion of cases before it, the suit says the events triggering the wrongful termination coincided precisely with what has proven to be a surprisingly dangerous move for many employers: the appointment of a new supervisor.

The allegations drive home a point for HR pros that can hardly be repeated often enough: Supervisor training must include training related to any job-related accommodations that are to be extended to a new subordinate. It must also include general training relating to managing employees with disabilities.

And while this case involves alleged disability discrimination, it is important to remember that the provision of religious accommodation may be required as well under Title VII.

The specific target of the suit, which was filed by an attorney in the Detroit field office of the Equal Employment Opportunity Commission, is a Salvation Army thrift store located in Ann Arbor, Michigan.

The agency says that near the start of July of 2018, the man on whose behalf the suit has been filed interviewed for a job as a cashier at the store. He was assisted by an employment coordinator with Michigan Ability Partners, which is a non-profit organization that works with veterans and people with disabilities.

A store manager was informed that the applicant has disabilities and would need a job coach in connection with the position. Those disabilities include scoliosis, Asperger’s Syndrome, bipolar disorder, anxiety/depression, dyspraxia and dyskinesia.

The man has a disability under the ADA because he is substantially limited in walking, brain function and neurological function, the complaint says.

About two weeks after that interview, the man began working as a cashier at the store with the help of a job coach, the suit says. At that time, he began a 90-day probationary period of employment.

At the start of December of 2018, a new manager was assigned to the store.

Things changed drastically – and for the worse – when that change was made, the suit asserts.

“[T]he new manager demonstrated animus toward the [employee] because of the physical manifestations of his disabilities,” the suit alleges.

More specifically, it says that the new manager repeatedly chastised the employee based on his tics and involuntary movements, such as touching his face and rubbing his shirt. It also says the new manager would not permit additional job coaching and disciplining him for small mistakes. It further alleges that the manager behaved aggressively toward the employee in a customer’s presence.

During that same month, the employee accidentally dropped a $1 drinking glass. On the same day, his employment was terminated.

In February of this year, the EEOC told the employer it had found reasonable cause to believe it had violated the ADA. The agency invited the employer to resolve the case informally, but the parties were unable to reach an agreement.

That led to the filing of the suit in a federal district court in Michigan. The suit says the employer violated the ADA by terminating the employee because of his disabilities.

As relief, the suit asks the court to grant a permanent injunction that bars the employer from terminating employers based on disability. In addition, it specifically asks the court to order the employer to implement policies that provide equal employment opportunities for qualified individuals with disabilities. And it asks for back pay and other relief, including punitive damages.

It’s a seemingly easy-to-avoid and yet relatively common misstep: A new supervisor is not properly trained to manage an employee with a disability. It’s a mistake that has been made, as alleged here, even when the employer has already provided the employee with some form of job-related accommodation.

It’s often indicative of a breakdown in communication with respect to the transfer of supervisory authority. And clear policies regarding how that transfer should take place – including policies calling for the provision of all relevant supervisor training – are essential.