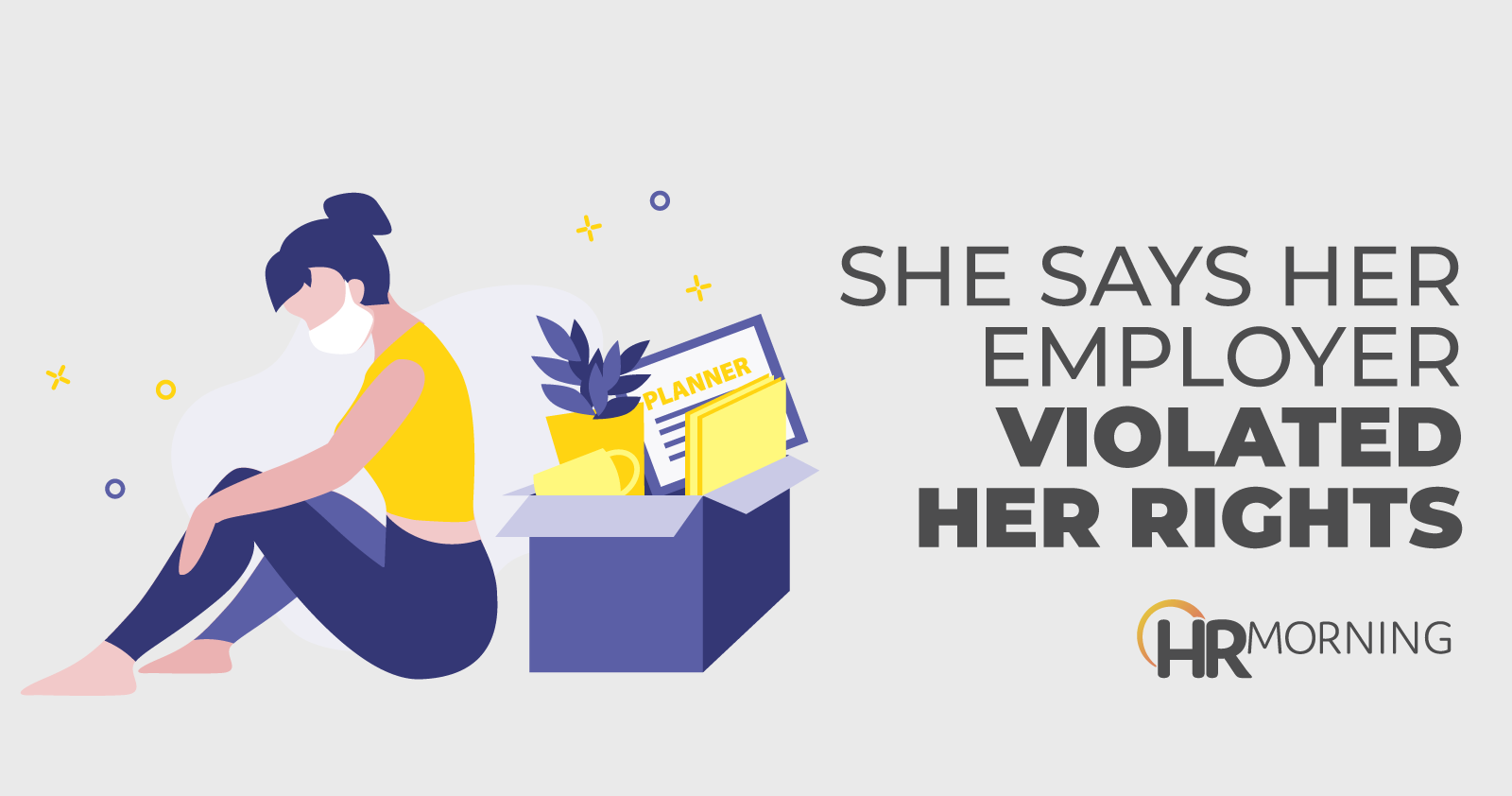 A judge said the “alleged spread of a contagious disease” among jail staff and inmates is a matter of public concern. So the judge has refused to dismiss a fired corrections employee’s First Amendment claim.

The employee had issues with her employer’s pandemic response.

The court also found a whistleblower claim can go forward.

Sgt. Jannease Johnson worked at the Washington, D.C., DOC. She was also executive secretary of the union’s labor committee (LC).

In March 2020, the LC decided the jail’s COVID-19 protections were inadequate. It started meeting with its lawyer at Hannon Law Group (HLG).

LC created its own protocols for guards based on CDC guidance. It urged union members not to follow orders that contradicted them.

As of March 29, 2020, Johnson said five inmates had tested positive.

There was a livestreamed press conference outside the jail to announce that LC was filing the brief. At it, Johnson spoke out about the DOC’s lack of testing and contact tracing.

She criticized Booth and said guards were testing positive.

She Helps Out Reporter …

In April, HLG filed a class action lawsuit for the LC. It alleged the DOC wasn’t protecting staff.

She says inmates rioted after the facility denied them rec time or showers for four days. Also, she gave HLG an internal DOC email on planned use of force in response to it.

HLG shared the email with a reporter.

Johnson later talked to the reporter, saying a co-worker had died of COVID-19.

She says she gave DOC advance notice of her interview – and it reassigned and demoted her.

… And Lands in Hot Water

The DOC investigated her for releasing privileged information.

It claimed that forwarding emails to the union’s lawyers violated the Health Insurance Portability and Accountability Act (HIPAA).

The DOC asked a hearing officer if firing her would be legal. The hearing officer found that disclosing the DOC email to the union’s lawyer was allowed under a whistleblower exception to HIPAA. The officer said “forwarding the email through her attorneys to the media” was not – and she was “bound by the actions of the attorneys.”

The DOC fired Johnson in August 2020. She sued the DOC, its director and deputy director. Johnson alleged violations of D.C.’s Whistleblower Protection Act (WPA) and the First Amendment.

The DOC defendants asked the court for judgment without a trial.

Next, the court agreed with the DOC defendants that the WPA likely protects only disclosures to public institutions, not lawyers. But under the D.C. Code, courts are public bodies.

Johnson’s disclosures were used in court filings. That was enough at this stage to allege that sharing the email with HLG was an indirect disclosure to a public body.

The court also refused to dismiss her First Amendment claim.

Specifically, it agreed that complying “with medical privacy laws such as HIPAA is surely important.” But even assuming a HIPAA violation, the DOC didn’t explain the danger of disclosure.

Balanced against the DOC’s ability to effectively provide public services, the court found she alleged “a weighty First Amendment interest” in arguing that she was trying “to bring public scrutiny on the deplorable and dangerously poor response to COVID-19 by DOC.”

Lastly, it found this was enough to outweigh the DOC’s stated interest at this point.