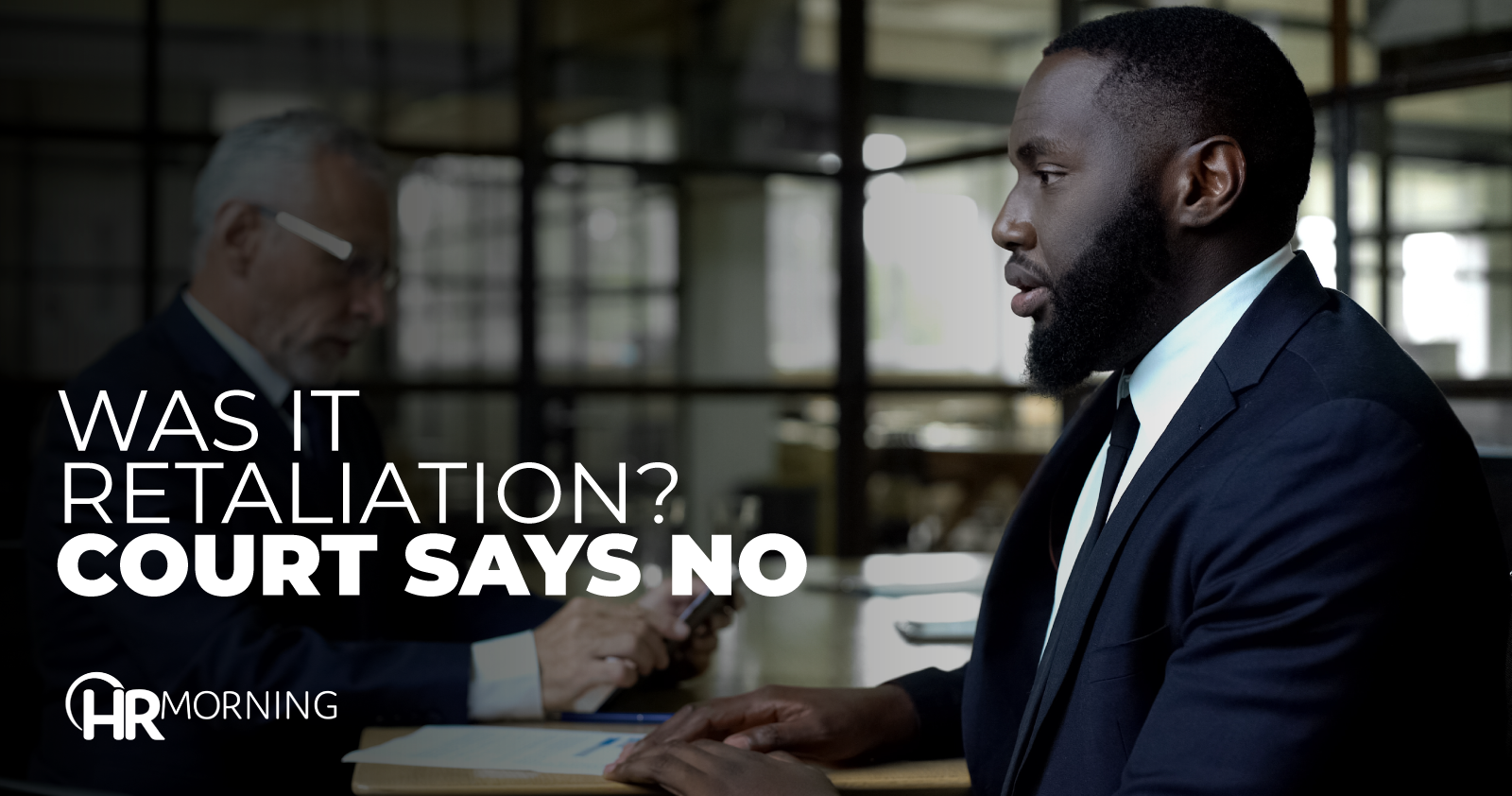 A manufacturing engineer was unable to convince a federal appeals court that his employer denied him a promotion and later terminated his employment because he filed charges of discrimination with the Equal Employment Opportunity Commission (EEOC).

Dassault Falcon Jet Corp. hired Robert Gipson as a quality control inspector in 2004. In 2006, it promoted him to a job as a manufacturing engineer.

Problems began in 2011, when a supervisor gave Gipson a poor performance evaluation. He complained to human resources (HR) and got into a heated argument with his supervisor.

That same year, Gipson, who is Black, filed a charge of race discrimination with the EEOC. The EEOC issued him a right-to-sue letter, but he decided not to file suit.

The employer promoted Gipson again in 2014, this time to a position as senior manufacturing engineer.

After serving in that post for about 10 months, he applied for a promotion to a job as a team leader.

HR told him he was not qualified for the job because he had not accumulated the required year of experience as a senior manufacturing engineer. An African American candidate was chosen for the job.

Gipson filed another EEOC charge in 2015. This time, he alleged that he lost out on the promotion because of race discrimination and because he filed the 2011 EEOC complaint.

The EEOC issued him another right-to-sue letter. In 2016, Gipson sued Dassault for race discrimination and retaliation.

In 2017, Dassault terminated Gipson’s employment as part of a reduction in force. Gipson then amended his court complaint to allege that the termination was motivated by unlawful race discrimination and retaliation. A trial court ruled for Dassault on all of Gipson’s claims, and Gipson filed an appeal.

The U.S. Court of Appeals for the Eighth Circuit affirmed the trial court’s decision.

The appeals court rejected the race discrimination claim regarding the promotion, noting that a supervisor’s statement that Gipson was “big and intimidating” was race neutral and finding that Dassault did not offer shifting explanations for its decision.

Nor did Gipson show his termination was motivated by his race, the appeals court said. Instead, Dassault said he was let go as part of a planned company-wide reduction in force, and Gipson did not show this proffered reason masked an unlawfully discriminatory motive.

As to Gipson’s retaliation claims, the appeals court said Gipson did not show he was denied the desired promotion because he filed an EEOC complaint. Gipson did not establish the required causal connection between his protected activity of filing the complaint and the adverse employment action of being terminated, the court said.

Four years passed between the 2011 EEOC complaint and the 2015 promotion decision, the court noted. During that time, Dassault promoted Gipson, increased his pay and told him he was meeting or exceeding job expectations, it pointed out.