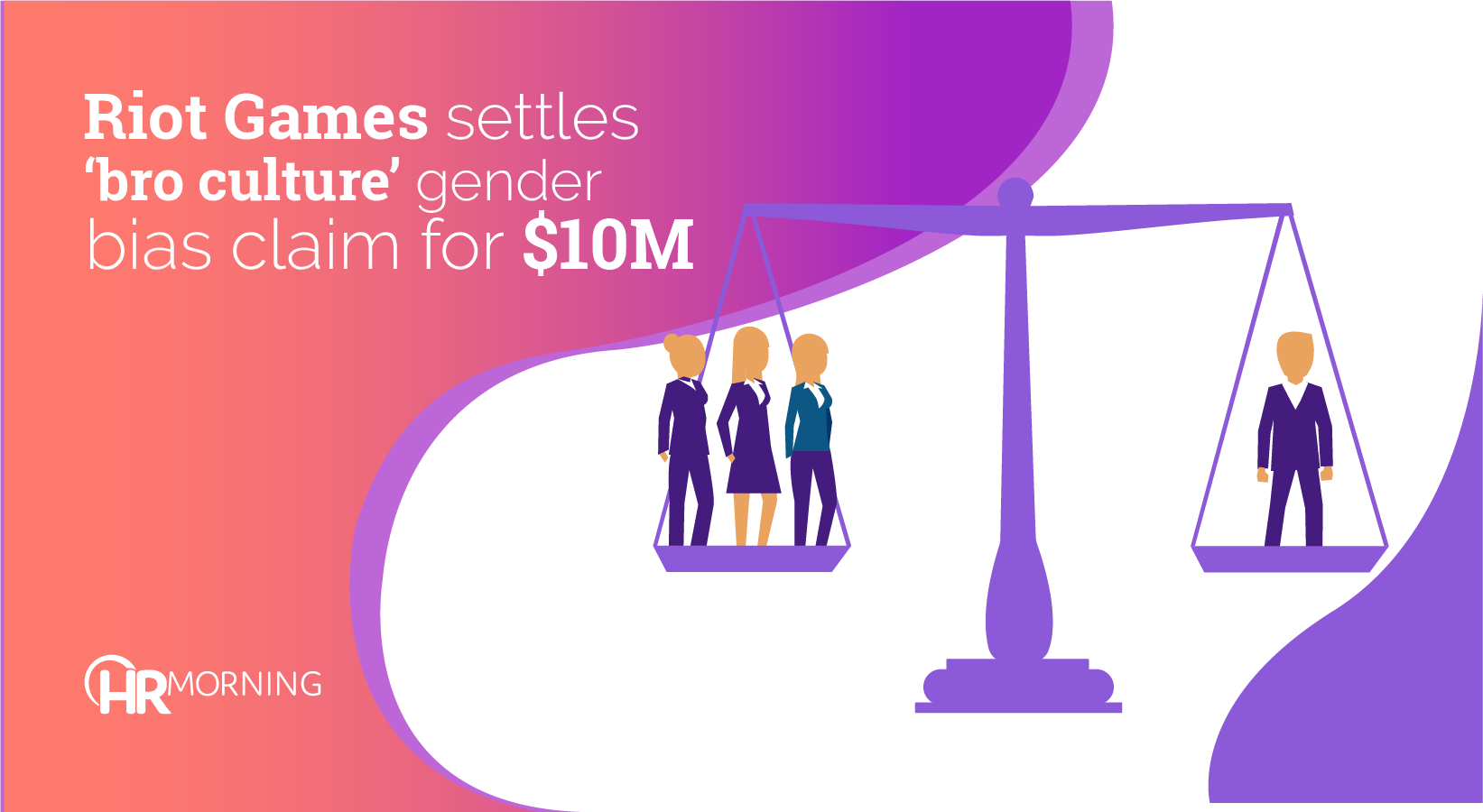 All it took was an exposé, two lawsuits alleging gender bias, sexual harassment and wrongful termination; a walkout and a class-action on behalf of its female employees.

And the $1.4 billion dollar company (2018 revenue) agreed to settle a class-action suit by paying out $10 million to about 1,000 employees who self-identify as female.

The settlement was announced in August but details have just been released.

Fixing a culture of gender bias and retaliation

The legal battle was launched following an investigative report into Riot’s “toxic culture” by gaming news and review site Kotaku. The report detailed pervasive gender bias experienced by female employees at the company.

The company moved to block two of the suits because the two women had signed arbitration agreements when they were hired.

Riot said in its filings that it strengthened its sexual harassment and gender discrimination reporting process.

The company also committed to make its pay, promotion and hiring practices more fair and transparent.

And it promises other moves to show its commitment to “living up to our values and to making Riot an inclusive environment for the industry’s best talent.”

One thing that won’t be changing immediately for the company’s existing workers is the forced arbitration clause in their contracts.

The company’s efforts to force the original gender bias, harassment and wrongful termination suits into arbitration was one of the driving issues behind the May 2019 walkout by about 150 workers.

Despite the pressure from employees and the public, Riot has thus far refused to change its arbitration agreement for workers hired before Jan. 1, 2019.

Employers in California are prohibited from requiring “any applicant for employment or any employee to waive any right, forum, or procedure … including the right to file and pursue a civil action or a complaint…“

Tech giants Google and Facebook moved to address the issue earlier this year.

Google announced in February it would end the practice of mandatory arbitration for all employment disputes, including gender bias, sexual harassment and retaliation occurring after March 2019.

That agreement left out contractors, however, who make up about half of its total workforce.

Contract workers at Google locations in California will be covered under the new law.

It is unclear what Google will do for contractors working outside the state.

Facebook so far has followed the lead of other large tech companies and limited its arbitration changes to cases of sexual harassment.