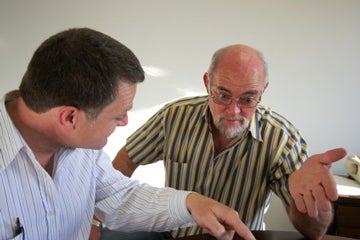 Good managers don’t relish the prospect of firing people – indeed, they cringe at the thought. But letting people go is part of the manager’s franchise.

And it ain’t easy in today’s employment climate. Here’s an overview of the issue, and a look at some concerns managers may not have thought about.

Why they can’t work for you anymore

First off: Why do organizations part company with workers? Some of the most common reasons:

No-brainer: The best way to avoid having to fire workers is to hire the right people in the first place. But some applicants are great interviewers and lousy workers. Some don’t bring the skills companies thought they’d bring. And some just never quite fit, for all sorts of personal reasons.

As the philosophers say, the only certainty is change – and that’s especially true with employees. They may join the firm with an enthusiastic attitude, only to turn sullen, surly and unmotivated as the years go on.
Sometimes people just tire of their jobs, or develop personality conflicts with co-workers.
What counts is performance: It may sound cold-blooded, but in today’s business climate, companies just can’t keep workers around because they used to be productive.

Certainly truer today than ever before. With advances in technology and ever-increasing pressure for productivity, some workers simply can’t grow fast enough to handle their new responsibilities.

Here’s another factor that’s grown in importance as companies grow leaner and staffs shrink. For many employers, it’s a simple truth: You can’t help us succeed when you’re not here. Case closed.

‘Smoking in the dynamite factory’

That’s employment expert Hunter Lott’s term for specific offenses that are so egregious the employee’s got to be terminated on the spot. These are things like willful violations of safety rules, violent behavior, stealing, and breaking key company rules and policies.

The vast majority of states operate under the ‘at-will’ doctrine of employment – which, in a purely legal context, gives both employers and employees the right to terminate their working relationship at any time, for any reason – or no reason at all.
Problem is, the at-will doctrine can often provide supervisors with a false sense of security: “Hey, we’re operating on an at-will basis here. If I want to fire ’em, I fire ’em. I don’t need a reason.”
And then the employee sues, for discrimination or retaliation or any number of other possible violations. When the employee’s attorney asks the manager why the worker was dismissed, the manager answers, “I didn’t have a reason. He was an at-will employee, so I was within my rights to fire him.”
Not too tough to imagine a jury’s reaction to that statement.
That disturbing image is compelling evidence of why it’s important to not only establish good reasons for firing an employee, it’s equally critical to have documentation that backs up that decision.

It’s all in the preparation

Companies that can fire without fear have built a strong foundation of specific expectations for employees – and then taken steps to communicate those expectations clearly.
These companies also invest time and resources in training managers on how to document employee problems and handle the uncomfortable confrontations those problems can produce.
How can employers communicate basic employee expectations? Many firms use their employee handbook.
Time was, employers made a conscious decision to not have an employee handbook. Too confining, they said. We want to be able to keep our options open.
That attitude’s fading now – largely because savvy execs realize they can set up basic employee standards without painting themselves into a legal corner.
Many companies are simply outlining the kind of behavior they’re expecting from workers. Take this real-life example:
Behavior standard: Maintain a positive work atmosphere by acting and communicating in a manner that helps you get along with customers, clients, co-workers and management.
Naturally, most handbooks also outline policies on attendance and the progressive discipline process. The effective ones take pains not to set down hard and fast rules. Example: “If performance doesn’t improve after verbal and written warnings, the employee will be terminated.”
Better to say something like, “Under-performing employees will be subject to a progressive discipline policy, which, at our discretion, could include verbal and written warnings. Failure to exhibit acceptable improvement may result in further discipline, up to and including termination.”
Of course, employee handbooks are just the start. It’s always good to remind managers that the real work is done through day-to-day observation and communication with employees.
If managers are truly on top of what their workers are doing – and take appropriate steps to improve behavior and performance – companies needn’t fear the legal consequences of whatever employment action they take, including termination.

There’s a school of thought that says, “You can’t fire employees just because they exhibit a bad attitude. As long as they meet your minimum standards, you can’t let them go.”
Wrong. To begin with, a bad attitude doesn’t meet anybody’s minimum standards – and a lot of companies are making that clear from the first day of hire.
Take a look at that “behavior standard” above. It’s really about workers’ overall mindset about their jobs. It’s the way they approach getting their work done as part of a team. It’s about their attitude.
More and more employers are recognizing just how corrosive bad worker attitudes can be. After all, if an employee personally meets minimum standards, but disrupts other employees’ jobs and alienates customers, what’s the net value to the company?
Employers can, indeed, fire for attitude. The judgment process simply must go from subjective – “He’s a miserable SOB to be around” – to the objective – “His constant bickering with co-workers has caused our production numbers to drop.”
So managers should forget the term “attitude” and replace it with “behavior.”

Another common problem area for managers is the employee who’s constantly making small mistakes – a little late arriving at work, a little slow completing her duties, a little sloppy in her work.
They’re not a big deal, but they’re irritating, and they send the wrong message to the offender’s co-workers.
But managers are loathe to take action – you can’t fire somebody for being five minutes late, can you? And anybody could make a clerical error now and then.
They key here is the cumulative effect of the employee’s actions. Fixing one small mistake may be no big deal. Fixing 20 small mistakes starts to take a quantifiable chunk of worker time.
Grounds for firing this employee? An “unproductive work pattern.” And companies can make it stick through solid documentation.