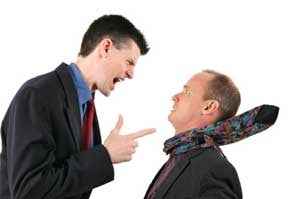 Everyone encounters colleagues they don’t get along with, but when they exhibit toxic behavior, it’s an entirely different problem. Toxic co-workers are the ones without the best intentions, always trying to undermine their colleagues.
Some common toxic behaviors include:

This behavior is damaging to the workplace for a lot of reasons. People are less likely to work together as a team, and workers end up spending all their energy watching their backs.
And when toxic behavior isn’t questioned, it becomes a normal part of company culture.

Harvard Business Review contributor Abby Curnow-Chavez has three tips for dealing with a toxic co-worker whose behavior has gotten out of control.