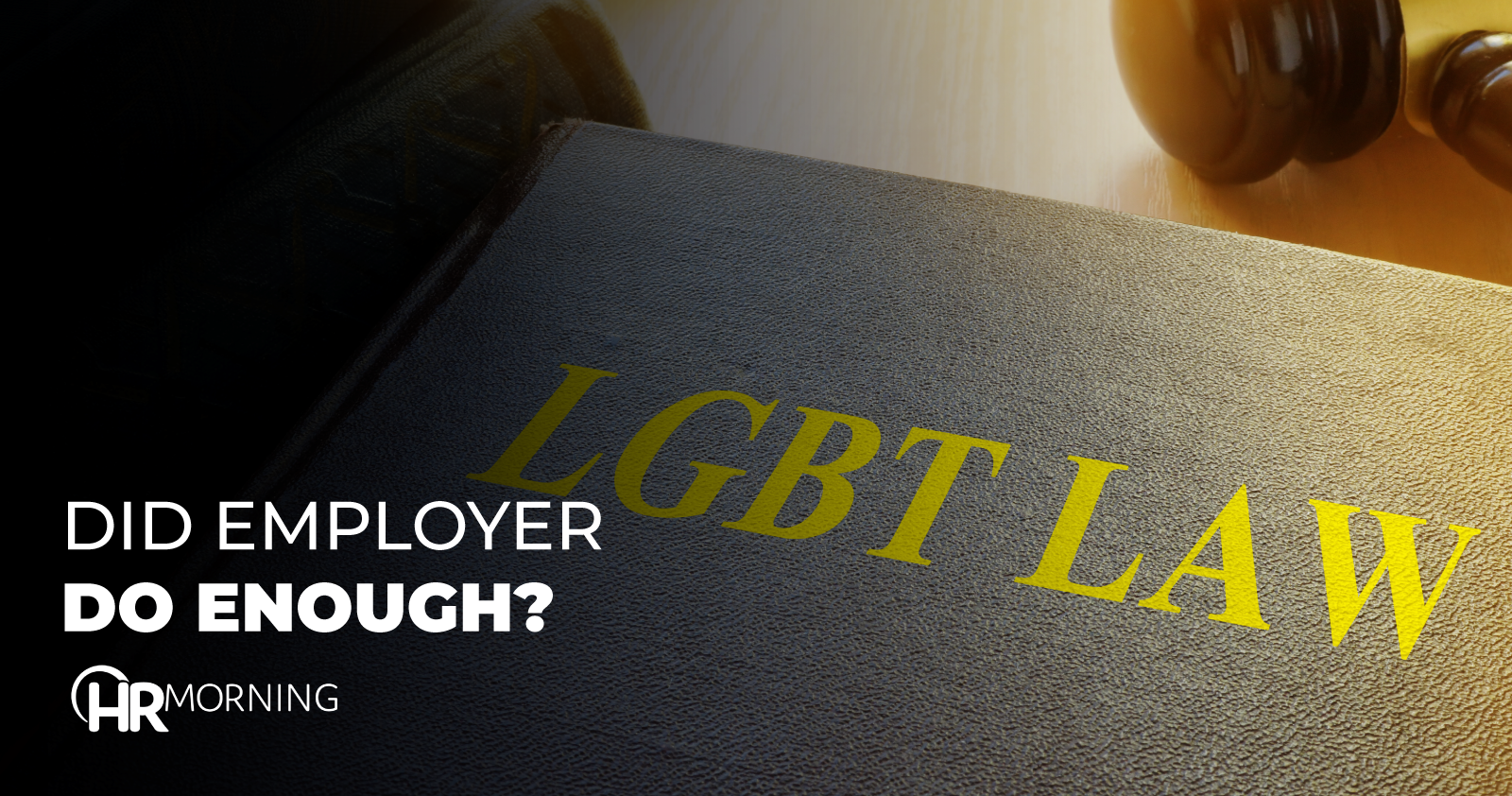 The U.S. Court of Appeals for the Sixth Circuit rejected hostile work environment and retaliation claims. A transgender city worker filed the claims. The appeals court affirmed a lower court’s decision that the employer’s response to harassment against her was consistent with Title VII requirements.

While working for the city of Detroit, Jane Doe began transitioning from male to female.

When she returned from leave she took to have surgery related to her transition, she saw that someone had scrawled “Mr.” on her office nameplate. The city removed, cleaned and replaced the nameplate. Doe told HR that someone was trying to harass her.

From Bad to Worse

Unfortunately, things only got worse. Someone left a gift bag with a phallic sex toy and derogatory note on her desk. Doe filed a complaint with HR.

The city asked employees to provide a handwriting sample. It told employees that it had a zero-tolerance policy. And it interviewed employees in an attempt to identify the offender. Its efforts came up short.

Doe later received threatening notes. The city temporarily moved her office to another floor. Then it placed locks and cameras in her original office and had her return to it. Dissatisfied with the city’s response, Doe contacted an investigative reporter. A local news station reported on the story.

The police investigated but could not identify a harasser.

In May of 2017, which was about six months after the first reported incident, the harassment stopped.

Doe says that after she filed her initial complaint of harassment, her supervisor’s attitude toward her “increasingly soured.”

Did Supervisor Retaliate?
She alleged that the supervisor nitpicked her work, insinuated that she was not doing her job, unfairly raised attendance issues and rescinded pre-approved vacation time.

When Doe’s supervisor left, Doe applied for her job but did not get it. She said the person who was hired for it subjected her to a retaliatory hostile work environment.

Specifically, she alleged that the new supervisor stripped her of key staff, gave her bad reviews and accused her of stealing time. Doe also said she was more qualified for the job than the person who got it.

Doe sued the city, alleging unlawful hostile work environment and retaliation under Title VII and state law. The city filed a motion for summary judgment. It argued that it responded reasonably to the harassment and did not illegally retaliate against Doe. The trial court granted the city’s motion, and Doe filed an appeal.

The Sixth Circuit affirmed the lower court’s decision to issue a ruling in favor of the city.

What She Had to Show

The appeals court explained that to win on her Title VII hostile environment claim, Doe had to show she was a member of a protected class; she was subjected to unwelcome sexual harassment; the harassment was based on sex; the harassment created a hostile work environment, and the city was liable.

Doe alleged that the city’s response to the harassment was “completely inadequate.”

But the steps the city took were reasonable, the appeals court said.

As to the nameplate incident, the city immediately removed, cleaned and replaced the defaced nameplate.

And after the gift bag incident, it acted reasonably by collecting handwriting samples and conducting an investigation that included employee interviews.

The fact that the city was unable to identify a harasser did not mean its response was unreasonable, the appeals court said.

Doe pointed to a prior Sixth Circuit ruling to support her position. But the appeals court said that reliance was unconvincing because the prior case involved a known perpetrator and an employer that took no responsive action for a significant period of time.

Doe insisted that the city’s investigation should have been more thorough and that the city was “trying to keep it a secret” by declining to involve the police or building security. But her dissatisfaction did not show unreasonableness, the appeals court explained.

With respect to a latter threatening note, the appeals court noted that the city contacted the police three days after Doe received it. Four days after that, it submitted a work request to have a lock installed on the door to Doe’s office.

Those time frames did not show undue delay, the court said.

The city was not required to allow Doe to work from home, it added.

The appeals court also upheld the lower court’s decision to rule for the city on Doe’s retaliation claims.

Specifically, Doe alleged that the city did not promote her to the supervisor position she sought because she complained about a hostile work environment.

To support this claim, Doe relied on a statement made by her outgoing supervisor. That supervisor allegedly said that if Doe did not get the promotion, it would be because she complained about harassment.

The problem with that argument, the appeals court explained, was that someone other than the outgoing supervisor was solely responsible for selecting the new one.

In addition, the person that the outgoing supervisor recommended for the job did not get it, the court noted.

Belief Is Not Enough

Doe’s asserted belief that she was denied the job because she complained was not enough to support her retaliation claims, the appeals court said.

Moreover, more than five months passed between the time that Doe filed her last complaint and the time that a new supervisor was apppointed, the court added.

Doe did not show an inadequate response or illegal retaliation, the court said. The lower court’s ruling for the city was affirmed.