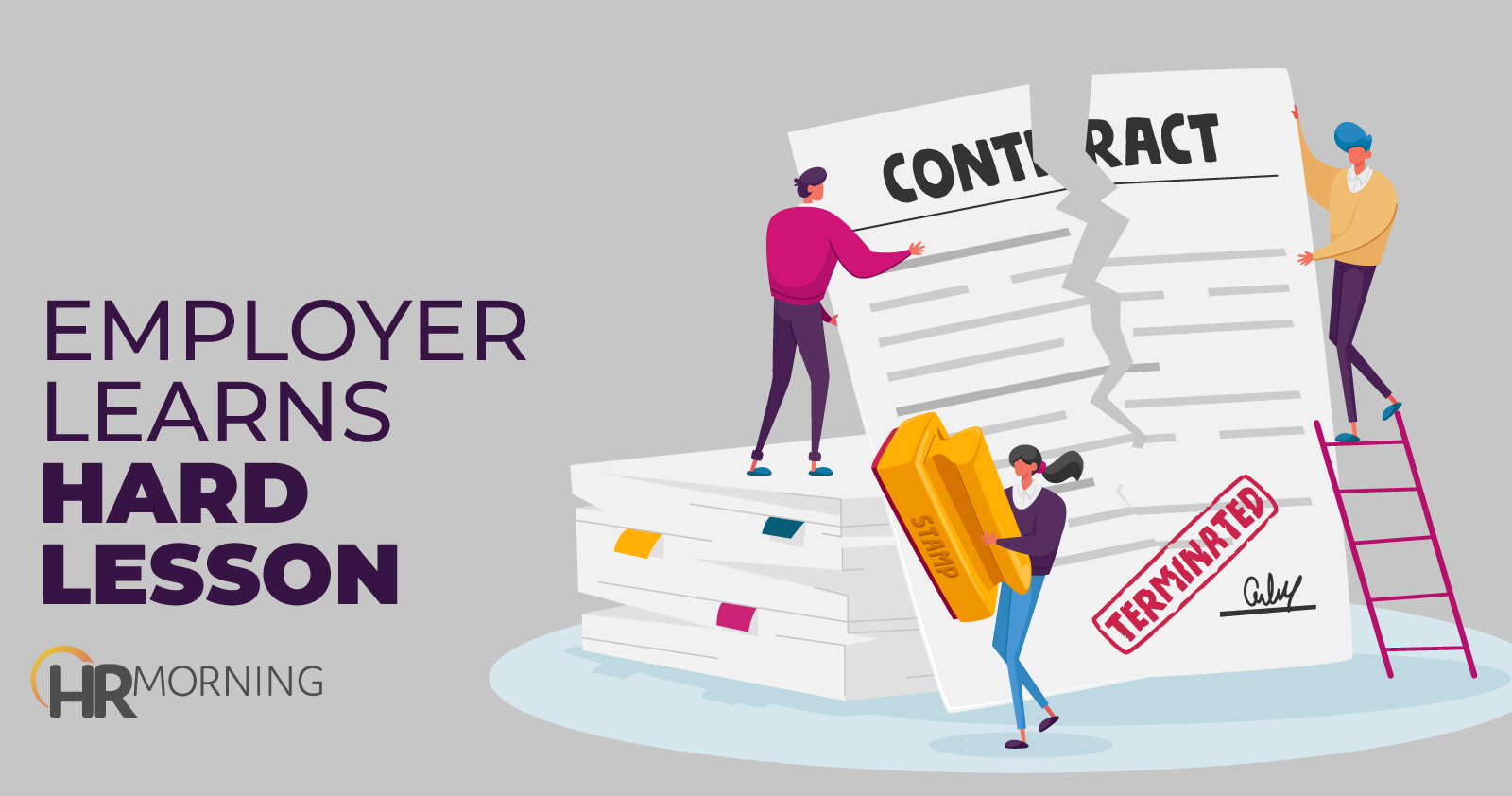 A federal appeals court upheld the National Labor Relations Board’s determination that an employer violated the union rights of its workers.

Most of its production workers are represented by a chapter of the Bakery, Confectionary, Tobacco Workers and Grain Millers International Union.

In 2016, the relationship between the employer and the union deteriorated. There were protests and disputes about overtime. Discussions intended to produce a new collective bargaining agreement fell through.

On one occasion in 2016, the three replaced American flags at the entrance of employee locker rooms with flags. The flags said, “United We Stand.” The plant manager told the union officials to remove the flags, and they did.

On another occasion, two of the three union officials wore shirts with a pro-union message to a “day of unity” rally at work.

The plant manager and an HR manager asked them to remove the shirts. One ignored the demand. The other kept the shirt on under his sweatshirt.

Managers and supervisors sometimes expressed resentment toward the union.

In July of 2016, Mondelez terminated all three union officials. It said they had falsified their time records and left their work areas without authorization.

In addition, in 2016 Mondelez made a number of changes without notifying or bargaining with the union.

First, it increased the amount of time employees on short-term disability leave had to wait before they could return to work following their submission of a doctor’s note.

It also delayed and declined to provide information requested by the union, including information regarding the alleged falsification of time records.

Mondelez appealed, and the union cross-appealed for enforcement of the board’s order.

The U.S. Court of Appeals for the Seventh Circuit rejected Mondelez’s appeal and granted the union’s request for enforcement.

First, it upheld the board’s determination that Mondelez unlawfully discharged the union officials.

There was substantial evidence that the officials’ union activity was a motivating factor in their discharge, the appeals court said. It rejected the employer’s argument that the three would have been discharged even if they did not engage in any union activity.

Those actions effected material changes that were subject to collective bargaining, the appeals court said.

Finally, there was enough evidence to support the board’s finding that Mondelez did not adequately respond to the union’s request for information.

Mondelez’s petition for review was denied. The board’s cross-application for enforcement was granted.