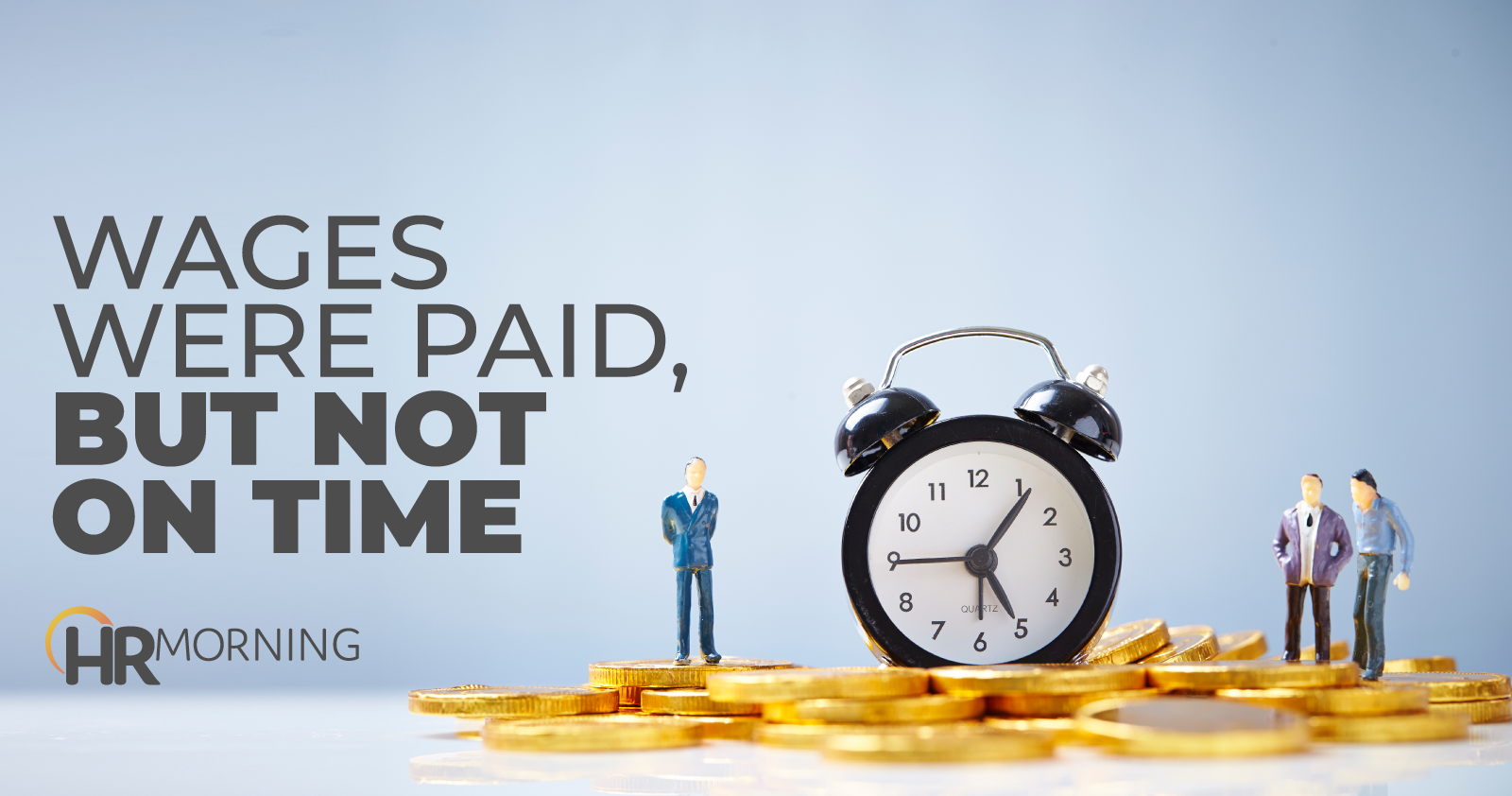 Under California law, employers must immediately pay discharged employees all the wages they have earned.

Employees who quit without providing prior notice must be paid all wages earned within 72 hours.

If at least 72 hours of notice is provided, an employee who quits is entitled to all wages earned at the time of quitting.

Those provisions address when wages must be paid.

Another provision discusses how much must be paid.

It also authorizes the state’s Division of Labor Standards Enforcement (Division) to issue citations to employers who don’t.

This case is about the interplay between the provisions regulating timing and those setting legally required minimum pay rates.

A California state appeals court issued a ruling. It said the Division got it wrong when it issued minimum wage violation citations to employers who paid departed employees the required minimum wage but were late in doing so.

The work was seasonal. The employers paid the workers on the next payday after the end of a season.

The Division determined that the two grape growers did not timely pay certain workers who quit or were discharged.

It discovered that the growers did not always pay their workers consistent with the immediate payment/72 hour payment state-law rules.

The employers paid the workers at least the required minimum wage by their next scheduled payday.

Based on the lateness of the payments, the Division issued citations to the employers for violating the state-law minimum wage provisions.

In the Division’s view, the lateness of the payments to the workers created independent minimum wage violations.

The assessed penalties were steep, totaling about $350,000.

The employers contested the citations in administrative proceedings. A hearing officer concluded that they had committed minimum wage violations.

The hearing officer reasoned that “each day wages were late meant employees were being paid nothing and therefore were not receiving minimum wage.”

Next up was further review by a state court. There, the employers argued that the Division overstepped its authority.

The trial court ordered the dismissal of all of the wage citations. It agreed with the employers’ position. The court rejected the Division’s argument that a failure to timely pay wages was also a failure to pay minimum wages.

It said the hearing officer improperly relied on a case decided under the Federal Fair Labor Standards Act in reaching a decision.

Under state law, it explained, there can be no violation of minimum wage requirements unless the minimum wage is not paid.

The trial court issued a judgment favoring the employers.

It ordered the Division to dismiss the citations and set aside the hearing officer’s decision.

The Division filed an appeal.

State law generally requires the payment of wages “on the established payday for the period involved,” the appeals court explained.

There was nothing in the text of any state statute that made the failure to pay wages in a timely manner an independent failure to pay minimum wages, the appeals court said.

The fact that the failure to pay wages in accordance with statutory sections setting timeliness requirements triggered penalties did not mean the employer did not pay minimum wages, the court added.

The Division’s interpretation was inconsistent with the statutory scheme, the court said. There was no authority to support its “unique interpretation,” it ruled.

The court affirmed the judgment.