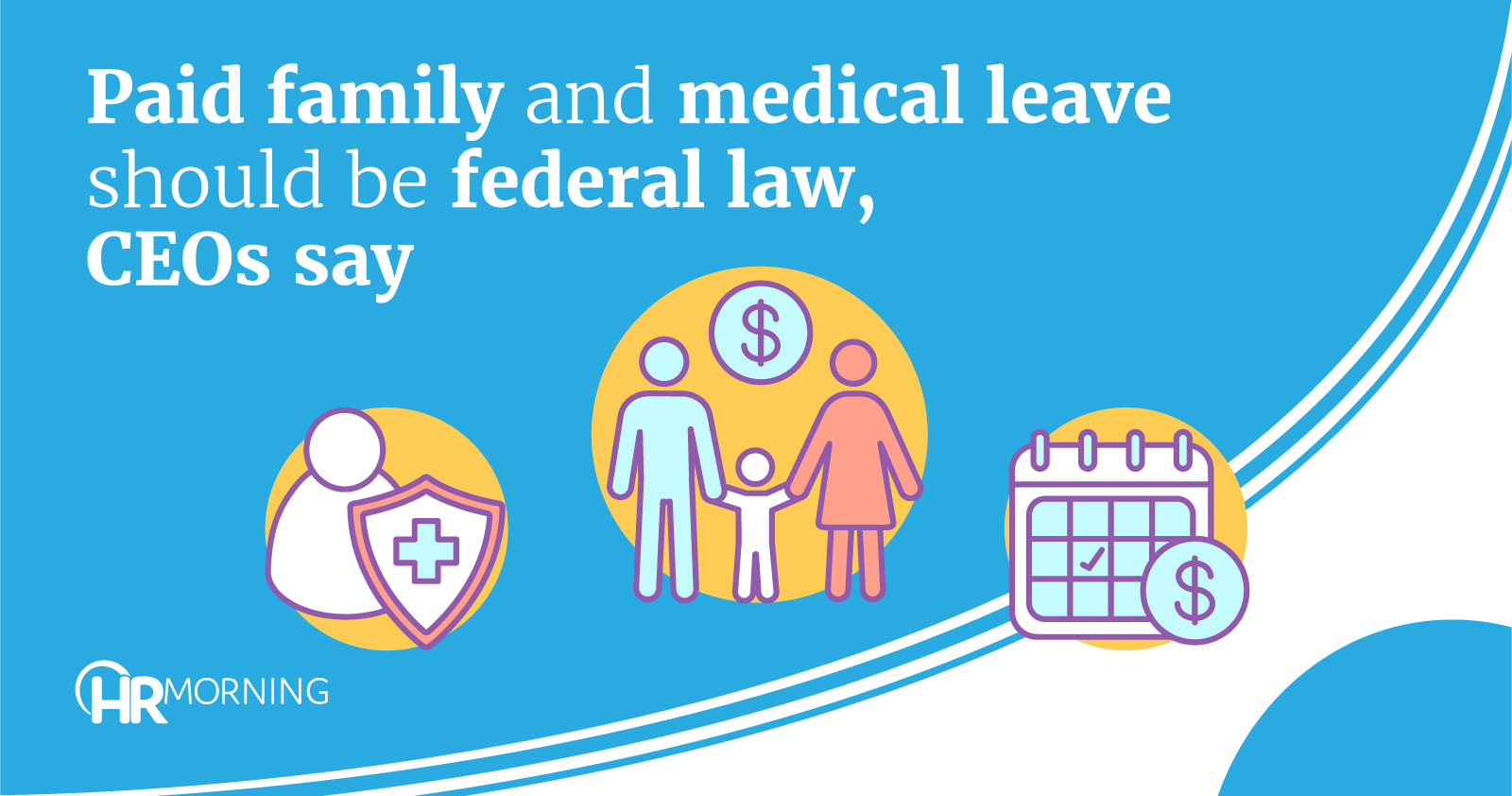 Business Roundtable, an association of U.S. CEOs that advocates for business-friendly public policy, last week called for congress to make paid family and medical leave available to as many American workers as possible.

The group sent letters to congressional leaders and the President urging lawmakers to legislate a national paid leave.

The letter comes as support increases for a national paid family leave law.

The latest defense spending bill passed by Congress includes paid family and medical leave for federal workers. The President has said he will sign the bill, which ties the proposed law to the creation of a new U.S. Space Force.

The CEOs say extending such a law to all workers will help “millions of employees in every state address the demands of parenting, family or personal illness, caregiving, and other exigencies that are part of daily life outside of work.”

Most don’t have paid medical leave

But the group did not suggest specific rules or benefits that should be included in a national paid family and medical leave law.

They said only that it should adhere to the federal Family and Medical Leave Act (FMLA), which mandates unpaid leave for eligible employees.

The group also calls for flexibility for employers to administer paid family and medical leave benefits on behalf of workers, including managing their own plans if self-funded and offering different benefits to different types of workers.