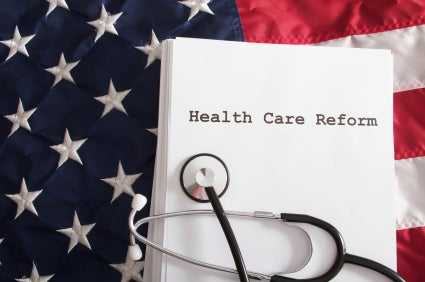 Yet another provision of healthcare reform might get nixed this summer.
The Supreme Court recently heard arguments regarding healthcare reform‘s birth control mandate, which would require companies to cover insured employees for the use of all contraceptives.
Consensus: The High Court might rule the requirement illegal when it issues its decision in June.
During a heated 90-minute debate (30 minutes longer than normal), the court heard arguments from President Obama’s administration’s lawyer saying the court “would be adopting a ‘dangerous principle’ if it gave employers a right to exempt themselves from federal laws based on their religious beliefs.”
The female justices — Sonia Sotomayor, Elena Kagan and Ruth Bader Ginsburg — noted their support for the requirement, saying “religious objectors would come out of the woodwork” if firms were allowed to deny paying for benefits because of religion.
But the five conservative justices seemed to agree that objecting to the birth control mandate is covered by federal statute — specifically the Religious Freedom Restoration Act (RFRA).
The Washington Post summed up what’s at stake:

What is likely to be the signature ruling of the court’s term presents the justices with complicated questions about religious freedom and equality for female workers. It could have long-term implications for what other legal requirements companies could decline because of religious convictions. And it asks a question the court has never confronted: whether the Constitution or the RFRA, which protects an individual’s exercise of religion, extends to secular, for-profit corporations and their owners.

The 2 cases that got us here

The actual case involves Hobby Lobby, a nationwide arts-and-crafts store, and Pennsylvania cabinet-making company Conestoga Wood Specialties.
Both stores said they aren’t opposed to offering coverage for most contraceptives. However, both companies refuse to offer coverage for emergency contraceptives that endanger a fertilized egg, such as Plan B or Ella.
An appeals court ruled in favor of Hobby Lobby, saying political speech rights allow companies like it to refuse to offer coverage.
Another appeals court ruled against Conestoga, saying companies like it can’t claim to exercise religion.
We’ll let you know how everything shakes out.
The case is Sebelius v. Hobby Lobby Stores, Inc.