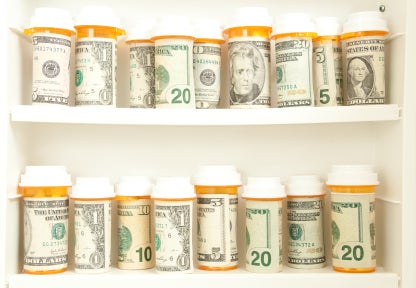 The name, “The Affordable Care Act,” doesn’t seem to be doing President Obama’s signature piece of legislation any favors. It appears to have made the law the brunt of employers’ ire because it hasn’t stopped healthcare costs from climbing as the name suggests it would.
As a result, the ACA is public enemy No. 1.
And now, instead of blaming market conditions, which had healthcare costs on the rise long before the law was passed, employers are blaming Obamacare.
One of their biggest beefs: Not only has the law not reduced costs, it has actually added expenses by way of administrative burdens.

How much is Obamacare increasing costs?

A recent survey (PDF) conducted by the Internal Foundation of Employee Benefits Plans revealed that most employers believe the ACA is driving up healthcare costs this year and — worse yet — we haven’t seen the worst of it.
By how much are employers saying the ACA will increase their health benefits costs in 2015?

Seventeen percent of employers said they expect “no change” in their health benefits costs in 2015 due to the ACA, and just 1% said the law will decrease their costs.
The five biggest cost drivers?

Worst is still to come

As bad as all that looks for 2015 health benefits costs, the worst of the increases are still to come, according to 71% of employers.
The breakdown looks like this:

The biggest cost driver in the future? Gearing up for the excise “Cadillac Tax” on high-cost health plans, which takes effect in 2018.

The good news, at least for employees, is that despite their belief that costs will continue to climb, the majority of employers don’t plan on dropping their health benefits anytime soon.
When asked how likely it would be that they’d still be providing health benefits in five years: