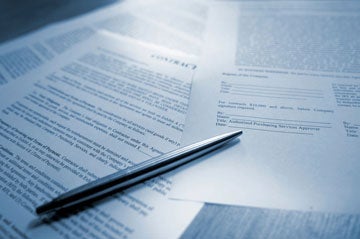 On January 29, President Obama signed into law the Lilly Ledbetter Fair Pay Act, opening a new door for employees who file discrimination complaints over pay decisions. Question: Should HR do a self-audit to make sure the company has no weak spots in its pay system?
First, a quick recap of the law (see “Obama signs Ledbetter Act: What it means to HR”):
The Fair Pay Act, S. 181, alters statute of limitations for pay discrimination claims. It also overrules the U. S. Supreme Court’s decision in Ledbetter v. Goodyear Tire & Rubber Company, Inc. Congress believed the High Court, in Ledbetter, unduly restricted the time period for bringing pay discrimination claims. The new law will will extend the shelf life of claims employees make against their employers.
Under the new law, an unlawful employment practice occurs when:

Now, back to the question(s): Should you do a self-audit? If so, how should you go about doing it? And what records should be examined and retained? And for how long should they be retained?
Record Retention
Because the law is new, and there haven’t been any court cases or rulings, there is no definite answer on how long you should keep pay records. Most law firms that have done a preliminary analysis of the law say you should retain pertinent records “indefinitely.”
Outside of IRS regulations on record retention, the only real guidance you have comes out of federal contracting regulations, which  require retention of  all employment records for a minimum of two years  for larger contractors and one year for on smaller contractors — those with fewer than 150 employees. But no one is saying those limits will apply to Ledbetter complaints.
Self-audit
The first question anyone might ask are: Why should we do a self-audit? What’s the upside? Are there downsides?
Why to do one.  First, realize that there are no provisions under Ledbetter where an employer avoids penalties because of “accidental,” “unintentional” or “uncovered” violations. A violation is a violation. And if one is discovered as a result of a complaint, the employer will pay for it. So a self-audit would serve the purpose of uncovering violations that you didn’t even know existed, simply because no one ever analyzed the pay data for your employer.
How to do one.  The typical self-audit would involve examining written policies relating to pay decisions in (a) starting pay, (b) promotional pay increases and (c) merit pay increases.
Let’s say you don’t have a formal pay structure, with grades and merit increases, and that your managers have wide discretion in setting pay. That could be particularly dangerous in a Ledbetter complaint, and as a result you may want to come out of the audit with some written policies to ensure that managers’ decisions aren’t based on discriminatory factors.
How far back to go.  Courts usually recognize the practical limitations on companies. Some law firms say if you do a an examination of your records for the last two years, that’s considered a valid audit and proof of best intentions.
The downside. Let’s say you do a self-audit and discover a problem in the way you’ve set pay scales. You’re just about obligated to go back and make things right — by, for instance, offering back pay  or backdated promotions to employees who were victimized by the problem.
Why are you obligated? Because about the worst scenario you’ll ever face in court, in case there’s a complaint, is that that you uncovered an instance of a failure to follow the law and did nothing about it. On the flip side, if you went back and did your best to fix the problem and make amends, that’s a plus for an employer facing a complaint.
And remember, except as part of consultation with legal counsel, self-audit records usually are are fair game as evidence in a court fight — for either side. That’s another reason you’ll want to right any wrongs revealed during a self-audit.