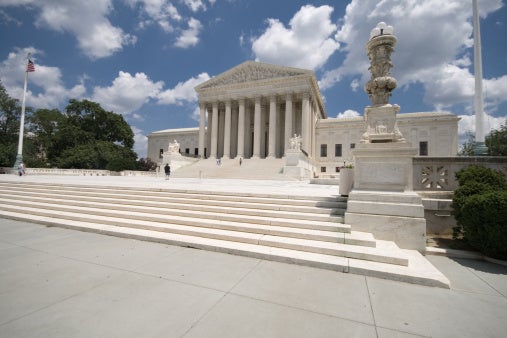 HR pros will want to keep a close eye on a 401k lawsuit the High Court just agreed to take up — because depending on how this unfolds, employees may have even more power to come after their employers for charging excessive plan fees.
The case the Supreme Court will consider is Tibble v. Edison International (EIX), and it revolves around 401k fees and the statute of limitations under the Employee Retirement Income Security Act (ERISA).

‘Imprudent investments’ vs. statute of limitations

An appeal — which was filed by Edison International workers — that eventually made its way to the Supreme Court claims that 401k participants should be able to sue plans over “imprudent investments” — even though a federal appeals court said a federal statute of limitations bars suits over any investments that were added to a retirement plan more than six years ago.
Here’s some background on how we got to this point: Back in 1999, Edison added six mutual funds to its 401k plan.
In the initial lawsuit, Edison employees alleged that the plan improperly bought retail class shares — instead of identical institutional class shares that had lower fees. The workers also claimed that some of the fees on those retail shares were returned to Edison’s 401k service provider, which slashed its administrative costs by $8 million.
As the case meandered through the dockets, two lower courts ruled workers could only sue over the three mutual funds that were added to the plan within ERISA’s statute of limitations — and workers were awarded $371,000 on those funds.
However, Edison employees claim they’re entitled to additional damages on the rest of the fees and are continuing to fight for those funds. As Edison’s attorney Jonathan Schlichter put it, regardless of the statute of limitations, federal law requires a “continuing duty to provide only prudent investment in a plan regardless of when the investments were first selected.”

‘Undermines the security of billions of dollars’

That brings us to the present. At the urging of the Obama administration, which told justices the lower court’s statute of limitations-based ruling “undermines the security and integrity” of billions of dollars in U.S. retirement plan funds, the Supreme Court agreed to hear the Edison appeal.
Edison’s defense centers around the word “action” in ERISA’s statute of limitations. The statute gives workers six years to sue plans after “the date of the last action which constituted a part of the breach or violation.”
Edison’s attorney, Jonathan Hacker, says the statute’s use of the word “action” means an employer generally can’t be sued for failure to remove a fund — unless a specific change in circumstances requires plan administrators to revisit an investment decision.
In defending the statute of limitations, Hacker argued that:

The Supreme Court will rule on this by the end of their term in June of 2015. Should the Court side with Edison, it could open up a huge can of worms for employers. After all, if Edison’s employees are successful in winning a 401k fee suit that pre-dates ERISA’s statute of limitations, what’s to stop other employees trying to follow suit?