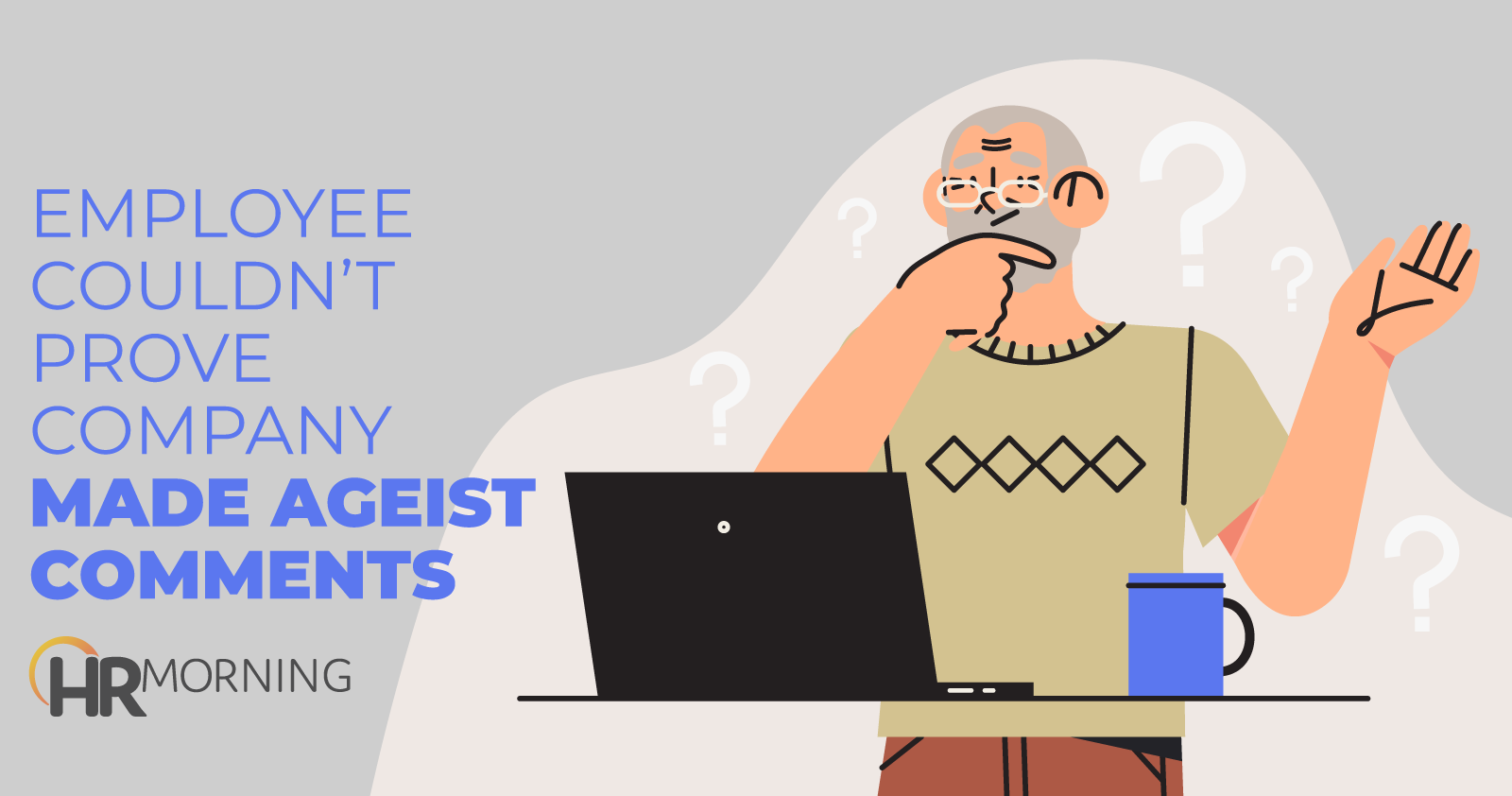 When an older employee is fired, it can be easy for them to think their age had something to do with it. Sometimes they even end up taking their suspicions to court.

But a recent court decision showed that proving age discrimination takes a lot more than a terminated employee suspecting it was because they were older.

Michael Harris worked as a supervisor of the Animal Services Department for the City of Schertz, TX, for three years. When one employee filed a complaint about another, it was discovered that Harris participated in sexual and racial remarks that weren’t acceptable in the workplace. As a result, he was demoted.

Harris filed a lawsuit, claiming he was actually fired due to his age. He pointed out several comments management made about him, including that he “struggled to engage and learn more” and “had not been adequately prepared or mentored.”

Comments need to be clear

While the court found that Harris’s employer couldn’t prove he’d placed the recording device, it also found Harris’s discrimination claim failed. He couldn’t prove a similarly situated employee of a younger age was treated more favorably than him.

Harris’ attorney tried to argue management’s comments implied Harris was “old and slow,” but the court said that inference was “pure speculation.” In order for comments to support an age bias claim, they need to specifically mention age. The court gave examples of phrases like “old fart,” or describing Harris’s appearance as “old man clothes.”

Because management’s comments were performance-related, the court said it couldn’t infer that Harris was terminated due to his age.

This case acts as a reminder that while offhand comments about someone’s age can sway a court, comments about an older employee’s performance will be harder to use as evidence of age discrimination.