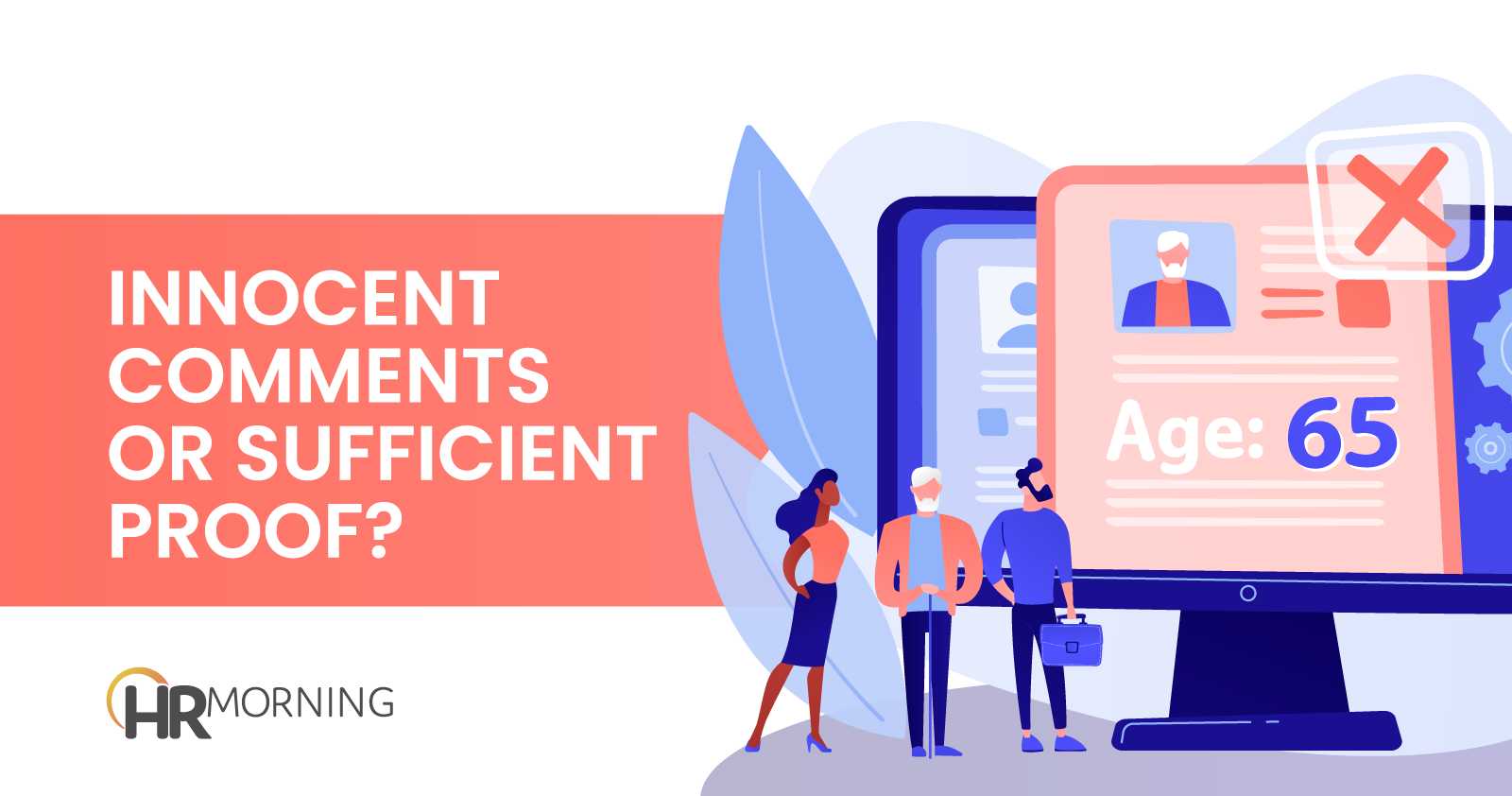 Two former employees who were not rehired following a reorganization did not prove that their former employer discriminated against them based on age, the U.S. Court of Appeals for the First Circuit ruled.

As part of a global reorganization that was implemented to cut costs, a health care company decided to terminate about 1,000 employees.

In doing so, it reduced the number of salespeople in its Puerto Rico district from 14 to three.

Employees who were released were permitted to reapply for positions.

Two Puerto Rico salespeople, aged 57 and 48, were released and reapplied for the same jobs. They were not rehired.

Interviewers said one was not a strong closer and the other presented a relatively weak plan.

To support their claims, they relied on interviewers’ comments that the ideal candidate would have “energy,” be “dynamic,” and have “stamina.” One of the two added the assertion that his interview itself was a pretext for discrimination because the employer had selected other individuals for the job beforehand.

A lower court issued a ruling in favor of the employer, and the applicants sought review from the U.S. Court of Appeals for the First Circuit.

As to the 48-year-old, the court said the discrimination claim “defeat[ed] itself.” Two of the three selected candidates were only a year younger, it noted. “This is simply not a scenario that invites even speculation of age discrimination,” it said.

Nor did the 57-year-old produce sufficient evidence of age bias, the court said. The comments he offered in support of his claim were made in the context of discussions regarding three positions that would have to cover territory previously handled by 14 people, it noted. It was both relevant and accurate to describe the new positions as more demanding, the court explained.

In addition, the interviewers said nothing to indicate that the applicant lacked the desired traits of having energy and stamina and being dynamic. Instead, they said he was weak in other ways that had nothing to do with his age.

Nor did the latter candidate produce enough evidence to prove his allegation that his interview was a farce because the successful candidates had been chosen beforehand, the court decided.