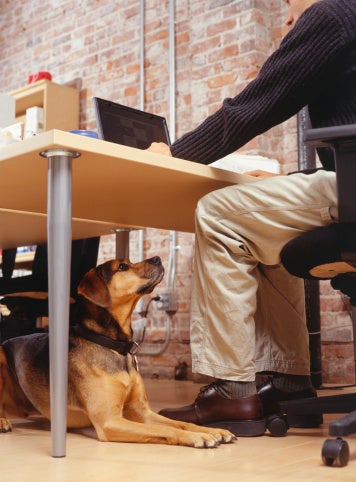 Almost everyone knows how difficult the loss of a beloved pet can be. But is it upsetting enough to qualify for FMLA leave?

One employee, who was having a particularly hard time coping with the loss of his dog, thought so.

Joseph Buck worked as a machinist for Mercury Marine in Wisconsin. One day he called his supervisor, asking for a vacation day to deal with the death of his dog. At the time, Buck did not mention how severely affected he was by this — he had been unable to sleep since putting his dog down. Buck’s employer granted the vacation day.

The next day, Buck called out again, this time sharing that he was still unable to sleep. This counted as an unexcused absence.

That day, Buck went to the emergency room where he was diagnosed with situational insomnia. He received a note from the doctor detailing his condition, which he gave to his supervisor. Despite the note, that day’s absence, as well as several others that followed, were considered unexcused.

After three months, these absences led to Buck’s termination.

Buck filed a lawsuit against Mercury Marine, claiming FMLA interference. But summary judgment was granted in favor of the employer.

The court acknowledged that insomnia can be considered a “serious health condition” under the FMLA, but Buck failed to prove his did.

To be considered serious, the condition must:

The court pointed out that Buck’s only treatment was one visit to the ER. The note he received from the doctor also didn’t categorize the insomnia as chronic, nor did it say Buck was unable to perform essential job functions.

Even if Buck’s insomnia was considered a serious health condition under the FMLA, the court said he still didn’t give his employer adequate notice of his need for FMLA leave. Case dismissed.

While Buck didn’t qualify for FMLA leave, it’s possible that another employee who lost a pet could, as long as they meet the qualifications for a serious health condition.