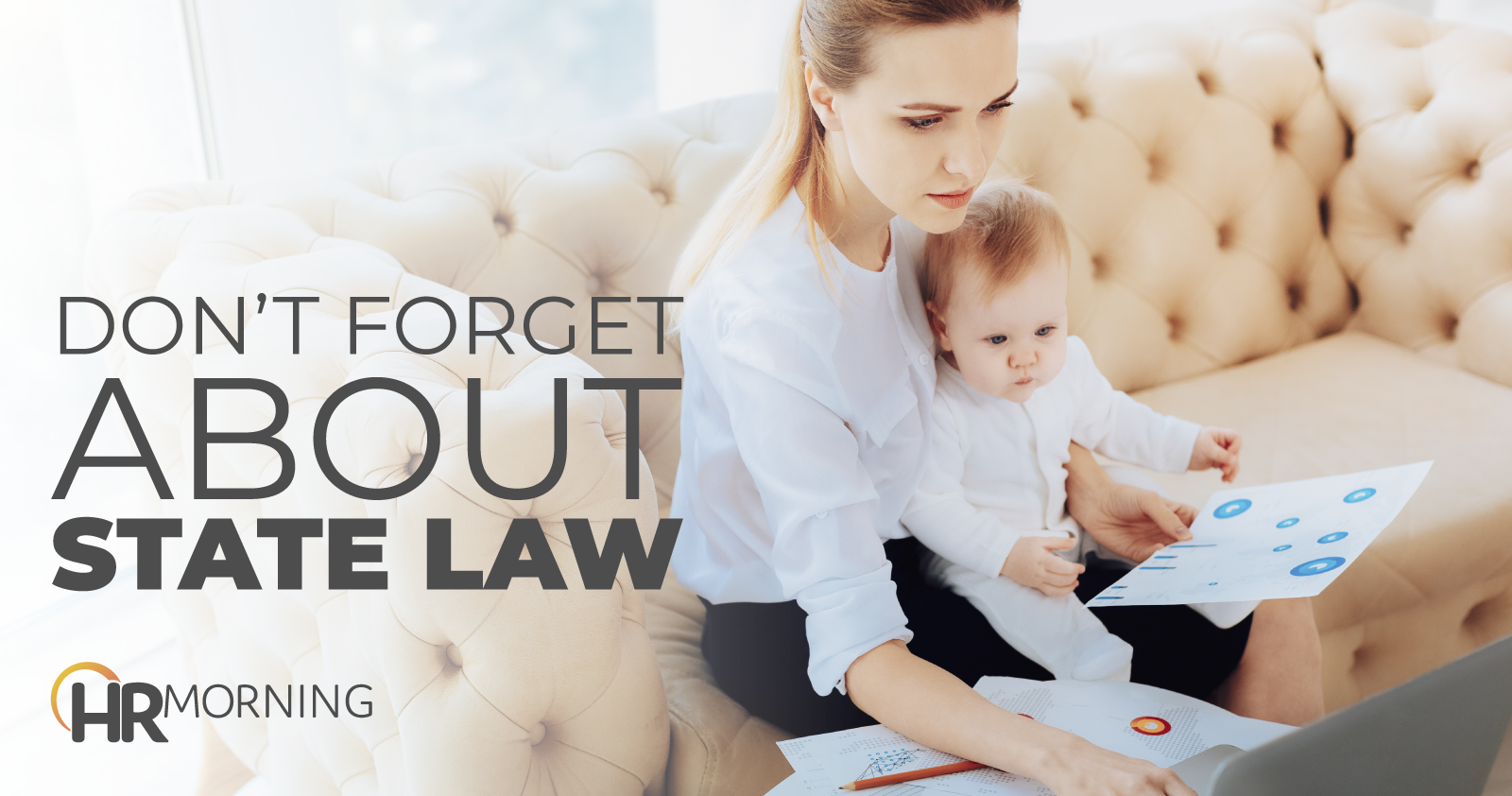 An apparent misunderstanding regarding the relationship between the Family and Medical Leave Act and state law landed this employer in some seriously hot water.

The unnamed employee in this case began working as a marketing director for VCNY Home in around June of 2016. VCNY Home is a New Jersey-based textiles manufacturer and importer.

About a year later, she told her employer that she was pregnant.

The employee gave birth in mid-January of 2018. She began a period of maternity leave under the federal Family and Medical Leave Act (FMLA). That law gives new parents the right to take 12 weeks of unpaid leave.

During that initial leave period, she told her employer that she intended to take an additional 12 weeks of leave after her 12 weeks of FMLA leave.

She said those additional 12 weeks were separately available to her under the New Jersey Family Leave Act.

In response, the employer told her by letter that FMLA leave and leave under the state law run concurrently. The letter told her to return to work by a specified date in mid-June of 2018. If she didn’t, it added, the employer would view her refusal to return as a resignation.

They Can’t Both Be Right

So who had it right? According to the New Jersey attorney general, the employee got it right and the employer got it wrong. In other words, leave under the federal and state laws runs consecutively, not concurrently. And that meant the law gave the employee the right to take the full 24 weeks that she sought.

The employee filed an initial complaint with the state’s Division on Civil Rights in April of 2018. She said her employer violated the state’s family leave act.

After she filed her complaint, the employer permitted her to take leave under the state law.

She returned to work near the beginning of July of 2018. The employer then began a campaign of harassing and retaliatory behavior, she said.

She said the employer redirected a workplace security camera so that it pointed directly at her workstation.

In addition, she said the company’s chief operating officer made a demeaning and inappropriate joke. He allegedly said, “So how old is your daughter? Six years old by now?”

The employer also excluded the employee from meetings and took away some job responsibilities, she alleged.

She also said the employer retaliated against her by telling her she had to take a two-week business trip to India and China. She asked to delay the trip until she was no longer exclusively breastfeeding her newborn daughter. And she supported that request with a note from her physician.

The employer denied the request. It then terminated the employee near the beginning of October of 2018. Why? It said it let her go because she was either unable or unwilling to perform an essential job function.

The employee then amended her complaint with the state. She added allegations that the employer illegally denied her a reasonable accommodation relating to breastfeeding. And she said it terminated her employment in retaliation for her earlier complaint against it. The amended complaint asserted a violation of the New Jersey Law Against Discrimination.

The parties eventually participated in mediation proceedings, which produced a consent order and decree in February of this year.

Under the terms of the decree, the employer will pay the employee $195,000.

It further agreed to review and revise as needed its policies and procedures, including those specifically related to discrimination and harassment.

The employer will also train its human resources employees, supervisors, managers and owners regarding the requirements of the two state laws at issue.

It will also submit compliance-related reports to the state for three years.

Although it agreed to enter into the consent decree, the employer denied that it violated state law and did not admit to liability.

Here’s the takeaway for employers.

First, the federal FMLA’s mandate of 12 weeks of unpaid leave sets a floor, not a ceiling. States are free to be even kinder to employees by supplementing that total, just as New Jersey has done.

Second, when both federal and state laws address the same topic, it’s vitally important for employers to understand precisely what they say — and how they relate to one another.