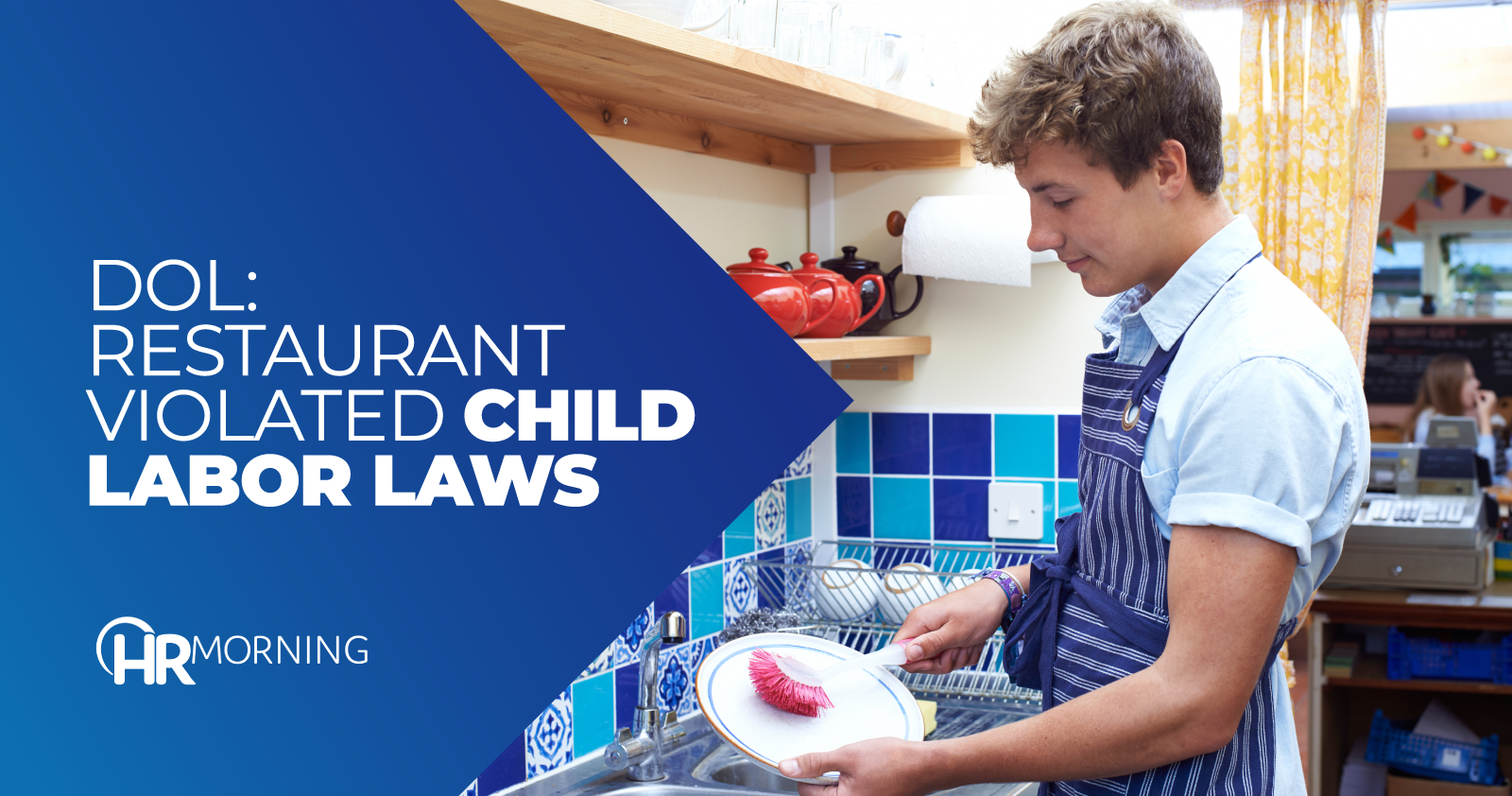 A New York federal court granted a temporary injunction that ordered a company to stop using “oppressive child labor” and to comply with a Department of Labor (DOL) investigation.

According to the DOL, a restaurant violated the child labor provisions of the Fair Labor Standards Act (FLSA) by employing 14-year-olds to work after 9 p.m. on two consecutive Sundays in June. Moreover, when the employer was confronted about the illegal practices by DOL investigators, the defendants “took steps to obstruct the investigation,” according to the DOL.

The DOL sought a temporary injunction that would enjoin the company from any further use of oppressive child labor and also order it to comply with the investigation.

To get the order, the DOL had to show: 1) it was like to succeed on the merits; 2) that the order was necessary to prevent irreparable harm; 3) that balance of equities tip in its favor; and 4) that restraining the defendant’s conduct was in the public interest.

To establish an oppressive child labor violation, the DOL had to show: the minor child’s age; that the minor performed work for an employer that was not a parent; and that the work occurred after 9 p.m.

Here, the DOL alleged that Minor 2 informed DOL investigators that she was 14 years old. She was not a child of the employer. Moreover, investigators had witnessed the minor “engaged in multiple activities integral to defendants’ business.” Specifically, investigators observed Minor 2 “clearing beer bottles and empty cups and cleaning hookahs at 10:37 p.m.”

As to the interference claim, the DOL claimed the employer became “belligerent” and “refused to cooperate with the investigation” and also “prohibited their employees from speaking with the investigators” – which allegedly violated Section 11(a) of the FLSA.

Based on the allegations, the court said the DOL was likely to show the company violated the FLSA.

It also noted that the DOL established the risk of irreparable harm, as “Minor 2 will suffer irreparable harm” through “oppressive child labor,” and the DOL hasn’t been able to conduct “a full and complete investigation” of the employer’s labor practices.

Moreover, Congress has established that “oppressive child labor” is “detrimental to the public,” so it was in the public interest to restrain the employer’s conduct.

It granted the temporary injunction sought by the DOL and gave notice that it would be converted to a preliminary injunction unless the defendant showed cause why it should not be within seven days.