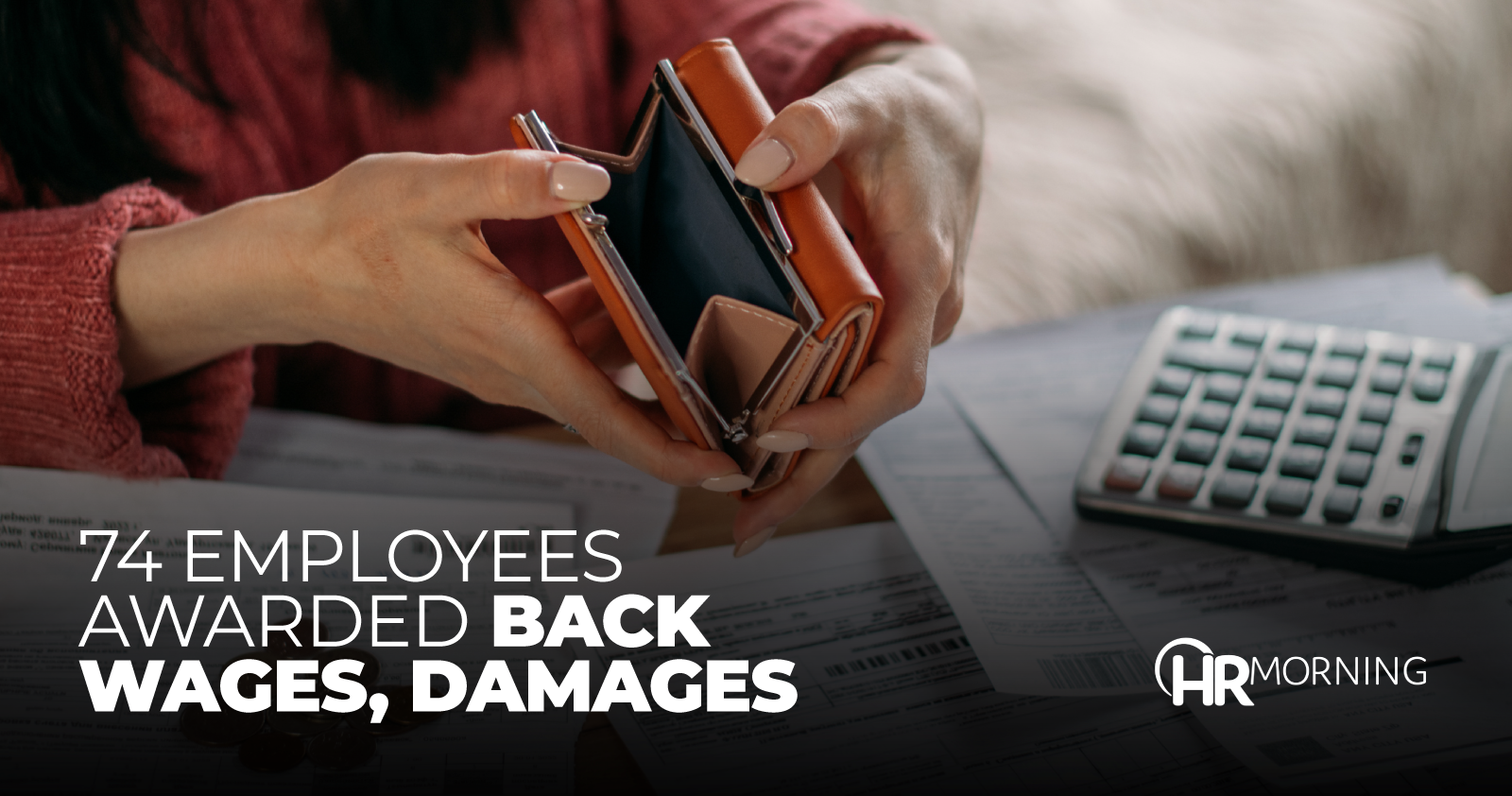 A Connecticut federal court has ordered three bakeries to pay nearly $1 million in back wages and damages to 74 employees to resolve violations of the Fair Labor Standards Act (FLSA).

Specifically, it found the bakeries paid employees who worked more than 40 hours per week straight time rather than time-and-a-half for their overtime hours. The bakeries also failed to comply with recordkeeping requirements, the DOL found.

As an FYI, the majority of the affected employees worked as bakers and counter staff. Last year, the food service industry topped the DOL’s Low Wage, High Violation Industries list, with the DOL recovering back wages for 29,209 food service workers. The construction industry took the No. 2 spot (with 21,341 affected workers), and the healthcare industry rounded out the top three (17,079).