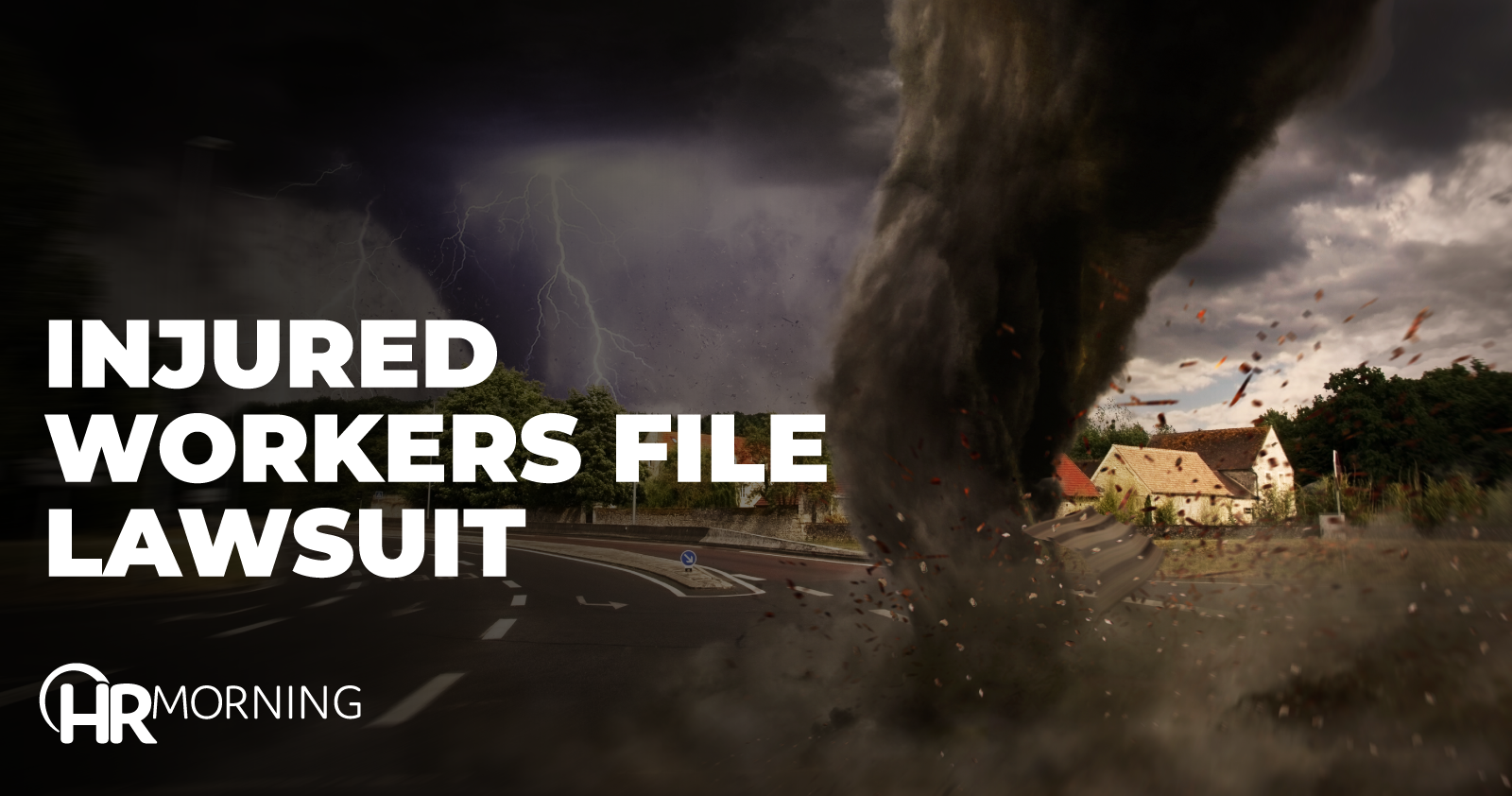 In what may be the first of many similar suits to follow, a group of workers from the candle factory that was leveled by a devastating Kentucky tornado have sued their employer.

The group says the employer illegally subjected the workers to unsafe working conditions.

According to the suit, the first tornado warnings sounded at the factory at approximately 6 p.m. on December 10.

Instead of sending workers home, the employer told them they might be fired if they left, the suit alleges.

More Warnings, and Then …

The tornado hit at about 9 p.m. on the same night, as warning sirens sounded again. There were more than 100 people in the building at the time, the suit asserts.

The factory did not withstand the tornado’s force. Eight people were killed, and the plaintiffs in this case were injured.

The suit, filed in a Kentucky state court, seeks compensatory and punitive damages.

The employer has denied the suit’s allegations, saying employees were free to leave without threat of retaliation. And it says it has hired experts to review what happened and evaluate its emergency planning.

Federal law requires some employers, such as those that deal with hazardous chemicals, to develop an emergency action plan. Of course, it’s most prudent for all employers to have such a plan in place.

Do You Have a Plan?

So what does a good plan look like? What does it cover?

A good plan accounts for all emergencies that could take place at the workplace. It is based on an assessment aimed at identifying hazards that can lead to an emergency.

According to OSHA, a good plan includes, at a minimum:

Don’t get caught off guard. If you have an emergency action plan, review it. And if you don’t, create one now.