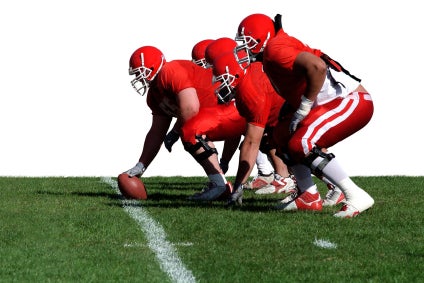 While it may come as no surprise the NFL has strict rules about cheerleaders’ appearance and conduct, the league might be in trouble for not imposing similar rules on their players.
Bailey Davis, a cheerleader for the New Orleans Saints, was recently fired for posting a photo of herself in a revealing outfit on Instagram. This violated the NFL’s code of conduct, which states cheerleaders cannot pose for photos semi-nude or in lingerie.
But Davis filed a complaint with the EEOC, claiming the reason for her firing was discriminatory. There are dozens of rules restricting what the female cheerleaders can do outside of work, yet the same rules don’t apply to the male football players — they can post whatever photos they want.

The cheerleader code of conduct has many appearance-based rules, such as hygiene guidelines and an “ideal weight” requirement (Cincinnati cheerleaders can’t go more than three pounds over that).
But the rules at the center of this complaint are the ones that apply to the Saints cheerleaders when they aren’t performing:

Davis’s complaint is that these rules do not apply to the players. They are free to initiate contact with cheerleaders and eat in a restaurant despite any cheerleaders already being there — the burden is on the cheerleaders to ignore players’ advances or to leave the restaurant.
The Saints are defending the rules, however, saying they are in place to protect cheerleaders from harassment. But Davis’s lawyer points out the discriminatory nature of this thinking:

Employment attorney Jon Hyman, of Ohio Employer Law Blog, says it all comes down to whether the cheerleaders and the players are similarly situated.
Businesses are allowed to have different sets of rules for different groups of employees, and it doesn’t really seem like cheerleaders and players are similarly situated. If certain rules applied to female cheerleaders but not male ones, for example, then Davis would have a stronger case of sex discrimination.
However, Hyman says that businesses should be wary of having rules that strictly apply to employees who happen to be one gender. Employers should ask themselves: Is there a legitimate need for rules to only apply to this group?