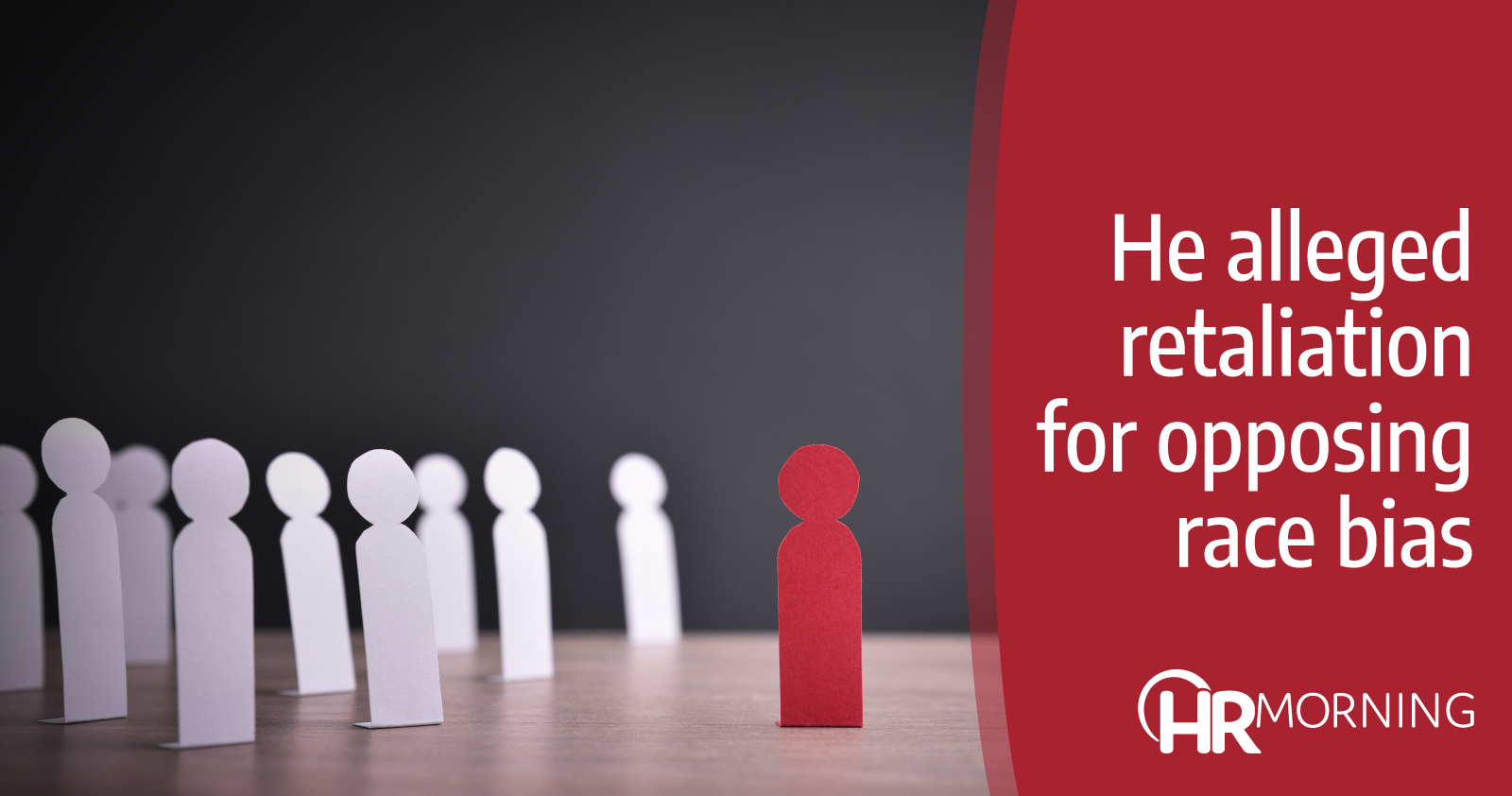 A federal appeals court upheld a jury’s decision to award more than $5 million to a former IBM worker who said he was discharged for opposing what he believed was unlawful race bias.

The case was filed under Washington state law, but it applies a rule that exists under federal laws against discrimination as well: Employers cannot retaliate against employees for opposing an unlawful employment practice.

That means the net banning unlawful employment practices is wide enough to prohibit more than just direct discrimination against members of protected classes, such as race.

In this case, for example, the plaintiff was a white employee who opposed alleged race bias against a Black subordinate.

And while the latest decision in this case calls for a partial reduction of the jury’s total award of $11 million, it does not disturb its award of $5 million in economic damages.

Before the events that led to this lawsuit, Scott Kingston enjoyed a long tenure of employment with IBM as a sales team manager. He worked for the company for almost 18 years, and he received a positive performance review shortly before he was terminated in April of 2018.

Among his subordinates were Nick Donato, who is white, and Jerome Beard, who is Black.

In June of 2017, another sales division asked Kingston’s team for help closing a big deal. Kingston assigned the deal to Donato, and it paid off in a big way. The sale was for more than $18 million, producing an uncapped commission for Donato of $1.6 million. Donato worked on the deal for about 10 days.

At around the same time that Donato received that commission, Beard lost millions on other deals when IBM capped two commissions he earned.

The court said Beard’s commissions were capped at the insistence of a group vice president. But Donato’s commission was not similarly capped. In fact, IBM policies barred such caps for employees, like Donato and Beard, who worked under what was known as an Individual Quota Plan.

In November of 2017, Kingston learned that IBM was capping Beard’s commissions on his deals.

He said he immediately told a company executive that capping Beard’s commission “was a violation of the company’s policies and potentially the laws.” He said he also complained specifically about the fact that Donato had recently received an uncapped commission while Beard did not. And he said there was a “possibility of racial discrimination and the fact that it was an appearance that would be hard to overlook.”

Kingston said he soon repeated his concerns to others, including his supervisors.

IBM terminated Kingston’s employment in April of 2018, purportedly because he improperly gave Donato the deal that led to the big commission without adding a quota requirement for the account.

Race bias or not?

He later sued, claiming in part that the real reason he was let go was retaliation for opposing the company’s alleged race bias toward Beard.

The trial court denied IBM’s motion for judgment as a matter of law, a new trial and remittitur (essentially a request to reduce the amount awarded). IBM filed an appeal.

The U.S. Court of Appeals for the Ninth Circuit said there was enough evidence for the jury to permissibly infer that IBM terminated Kingston’s employment substantially because he opposed what he thought was race bias and the wrongful withholding of Beard’s earned wages.

Therefore, it concluded that IBM was not entitled to judgment as a matter of law or a new trial.

The court did find, however, that the award of $6 million in non-economic damages was too much. It said Kingston’s “distress does not appear to have been significantly greater than what anyone might suffer from being fired.” The $6 million number was “shockingly excessive” and must come down, it ruled. Sending the case back to the trial court for a reduction of that amount, it noted its finding that no Washington court has upheld a non-economic damages award of more than $1.5 million in a wrongful termination suit.

Under federal law, unlawful retaliation occurs when an employer takes a materially adverse action against an employee because that employee has engaged in a protected activity: that is, any activity that furthers federal EEO laws.

These laws include Title VII, the ADA, the Age Discrimination in Employment Act and the Equal Pay Act.

The Equal Employment Opportunity Commission has advised that there are essentially two types of protected activity: participation and opposition.

Participation consists of activities such as making a charge, testifying or assisting in an investigation, proceeding or hearing.

The opposition prong, on the other hand, bans retaliation against employees who oppose any practice that is made unlawful by EEO laws.

Employers should not lose sight of the breadth of this prohibition, as it can significantly compound legal problems. Here, for example, IBM was hit with separate lawsuits by Beard for race bias and Kingston for retaliation.