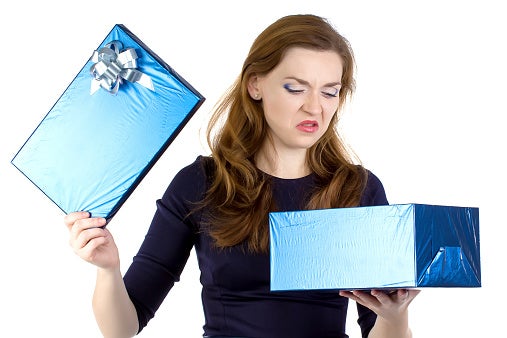 When it comes to gift-giving, it’s the thought that counts. But things can get pretty awkward when gifts are downright thoughtless.
Almost everyone has received a gift that was either unusual or lame, but FastUpFront, a small business news blog, has assembled a list of the cheapest or most insulting gifts that had employees wondering why their companies even bothered:

Here are some more cheap gifts from the list: