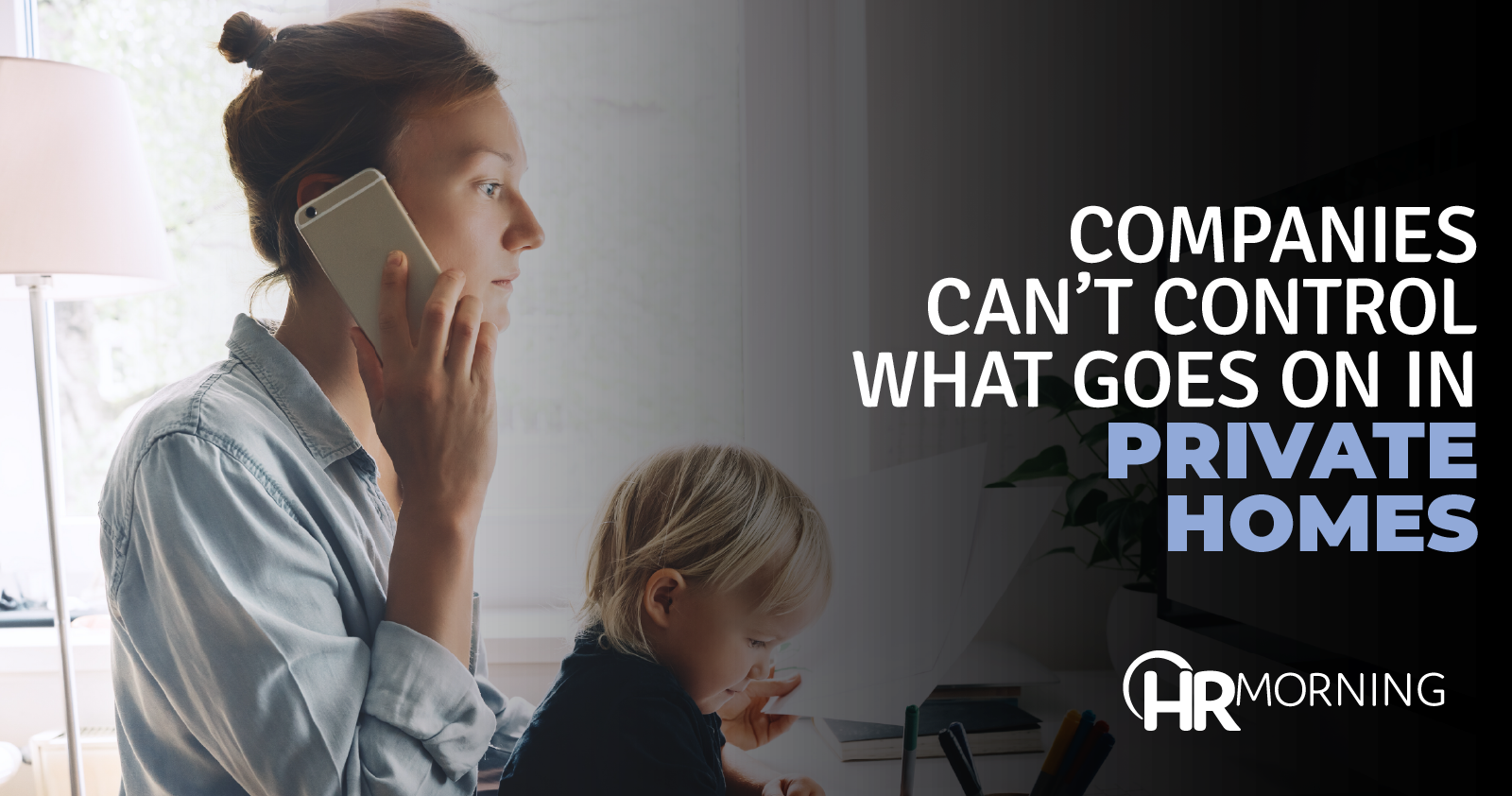 It’s always been an employer’s duty to keep the workplace safe for employees. But ever since the pandemic and remote work, the line between home and the workplace has blurred.

This has resulted in many employers wondering if they’d be responsible for the safety of a remote employee’s home — since that’s their workspace.

The answer is … it depends. And a recent court case in California had a judge draw the line at what an employer’s responsible for in remote workers’ homes.

Injured in the home

In a tragic and disturbing case (Colonial Van & Storage Inc., v. Superior Court), a remote employee invited several co-workers to her home for dinner. During the dinner, the employee’s son — a veteran with a history of PTSD — got his hands on a gun and used it to injure several guests and kill one.

The victims of this tragedy wanted to hold the employer responsible, arguing that Colonial Van and Storage had a duty to ensure that home was safe for its workers.

But the California appeals court ruled in favor of the employer. It said the company had no control over the employee’s home. While the company did get some commercial benefit from the home, since the remote employee did perform work there, it wasn’t enough to create a duty to ensure it was safe.

The court said that ruling in favor of the employees would have “sweeping consequences” for employers in this regard, adding “holding every employer absolutely liable for any injury suffered at home by working-from-home employees would be extremely onerous.”

Additionally, it would essentially invite employers to modify and surveil employees’ private homes, the court said.

When employers are responsible

That being said, there are instances where an employee’s injury at home could be compensable under workers’ comp, if they can prove the injury occurred while they were doing something work-related.

Many courts have found that even though an employer is unable to control the conditions of an employee’s home, it can still be held responsible for the injury if the worker was acting in the interest of the company at the time the injury occurred.