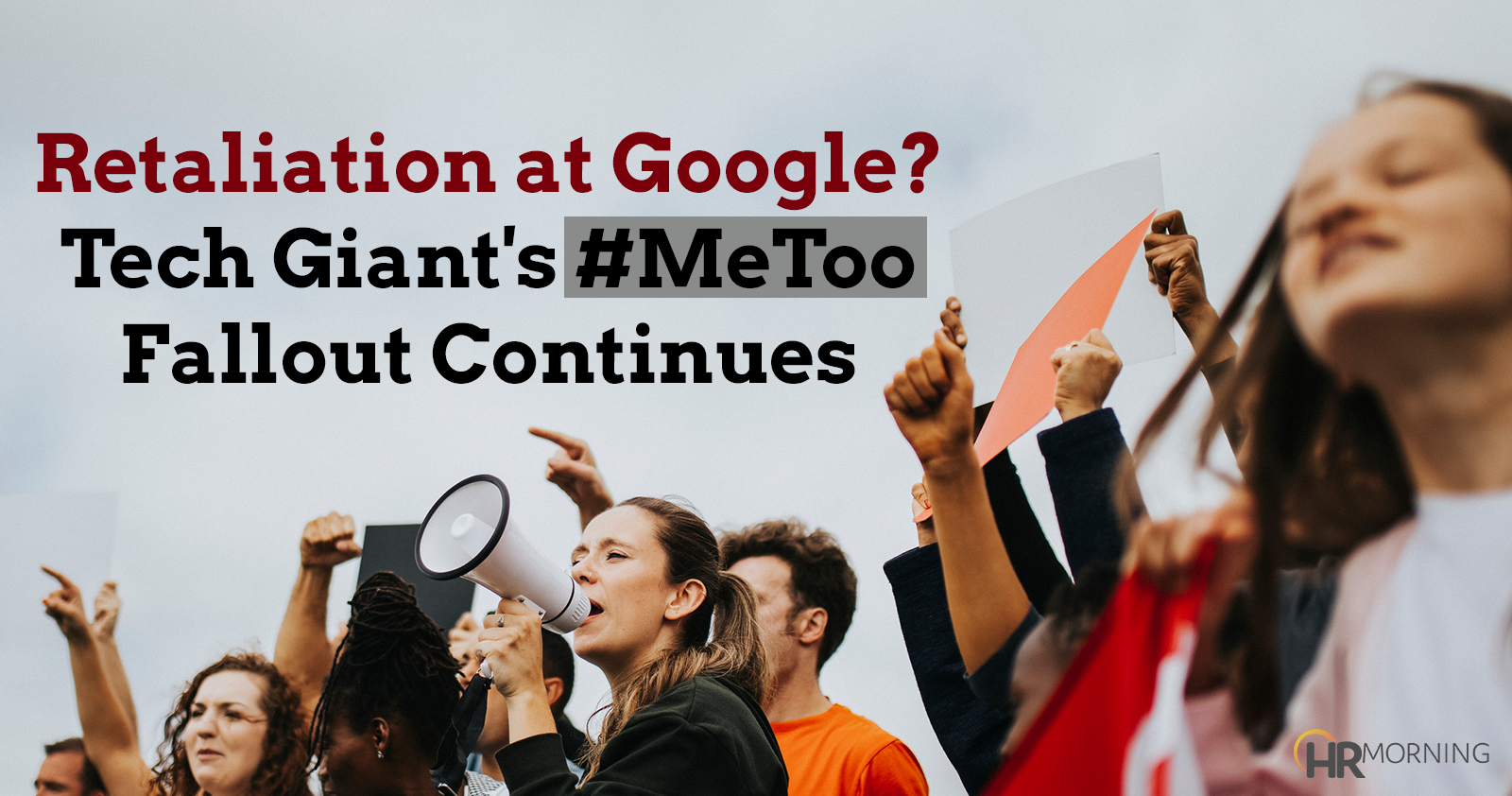 Google is back in the #MeToo spotlight, this time for allegedly retaliating against employees who say the company doesn’t protect workers against sexual harassment.

Five months after more than 20,000 of its employees walked off the job to protest what they described as a company culture that has allowed a “history of harassment, discrimination, and protecting abusers,” two of the protest organizers say they are facing retaliation.

Meredith Whittaker and Claire Stapleton sent an open letter to Google employees on April 22, detailing job changes that they perceive as retaliation against their very public allegations. The letter, sent to internal company mailing lists, was published by Wired.

Pushed out, demoted in retaliation?

Whittaker, who has been a leader in Google’s artificial intelligence ethics and bias research efforts, said in the e-mailed letter that she has been told to abandon that work and move to a different role, or leave the company. Google disbanded its Advanced Technology External Advisory Council in April 2019 just a week after announcing the AI ethics council but said, “We’ll continue to be responsible in our work on the important issues that AI raises.”

Stapleton said that two months after the walkout, she was demoted, her work was moved to other people and, after she complained to HR and an executive, she was “told to go on medical leave, even though I’m not sick.” The 12-year Google veteran’s demotion was reversed after she hired a lawyer, she said, but a hostile work environment makes her consider quitting every day.

The employees say in their letter that stories from co-workers describe “an environment where people who stand up and report discrimination, abuse, and unethical conduct are punished, sidelined, and pushed out. Perpetrators often go unimpeded, or are even rewarded.”

They are holding a “Retaliation Town Hall” on April 26, inviting employees to share their stories of harrassment and retaliaion and to develop a response.

Google released a statement in response to inwquiries about the letter, saying, “We prohibit retaliation in the workplace, and investigate all allegations. Employees and teams are regularly and commonly given new assignments, or reorganized, to keep pace with evolving business needs. There has been no retaliation here.”

While few companies facing charges of harassment and retaliation are as high-profile as Google, social media and traditional media have an endless appetite for stories like this.

In this new reality, all employers need to be constantly vigilant that their harrassment and retaliation policies, investigations, and response can stand up to public, as well as legal scrutiny.