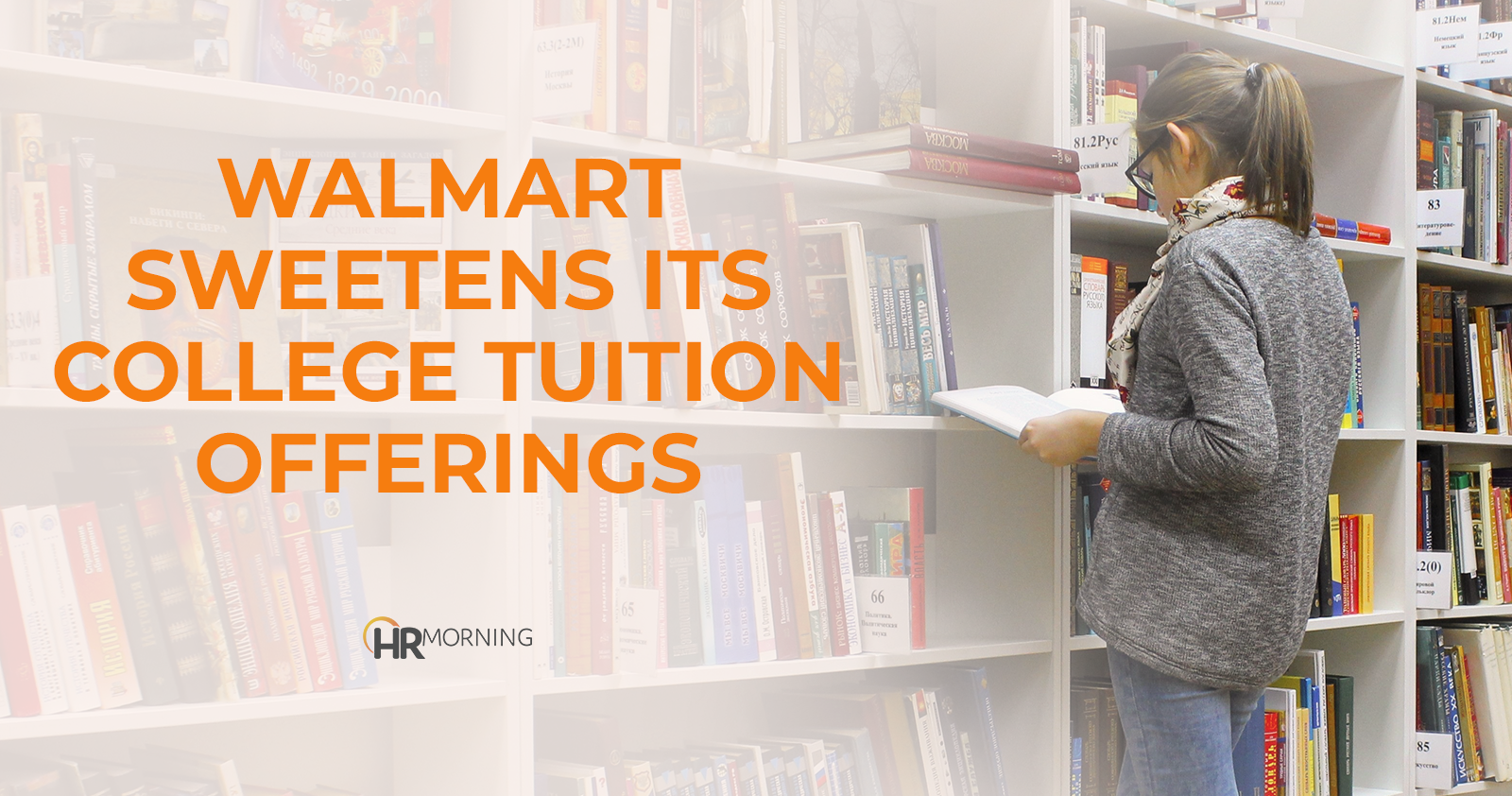 As it struggles to fill open positions, Walmart is redoubling its efforts to attract high school students by sweetening its tuition assistance offers with free SAT and ACT prep as well as extending its $1 per day college degree program, according to published reports.

Walmart is also offering graduation bonuses of up to $1,500 to select associates who earn their degree while employed there.

The retailer announced this week it will also subsidize the cost of tuition, books and fees at six non-profit colleges, including the University of Florida.

Students who go through the program while they work at Walmart will be eligible for various types of bachelor’s and associate degrees, such as computer technology, business management and supply chain management.

Employees become eligible for program after working at Walmart for 90 days.

Unemployment in the United States has fallen to its lowest levels in decades, posing a challenge for even the largest private employer in America.

Earlier this year, Walmart raised its starting hourly wage from $9 to $11 and began offering paid parental leave and adoption benefits to full-timers.

Walmart employs more than 1.5 million U.S. workers, of which just 25,000 are in high school today. That’s below the retail industry’s entry-level average, according to Walmart.

Though retail jobs were once attractive to high school students, Walmart blames scheduling difficulties for the growing difficulty of luring high schoolers.

And they are far from the only company having trouble finding high school students.

The youth employment rate has been declining for years as fewer teens enter into the workforce.

That’s because many high schoolers are focused on activities that are more likely to get them into a good college, like summer internships or volunteer programs.

But Walmart believes its offerings, along with flexible scheduling and the option of working steady shifts, can cut into that.